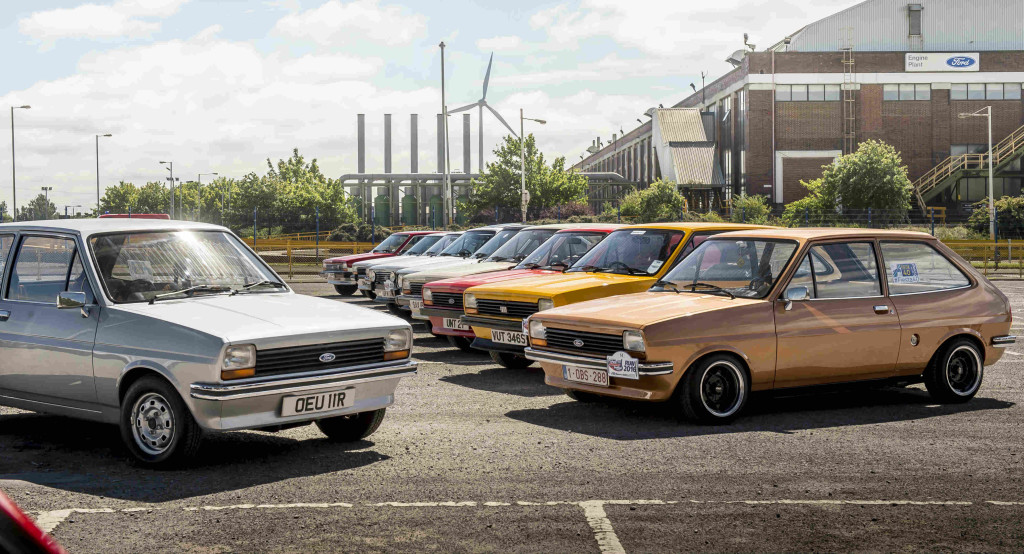 When Ford launched the Fiesta 40 years ago in 1976, few could have predicted the phenomenal success story that was going to unfold over the coming decades.

In 2014, the Fiesta became the UK’s best-selling car of all time, overtaking Ford’s own Escort. It is not only the best-selling car in the UK this year, it has been the UK’s most popular car every month for the last seven years.

The original Ford Fiesta Mk I began production in the all-new Valencia factory in 1976 and sales in the UK started in 1977. Here’s a timeline of the European-American supermini:

1975 – Fiesta name chosen personally by Henry Ford II for its alliteration with Ford, its spirit and its celebration of Ford’s new connection with Spain.

1976 – Production of first Fiesta begins in Valencia, Spain in May; car is initially available in 1-litre and 1.1-litre Ghia versions.

1983 – Aerodynamic Fiesta Mk II is introduced; the new model is longer, more fuel-efficient and available as 1-litre and 1.1-litre, with the 1.3-litre model launched later fitted with a fifth gear for its transmission.

1989 – Fiesta Mk III launched with anti-lock brakes (the first small car so equipped) and lean-burn engines in 1-litre and 1.1-litre capacities; car featured an increased wheelbase and a longer, wider body shape with a five-door format available for the first time.

1996 – Introduction of the new Fiesta Mk IV with all-new rounded, aerodynamic shape and oval grille, powered by a choice of 1.25-litre, 1.4-litre and 1.6-litre petrol engines.

2012 – New-generation Mk VII model is the first Fiesta to come with the 3-cylinder 1-litre EcoBoost engine and Ford’s MyKey technology that would become a mainstay in many subsequent Ford vehicles.

Read our review of the 1-litre Ford Focus.

Read our review of the 1-litre Audi A1.