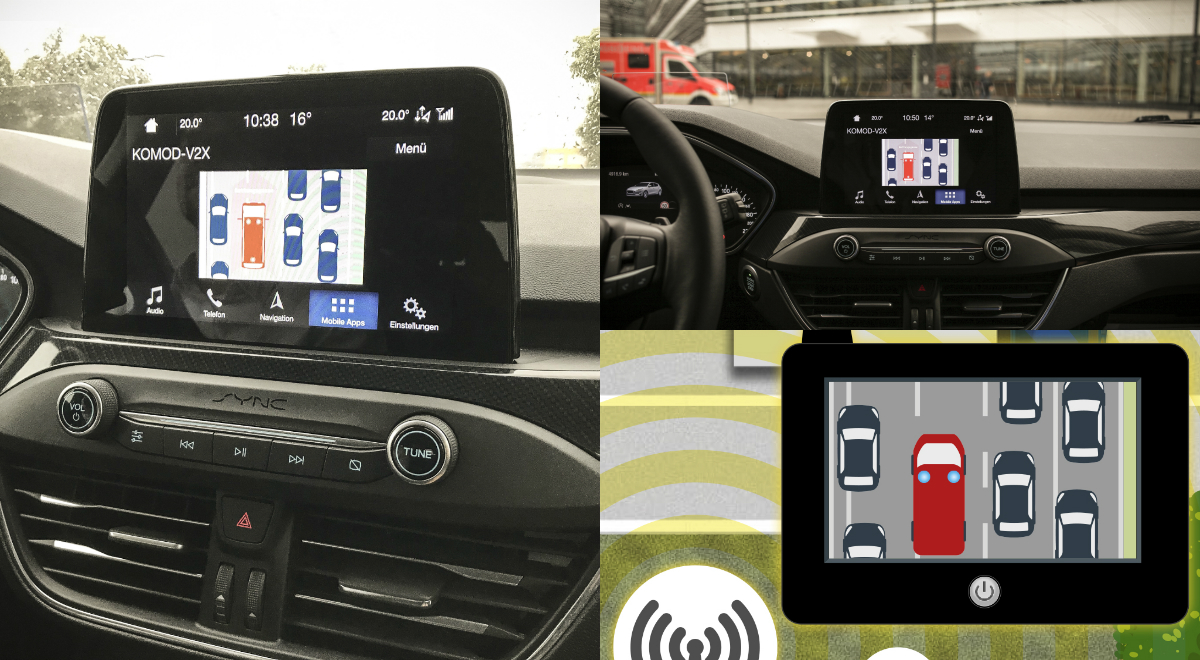 Ford and Vodafone are testing connected vehicle tech that can automatically warn other drivers of accidents ahead and shows how to get out of the way of emergency vehicles such as fire engines, ambulances and police cars.

The consequences of blocking the progress of emergency vehicles and thus delaying their arrival at the scene of an accident could prove fatal. In fact, experts believe that survival rates for road accident victims can be improved by as much as 40 percent if they receive treatment just four minutes more quickly.

Together with Vodafone, Ford is now testing connected vehicle technology that could alert drivers to an accident ahead moments after it has happened. Furthermore, the system can provide early warning that emergency vehicles are approaching and inform drivers which side of the road they should move towards to avoid being an obstruction.

The system is designed to create an “emergency corridor” along which fire engines, ambulances and police vehicles can reach their destinations more quickly; and is being trialled as part of KoMoD (Kooperative Mobilität im digitalen Testfeld Düsseldorf), a €15 million project for the practical testing of new connected car technologies and automated driving.

Already, in the event of an accident, “eCall” functionality, which is available on the latest Ford Focus, can automatically call emergency services, and enables occupants to do so manually by pushing an SOS button inside the car.

Anticipating a future where all vehicles communicate with one other via mobile phone networks and embedded modems, Ford and Vodafone are now exploring how “eCall Plus” might also inform other drivers that there is an accident ahead, across a range of up to 500 metres. Attending emergency vehicles would also issue the warning, using in-car displays to show the correct “emergency corridor” formation.

On two-lane roads, “emergency corridors” are created in between the two lanes by drivers pulling over to either side. If there are more than two lanes, then it depends whether the rule of the road is to drive on the left or the right. For those countries where motorists drive on the right, the corridor is created between the lane on the far left and the lane directly alongside. But even in those countries where it is already a legal requirement for drivers to take this approach, many drivers still do not comply. In Germany, a survey revealed that almost half of all drivers don’t know how to form an “emergency corridor”.

The new technology complements Emergency Vehicle Warning technology that Ford is also testing at KoMoD. This sends a signal from the ambulance, fire engine or police car directly to nearby drivers, so that they will know the exact location of the vehicle and how far away it is. This can be especially useful in urban areas, for example at a crossroads, where it might be difficult for drivers to immediately know where the siren is coming from.

SCDF emergency vehicles: What to do when you see them coming

SCDF emergency vehicles: What to do when you see them coming