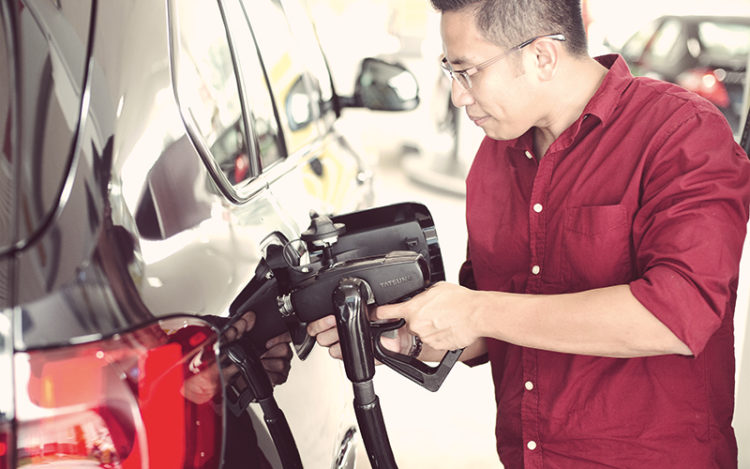 The author had faith in the X5 M50d’s frugality, but topped up the tank (to almost overflowing) before starting off, just to be safe.

DAY 1
So my mission started routinely enough at the dealer, Munich Automobiles. After being given a quick “tour” of the car, I signed a form that said should something untoward happened to it, I would suddenly find myself the proud owner of a (potentially rather banged-up) X5 M50d. Needless to say, this is an eventuality I was keen to avoid. After all, I’m fairly sure I don’t have $467,800 in my bank account.

All formalities aside and bags packed into the cavernous 650-litre boot, it was finally time to set off. But first, a trip to the nearest petrol station. With the tank filled to near-overflowing, the X5 M50d’s trip computer told me it had a remaining range of 777km. A good sign, since the total distance to KL and back again (according to the sat-nav system) was only about 700km.

Unfortunately, in spite of the gobsmacking punch the X5 can deliver, and because I wasn’t competing in the Asian edition of the Carrera Panamericana, I needed to conserve every drop of fuel in its tank if I wanted to spare myself the embarrassment of calling my colleagues to meet me near Malacca with a jerry can full of diesel.

So with that in mind, I kept to the left lane and maintained a speed of about 110km/h. This nearly had me weeping, especially since sweet, sweet power was just a (very gentle) flex of the right foot away. 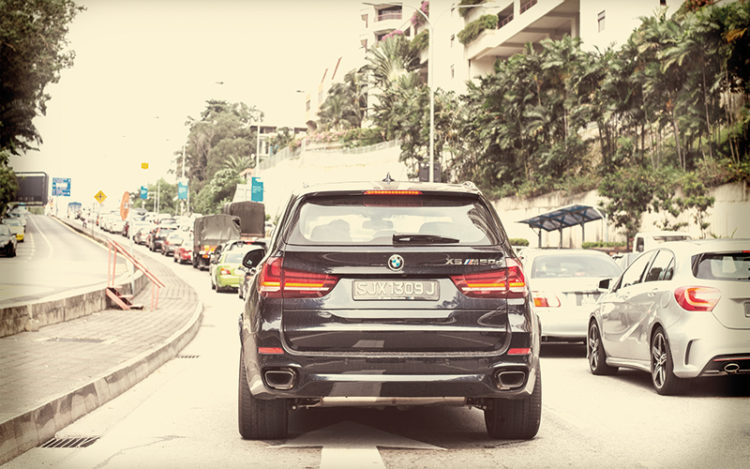 Adding insult to injury were the countless Perodua Kelisas, Proton Sagas and, yes, even “cub zhais” (the ubiquitous Honda Cub and its equivalents) overtaking the X5.

But non-white-knuckle driving did have its advantages. It allowed me time to notice how the car soaked up road undulations and less-than-perfect tarmac with aplomb. This was in spite of how it’s running on massive 20-inch alloys shod with low-profile, performance-biased rubber.

Eventually, the car and I reached KL, and because of my slow-and-steady pace (more slow than anything), I arrived smack in the middle of rush hour. The X5, though, handled itself superbly, its tri-turbo motor’s crushing torque output helping to close down gaps in traffic without much apparent effort.

Thankfully, being mired in the KL gridlock didn’t bruise the X5’s fuel economy all that badly – a quick check showed I averaged 8.8km/L up to that point. It’s a fair bit less than BMW’s claim but still quite creditable, considering the sheer mass of the car in question (4886mm long and weighing 2265kg).
I wasn’t too worried, though, as I had just over half a tank of fuel in the “bank”, which would yield me a range of some 450km.