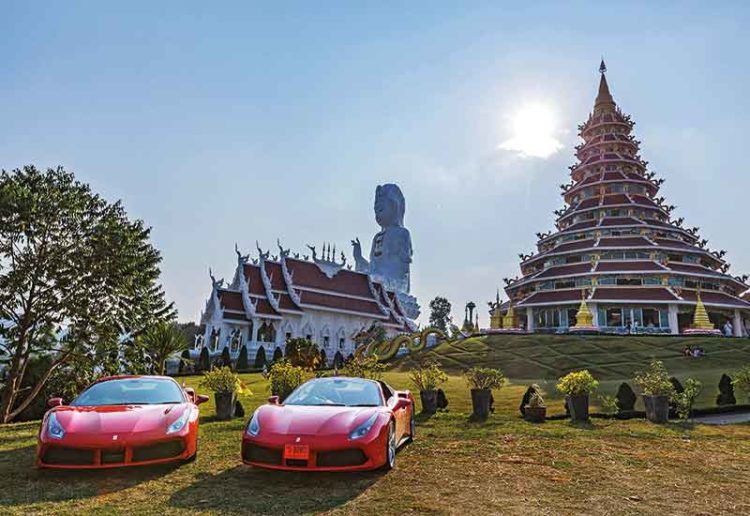 Every Ferrari driver has heard this one before: “Car so fast, where can drive?”. Chiang Rai is the answer in this case. I’m in the picturesque northern Thai state for a one-day, Southeast Asian version of grand touring.

The airport transfer through Doi Luang National Park’s serpentine roads already whets my appetite. Here are roads of the type that Prancing Horses were born to gallop on.

Taking pride of place on Le Meridien Chiang Rai Resort’s front driveway are two 488 Spider convertibles and a 488 GTB coupe. I make a beeline for the Rosso Red drop-top and awaken its turbocharged 3.9-litre V8.

Instantly I realise this is not German. From the sensual lack of right angles to the sat-nav’s insistence on calling “Unnamed” what Google Maps clinically identifies as “Route 1130”, the sense of theatre is palpable. Merely pulling out of the carpark onto the main road is a vivacious experience. 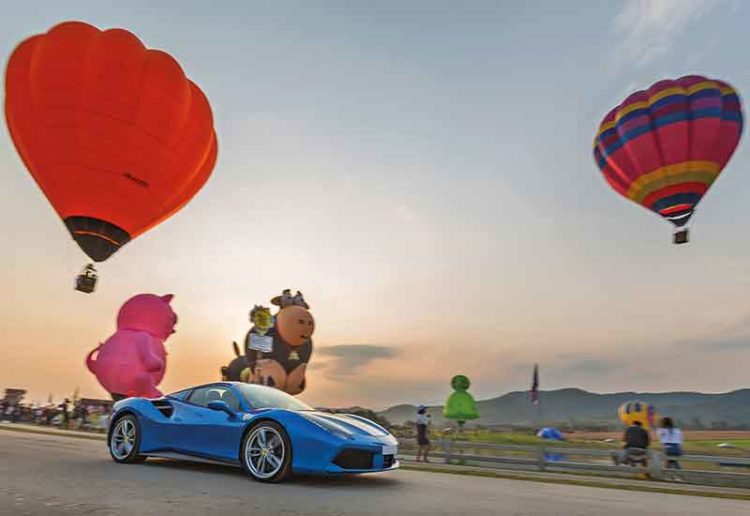 I hereby have to resist filling this page with a hundred words of clichés. Italian. Soulful. Passionate. Red. All very, very true. Believe the hype – there are cars similarly fast, but nothing titillates like a Ferrari.

Downtown Chiang Rai is a hive of earnest activity. Abundant land means a smorgasbord of businesses – mechanics, carpenters, electrical shops and the odd cafe – are laid out along the trunk road in buildings never beyond three stories, connected by a thronging assortment of Hiluxes and motorbikes.

Vehicles are ingeniously modified for a blend of utility and personalisation. Puttering ahead is a scooter laden to the width of a small car, rider merrily basking under the shade of what looks like a poolside umbrella affixed to his fuel tank. He pays us no heed as we rumble past in the three Ferraris.

We are allowed through, amidst morning rush hour traffic, largely unmolested. Courtesy and generous common sense are prevalent here. Honks are rarely heard, and horns are sounded merely to gently remind another of one’s presence. Traffic has a natural ebb and flow, and we observe many an overburdened pickup merge lanes with LED-decorated, Lamborghini-badged vans with no drama at all. 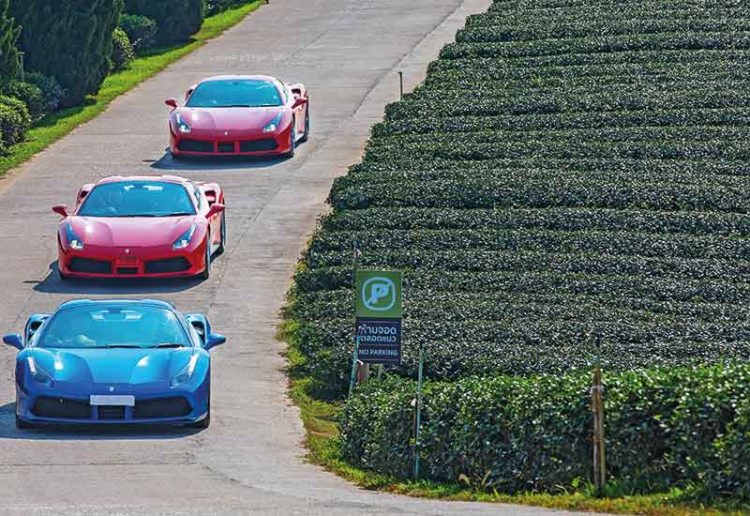 Certainly, we encounter nobody consumed with a renewed life purpose to show up the man in his red Ferrari, and despite being a convoy this ostentatious, we never feel like we’re one misplaced wheel away from being vilified on the Internet.

Of course, the leeway we’re given may have something to do with the fourth car in our convoy: a silver Toyota police escort. Which is great in the busy city, but it does mean we do the mountain sections at Camry speed.

This is no ordinary saloon, mind you – it’s a Camry with lights and sirens, piloted by an officer possessed by the spirit of Alberto Ascari himself. Still, he must have felt like the pace car driver in an F1 race, his mirrors regularly filling up with bright red Ferrari weaving impatiently.

Amongst the dense forestry giving way to plantations blanketed with enchanting dew, I put the Manettino to “Race”, transmission to manual and begin harassing the lead 488 in earnest.

Arrowing into a corkscrew turn, one of many on this stunning road, the rear wheels scrabble playfully. 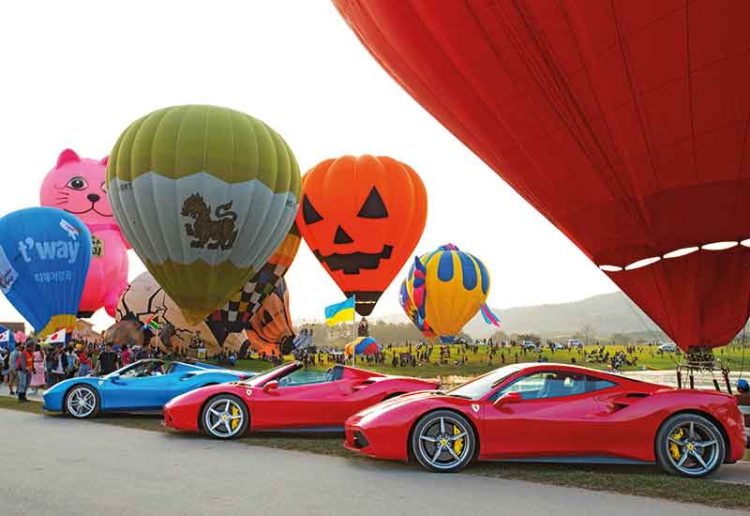 Try that in Singapore, I most definitely won’t.

Much gnashing of teeth has occurred over even Ferrari, the bastion of atmospheric revs and stirring wails, going the industry route of turbos. Economy? These are supercars, for heaven’s sake.

But the benefits extend beyond saving fuel. The instantaneous boost, deliberately calibrated to crescendo like a naturally aspirated engine on steroids, is nothing short of breathtaking. That it should occur by telepathic link to my right foot is remarkable. 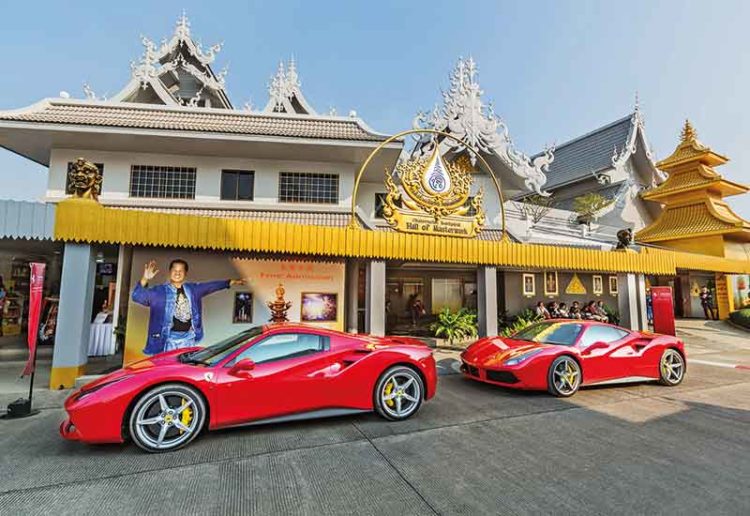 Lunch is at a Chinese restaurant in Mae Salong Nok, a small village of the Mae Fah Luang District. Speaking to the proprietor in Mandarin while she intermittently attends to customers at the till in fluent Thai, it becomes clear why the Mapo Tofu tastes so authentic.

This district is inhabited by an eclectic mix of hill tribe and Chinese, descendants of fleeing Kuomintang soldiers moving south via Myanmar. Now in their third generation, they have made tranquil homes of the verdant northern Thai mountains.

Sultry as they look and electrifying capable as they are, the Ferrari 488s are thinly disguised racing machines. They demand a healthy respect, and the morning has passed with me utterly absorbed. Finally, with both my stomach and need for speed sated, the Manettino goes back to “Sport” (the most neutered setting aside from “Wet”) and I take the time to look around at the landscape.

A few short decades ago, the rolling farmlands of tea, rice, nut, fruit and coffee had a rather more singular and nefarious crop: opium. Massive infrastructural efforts by HRH Princess Srinagarindra, the current King’s grandmother, have transformed the local economy. 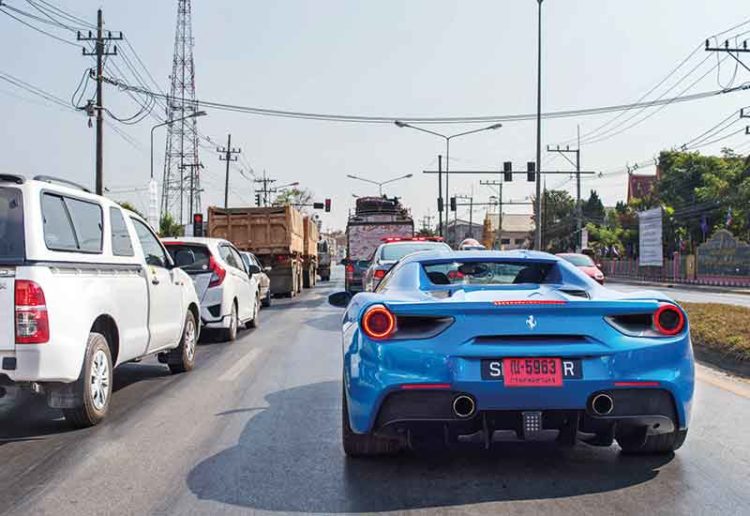 Today, establishments such as Choui Fong Tea Plantation, which houses a bustling and thoroughly modern teahouse serving local produce, cater to the tourist dollar. The gratitude of the local populace is not hard to detect, with billboards bearing tribute to their beloved monarchy a common sight.

At this point, our Thai hosts offer the option to leave the supercars and take a minibus into the city centre. Traffic might be a problem, they warn.

No chance. Never patronise a Singaporean’s tolerance for queueing – in vehicle or otherwise. We snatch the keys and roar off towards Wat Rong Khun.

Ordinarily, I would consider it slightly rude to rock up at a place of worship in three snorting supercars. 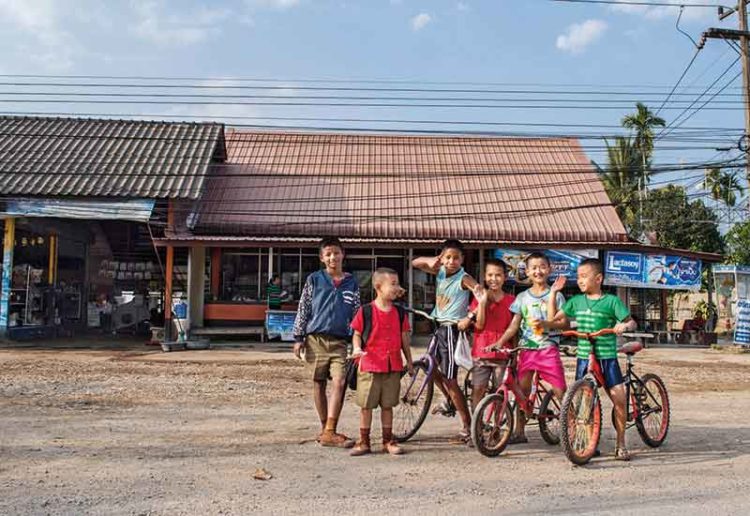 But this is no ordinary temple. And the throngs of tourists seem to agree, many turning their cameras away from the main attraction to shower our cars in snaps.

A gangway flanked by pits of tortured souls drowned by masses of disembodied hands lead into the main hall. There, walls are adorned with murals depicting scenes of strife which involve horned deities and modern fictional characters like Superman and Bumblebee. Yes, the Transformer.

Still, genuine worshippers kneel piously before a Buddha likeness, as tourists shuffle respectfully round the sides. 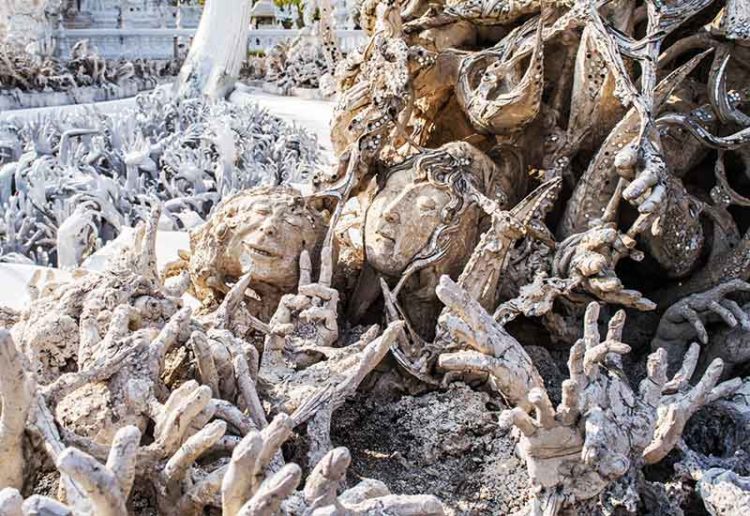 The day ends at Singha Park, where the International Balloon Fiesta is being held for the second year.

The event is exactly as cute as it sounds.

The sight of numerous, hilariously bulbous cartoon characters floating above a sprawling field at a brilliant dusk, cheered on by crowds of people at the boisterous carnival, is enough to put a huge grin on anybody’s face.

It is time for me to say goodbye to the Ferrari 488s in Chiang Rai. I wonder if I could fly back to Singapore in my favourite hot-air balloon shaped like Flounder from The Little Mermaid.

One can only dream. 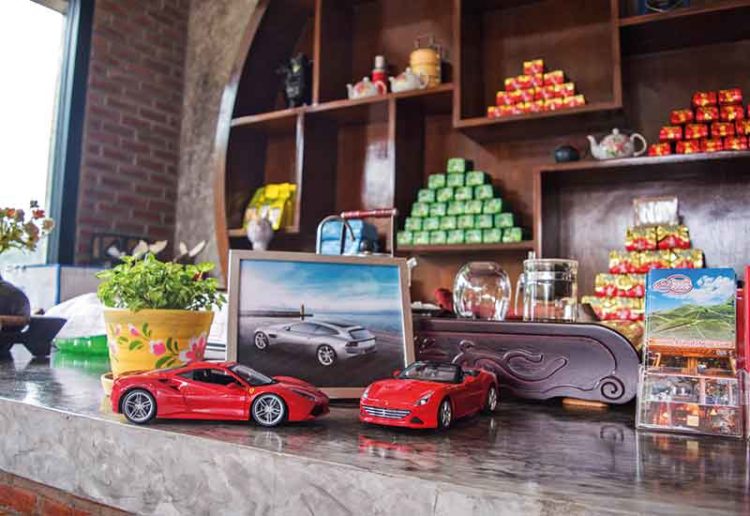 There are Ferrari supercars parked right outside this restaurant in Mae Salong Nok and inside, too.