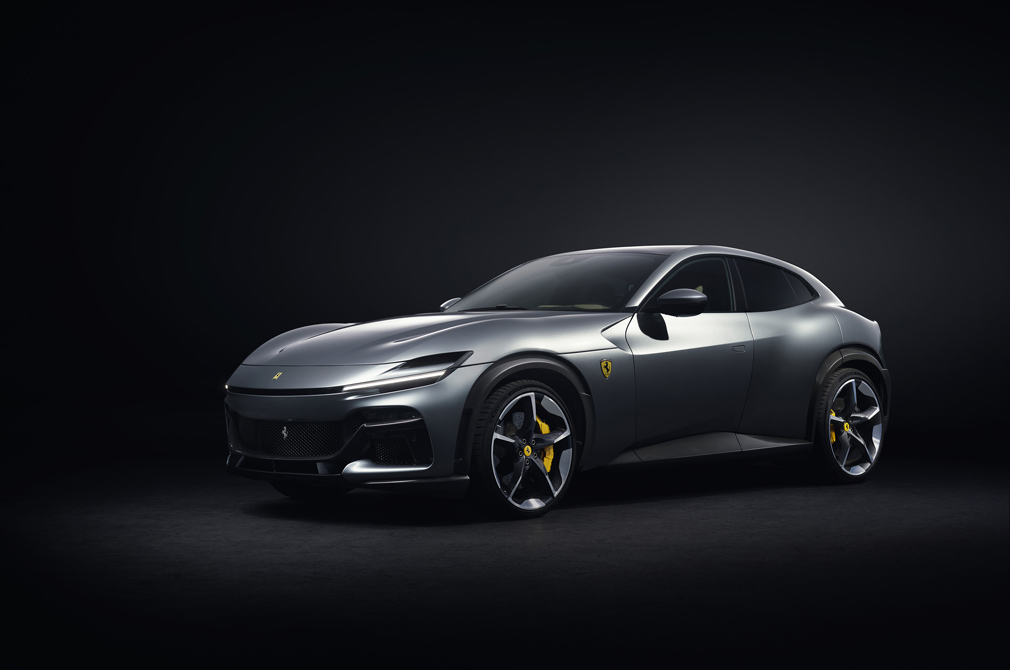 Ferrari has finally done it.

This is the Purosangue, which Ferrari states, is its first four-door, four-seater car in its 75-year history. Many will be content with simply calling it a performance SUV.

BUSINESS AT THE BACK

Still, you can’t really blame the designers for wanting to draw attention to the rear of the car.

Ferrari states that this Purosangue has an all-new bodyshell, redesigned from scratch. Along with the clean-sheet design came the opportunity to install rear-hinged doors. 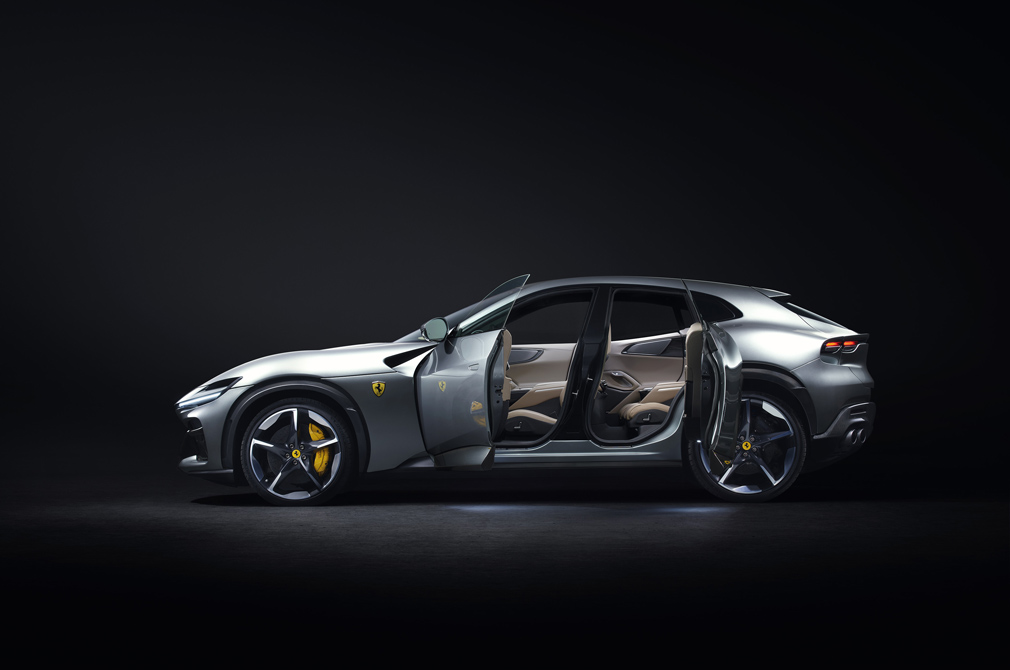 All new chassis allows the use of rear-hinged doors at the back.

These will offer easy ingress and egress, despite the car’s compact dimensions.

And the luxury doesn’t end there. A total of four heated and independently adjustable seats within will also, Ferrari states, comfortably accommodate four adults.

GENEROUS SPACE IN THE CABIN

Opt for the front seats and you’ll face a driver’s cockpit, Ferrari states, that takes after the one found in the SF90 Stradale.

This cockpit is also almost exactly mirrored on the passenger side, which gets its own 10.2-inch screen.

Ferrari states that 85% of the launch trim for the Purosangue was sustainably produced, with materials used including recycled polyester for the fabric roof-lining, as well as polyamide from recycled fishing nets, used to make the carpeting. 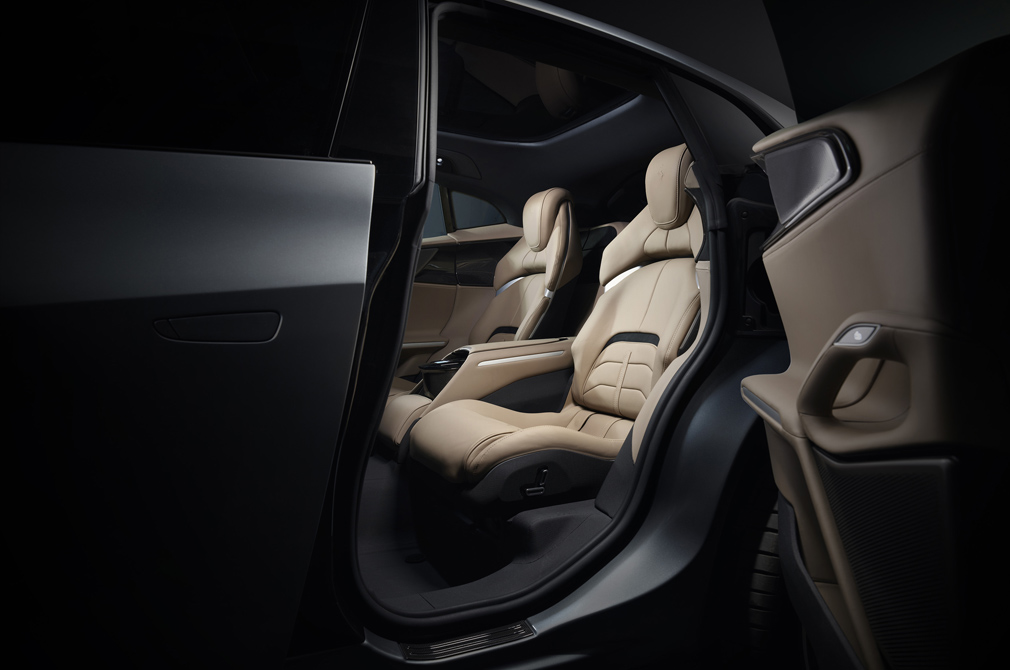 Heated backseats can be adjustable and reclined independently.

Headed for the private jet? All four will also be pleased to know that the boot in the Purosangue offers 473 litres, the largest yet seen in a Ferrari.

And before you ask, yes, the two rear seats do fold down. Handy.

POWER AT THE FRONT

At the other business end of the Ferrari Purosangue lies a 6.5-litre V12, good for 715bhp and a total of 716Nm of torque.

These outputs are enough to see the Purosangue complete the zero to 100km/h sprint in just 3.3 seconds.

For some context, the competition from Porsche, Aston Martin, and even Lamborghini still house V8s. 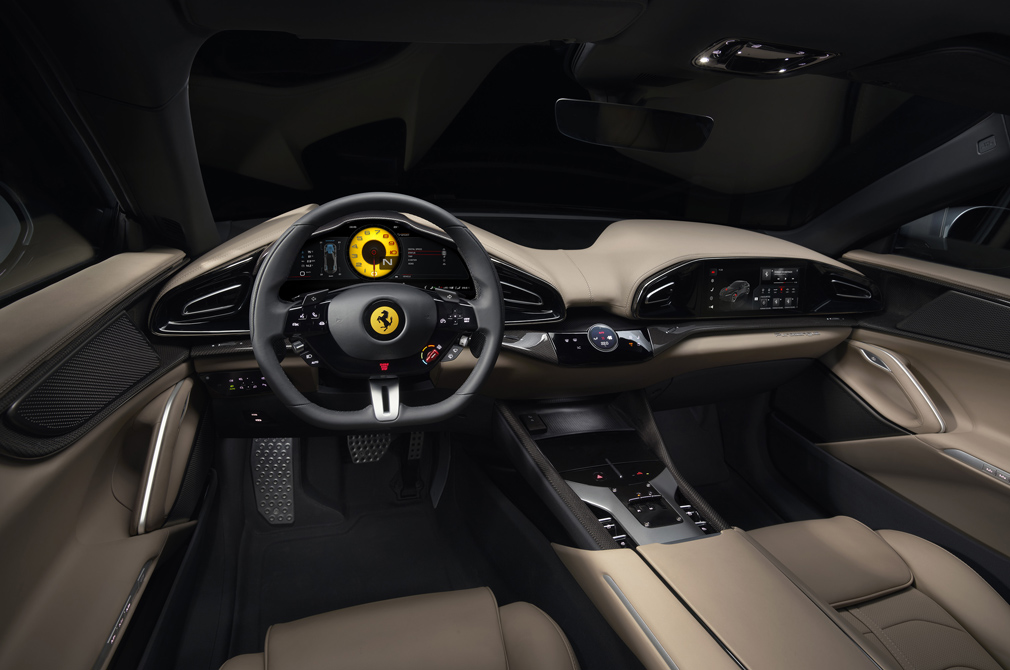 This engine is mounted aft of the front axle in the Ferrari Purosangue, with the 8-speed dual-clutch gearbox at the rear to create a sporty transaxle layout. Power is sent to all four wheels.

Further aiding performance in the twisty sections is independent four-wheel-steering, a carbon fibre roof, as well as a new Ferrari active suspension system.