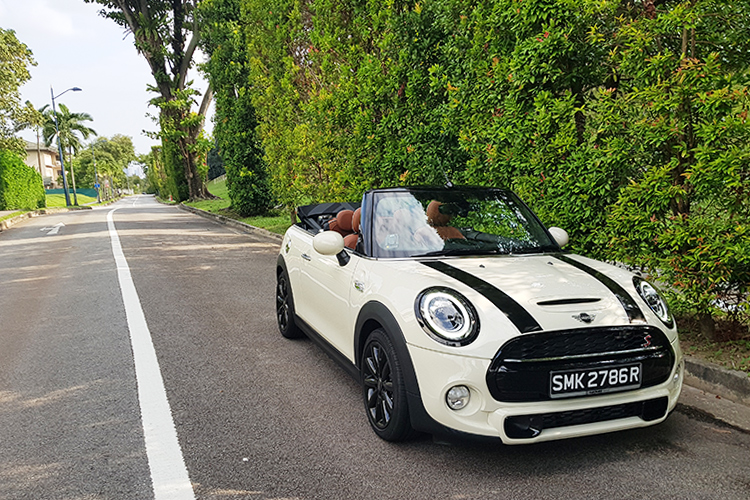 You never thought you’d need a gloss black brick to repeatedly check on what food your friends have been taking photos of today.

You’d never thought that same rectangle can make planning the next six appointments over the next three days so much quicker and easier. You’d never thought your phone would outshoot a dedicated camera, nor that you’d even have an appetite for taking that many pictures.

Yet, here we are. In iPhone World, 2019. And, for the most part, it is great. Enhancing our lives and making them more convenient in ways previously unimaginable.

Much the same thing has happened with cars, boxes on wheels that not too long ago were considered extravagant if they came with a built-in radio.

The MINI Cooper S Convertible here demonstrates this concept taken to the modern extreme, equipped as it is with a suite of MINI Connected features hooked up via this newfangled thingamajig called the Internet to an app on your smartphone. 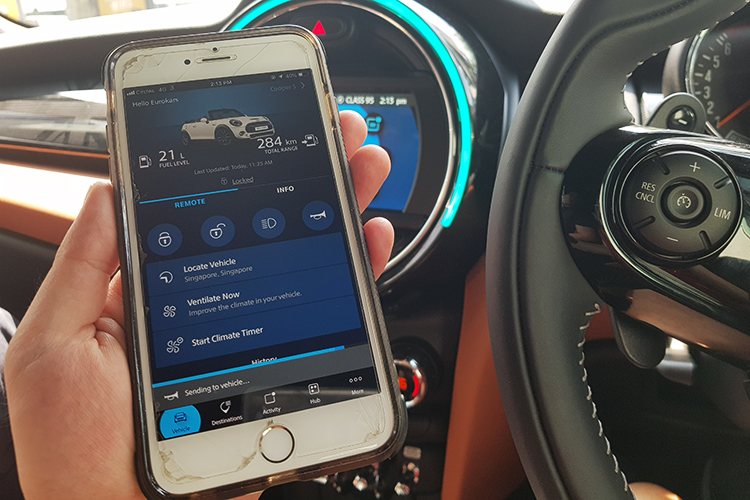 Apart from locking and unlocking the car, the MINI Connected app lets you start the fan to ventilate the interior.

My colleagues are a curious, loveably irritating bunch. Their cars, though, well let’s just say they’re very brown and very well camouflaged in front of the yawn-inducing hospital architecture.

So when a pulsating, pugnacious, grinning, rorting, Union Jacked, bubblegum lollipop of a car turns up in the carpark, you can be sure everyone wants a ride.

A slice of lunchtime is all we have, but the sun, fuelled by Trump’s coal, has been searing everything in the lot. And nobody wants to sweat into their clinic attire for the privilege of a ten-minute hop around the estate.

Ah, but the sun does not have remote control of its features. We do. One of which is the ability to turn on the ventilation. We discover upon yanking the door open that the air-con itself doesn’t actually turn on, only the fans.

But it is much better than nothing and the car is noticeably cooler than what we are used to. 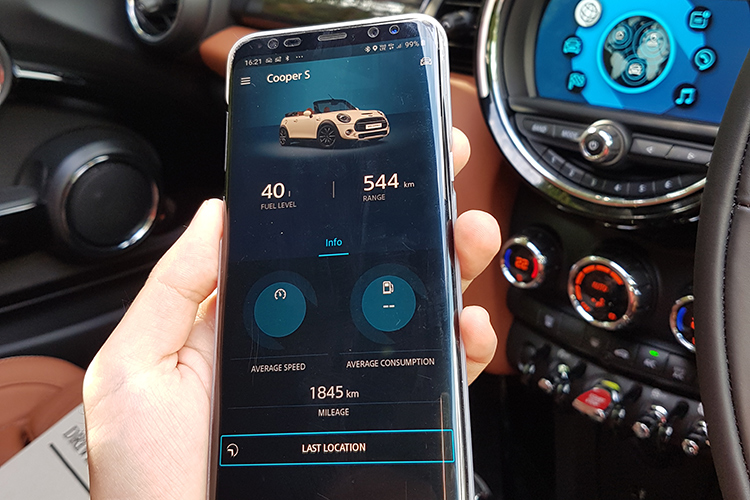 MINI Connected lets you check how much more fun you can have before it’s time to visit the petrol kiosk.

Other things I can make the car do with the app include telling me the fuel levels and keeping me up to date on the service bulletins. I can also make it beep, and, this is supposed to work even if I am all the way in Siberia, unlock and lock itself.

This means I can dispatch my medical student to fetch the laptop I forgot in the back seat. I didn’t, of course, that would be an abuse of authority. But I could if I wanted to. Hypothetically.

I am not the sort of doofus who loses his car, but let’s say you are. The app has a map with a pin where you last left your car, accurate to the direction it is facing. Think of it as Find-My-iPhone, MINI style.

Get disoriented within the labyrinth of Suntec’s gargantuan carpark? No problem. Ask the car to honk and play your own game of Marco Polo until you find it. 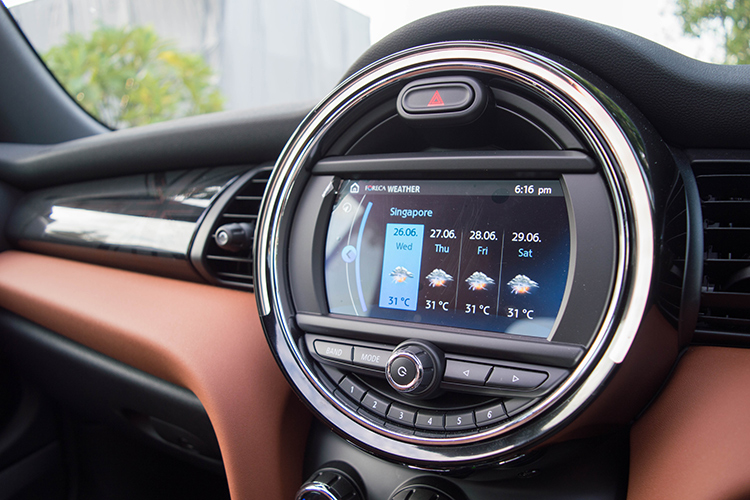 The weather forecast is useful in a convertible.

The MINI Connected app dings. Time for my date! It tells me it will take 14 minutes to get to my wife in MacPherson. From there, another 23 minutes to the Coachman Inn Restaurant. All in good time for our reservation.

Through MINI Connected, the car already knows the destination before I’ve stepped in. I’ve told it through my phone a day before so there’s no waiting and prodding at the screen at all.

The calendar even syncs and displays on the car’s screen. It’s a playful bark of the engine and we’re all set.

Spotify hooks up automatically via Bluetooth. Top down, beats up, any sense of shame away with the wind for the tuneless singalong and to date night we go! 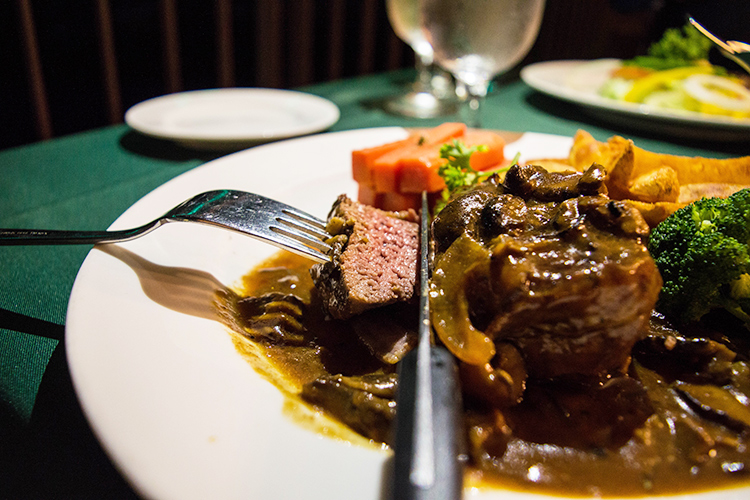 All of this technological frippery would seem plenty bland if it were attached to a car that fails to stir the imagination. Thankfully a MINI never fails to deliver on the promise to brighten your evening.

This is a brand that truly recognises the value of attention to detail.

Fun is very much in the little things, the surprise and delight bits. A touch of colour here, a cheeky design element there.

It doesn’t actually, but I swear this car would wink at you if we lived in an anthropological Pixar movie.

What better way to blow away the cobwebs of a heavy day than with the hilarity of a Cooper S’ scrabbling enthusiasm. Always effervescent, always a riot of colour and giggles, it doesn’t matter that the traffic alerts read moderate congestion. We are small and mischievous and twinkle-toed. Even if for only a few hundred metres per squirt, the MINI digs in and darts around like a gleeful terrier.

And there is no happier dream than to complete a productive day with the warm embrace of one’s wife and the automotive equivalent of a yipping dog. My mood, and smile, open up as the roof does to bathe my evening in glorious golden sun.

I would pet it as I walk away and say “good dog”. But no dog is this smart, not even a Border Collie. 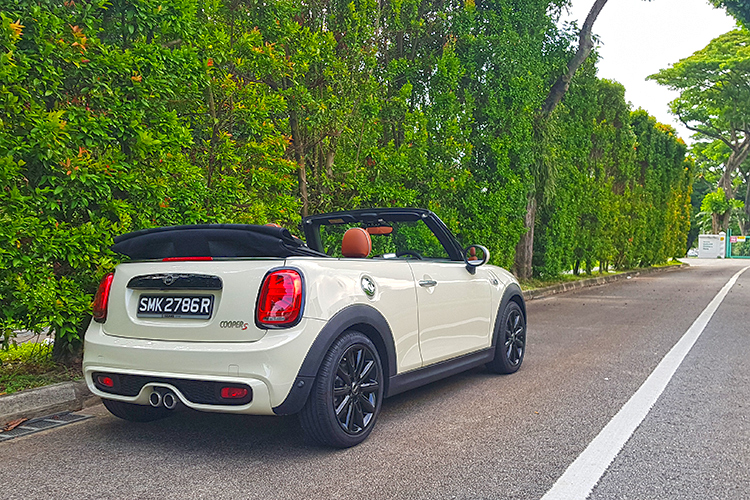