The trip’s JCW foursome of (left to right) Convertible, Countryman, Clubman and 3-Door.

The booklet given to me at the start of this event was titled “MINI JCW (John Cooper Works) Road Trip In Thailand”.

Usually, road trips in the Asia region are fairly dour affairs where driving is concerned, unless you enjoy cruising leisurely along highways and country roads, interspersed with stops for coffee/tea, snacks and the all-important toilet break.

However, on one of the pages inside the booklet, a line caught my attention – 8 Speed Motor Track. Yes, this road trip involved spending quality time and burning rubber/petrol at a private racing circuit.

The four cars which I would be driving/co-driving were all MINI JCW (John Cooper Works) models. JCW is to MINI what AMG is to Mercedes-Benz and BMW M is to BMW, albeit on a smaller physical scale.

Still, the cars churned out by MINI JCW are serious driving machines for the driver who is equally serious about performance and handling.

The MINI-modding expertise of “John Cooper” and company covers not only suspension, aerodynamics, brakes and engine-tuning, but also wheels and aesthetics. 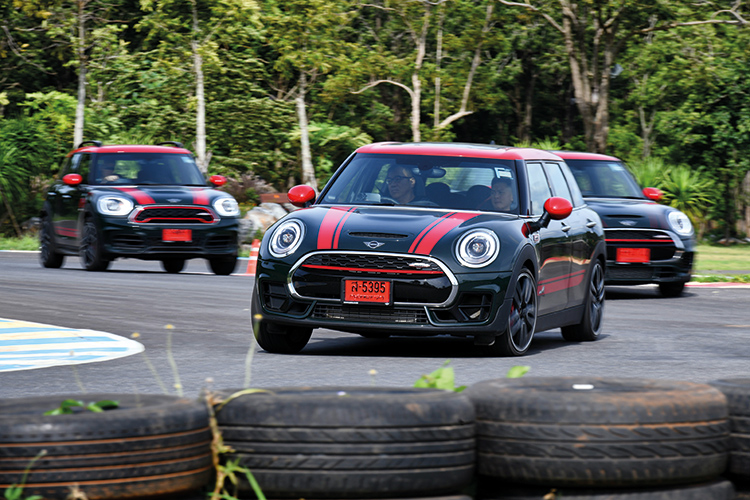 The MINI JCW Clubman was the writer’s favourite JCW pocket rocket on this power-packed road trip.

Every MINI JCW car is not merely a standard runabout which has had a couple of run-faster parts bolted on. It is a bona fide performance vehicle, capable of putting a smile on the face of self-professed boyracers and professional race drivers alike.

For the three-day, two-night road trip (which involved five other motoring journos from Singapore), I could swop among the driver’s seats of the four pocket rockets in the convoy – 3-Door, Convertible, Clubman and, the largest of the lot, Countryman.

In total, these mighty MINI JCWs packed over 900hp and 1300Nm, to be delightfully deployed over a driving distance of around 400 kilometres. I would get to know them pretty intimately.

The first part of the journey was a 173km jaunt from Bangkok to Khao Yai, a popular tourist spot located north-east of Thailand’s capital and well-known for its gorgeous landscape and national park, which is a UNESCO World Heritage site.

The drive up to Khao Yai covered mostly highways and the first JCW I hopped into was the 3-Door.

I expected the ride to be quite hard, as the car runs on firmer springs and dampers, but it was surprisingly comfortable over the often-pockmarked asphalt of Thailand’s roads. I heard and felt the bumps and potholes, but they were never jarring. 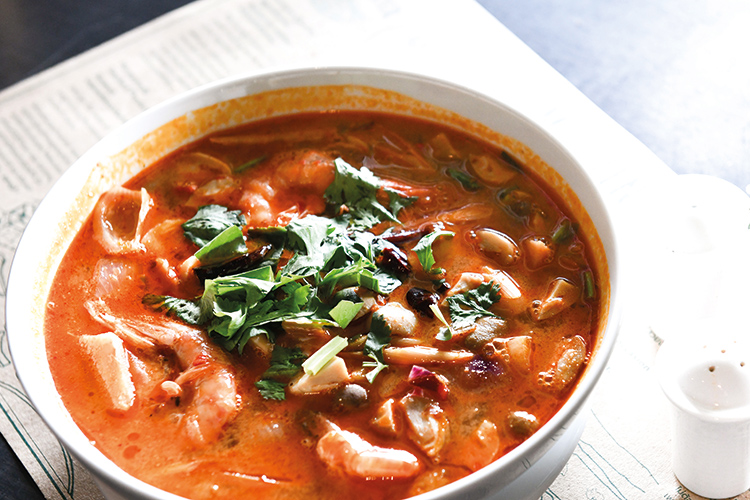 Once I got onto the smoother surfaces of the highways and put pedal to metal, the little hatchback’s ability to accelerate, and overtake with ease, shone through, thanks to its 2-litre turbocharged 4-cylinder engine which it shares with the other JCWs.

If there was a JCW model made for cruising, whatever the condition of the asphalt underneath, the Countryman would be the one. The countryside crossover was more comfortable than the 3-Door and its higher seating position offered the most commanding views.

The powerplant under the Countryman’s bonnet produces 30Nm more torque (350Nm versus 320Nm) than the engine powering the hatchback, but the bigger car is also 300kg heavier.

However, it never lagged behind, even when sudden bursts of acceleration were needed to dash past rows of slow-moving vehicles. Its strong brakes also came to my rescue during one heart-stopping moment when a truck veered into my lane while I was zooming ahead at over 100km/h.

I took the first two exercises as a warm-up. While they afforded hints of what the cars were capable of and also gave me time to ready myself before I began lapping the circuit, piloting the JCWs at high speed around the tight and twisty course would really test their mettle. 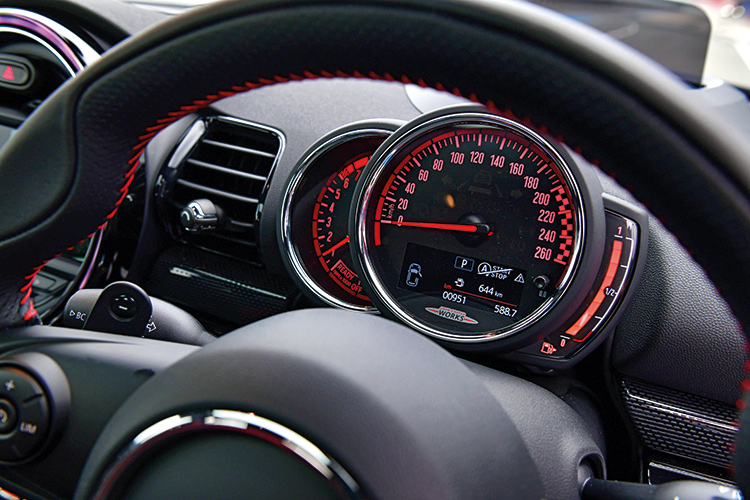 To keep things interesting, I drove three laps in one MINI and then switched to a different model. We did this lap-and-swap for over an hour, with short breaks for coffee and the little boys’ room. Each lap took around 45 seconds, so you can imagine how much driving we did!

The MINI JCW 3-Door felt the fastest on the track. No surprise there, as the hot hatch is the lightest at 1330kg and also the quickest from zero to 100km/h, with a quoted timing of 6.1 seconds.

It felt light on its feet/tyres and I was slicing through apexes with ease. The MINI JCW Convertible was a great drive, too, as it had similar dimensions to the MINI JCW 3-Door and only a slight weight penalty. And with the soft-top down, there was nothing like the feeling of the wind rushing past like a mini-hurricane.

The MINI JCW Countryman surprised me the most, in a good way. The laps around the racetrack were done in convoy, behind the lead car which was piloted by the instructors. In the tightest part of the racetrack where I had to traverse a series of left- and right-handers including a hairpin, I had no trouble keeping up with the hard-charging car in front.

The MINI JCW Countryman’s ALL4 all-wheel drive system contributed to this immensely by apportioning torque between the Countryman’s front and rear axles, so I could get on the throttle/power earlier. Sure, the body roll of the big hatchback was quite pronounced and it felt a little lethargic when changing directions, but the Countryman’s grip on the tarmac was unyielding.

However, it was the MINI JCW Clubman which got my vote as the best John Cooper Works pocket rocket for the entire trip. 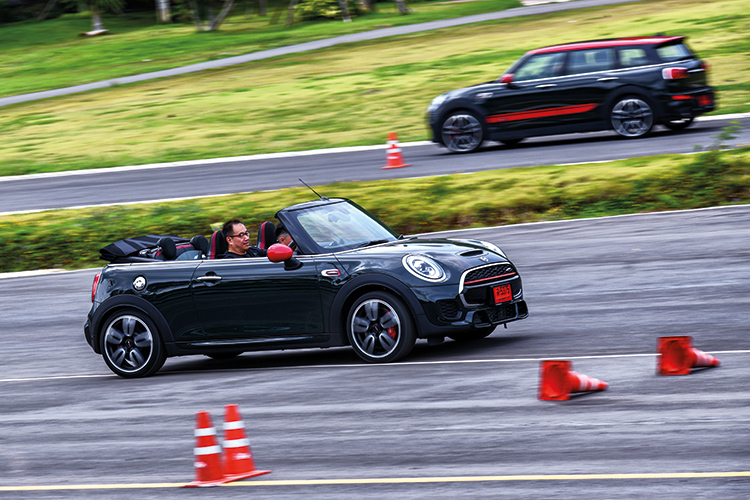 “We did this lap-and-swap at the racetrack for over an hour, with short breaks for coffee and the little boys’ room.”

Like the MINI JCW Countryman, it is also equipped with ALL4 all-wheel-drive, but unlike its SUV sibling, it weighs less and yet has the same power and torque outputs.

Driving it around the racetrack was so pleasurable because it was nimble, grippy and powerful. The car felt so balanced, and even on a few occasions when I carried too much speed into a corner, a slight lift of the throttle pedal was all that was needed to get the nose back in line.

When the time came for us to head back to Bangkok, along almost the same route we took to get to Khao Yai but a few kilometres longer, I drove the Clubman again.

The final bit of this road trip confirmed the Clubman as my favourite John Cooper Works.

The MINI JCW estate’s greater practicality was the icing on the hotcake – it was able to accommodate three suitcases and several backpacks, and still had space for my two passengers. 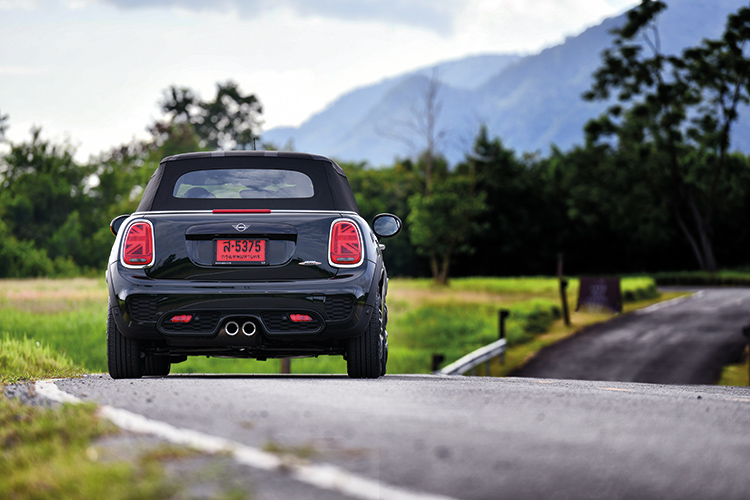 Find out more about the MINI John Cooper Works 3-Door