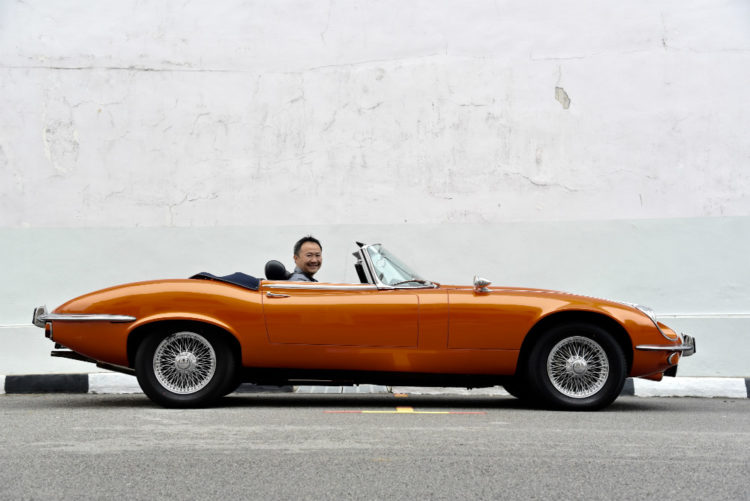 Enzo Ferrari once described the Jaguar E-Type as “the most beautiful car ever made”.

More than half a century on, this 1960s style icon still holds its own and remains a much sought-after classic car the world over.

Not surprisingly, it did not take more than a couple of minutes for avid car fan Tong Kien Seng to close the deal on a 1974 Series 3 E-Type after he spotted it on the sgCarMart website.

The 44-year-old Malaysian did not even test-drive the car before making an offer. It was quite literally love at first sight. He declined to disclose the amount he paid for it, but recalls he was sold on the fully restored 3-speed automatic roadster’s “sexy and curvy outlook”.

The entrepreneur has owned no fewer than 38 cars to date, including a Ferrari F430 and Porsche 993 C4S and quite literally changes cars more often than most people switch mobile phones.

The shortest period he has kept a car is 16 days. It was a Nissan Skyline BNR32, which he sold for a profit.

Currently, the Singapore permanent resident has two Nissan Skyline BNR34 GTRs, a 1990 Honda NSX and a BMW635i – all stabled in Johor Baru.

In Singapore, his daily ride alternates between a BMW 320i Convertible, Toyota Estima and Porsche 911. The Jag, he says, is reserved for special occasions.

He prefers pre-owned collectibles or cars nearing their COE expiry because these do not depreciate as much as new cars.

“It just has to be in mint condition and reasonably priced,” he adds.

He says his E-Type “handles like a boat” and he took a while to get used to its leisurely gait.

He also found out that its 5.3-litre V12 engine is a fuel guzzler. “It’s good for just two outings before I have to top up,” he says.

He does not use it often though. Most times, he is content spending quiet weekends cleaning and polishing it and just admiring it.

After all, the car is registered under the Classic Car Scheme and is permitted 45 days on the road a year. Since getting the roadster in March, Mr Tong has driven it only “a dozen times”.

“I take it out very occasionally for weekend breakfast outings,” he says. “I bring my son or daughter along for the ride, although my daughter may need some persuasion as she doesn’t like flashy sports cars.”

His son is five and his daughter is 13.

His wife flatly refuses to sit in the E-Type. “She complains it’s too hot and it will ruin her hairdo,” he says, adding that while the car has air-conditioning, he usually drives it with the top down.

“I’m just thankful that she allows me my car hobby.”

He is already on the prowl for other rare rides. He recently caught sight of a DeTomaso Pantera GT5, an Italian sports car with a Ford V8 5.8-litre engine.

He also confesses he has a soft spot for American classics. “One day, I hope to be able to own an American muscle car, such as the Corvette Stingray or Mustang Cobra.” 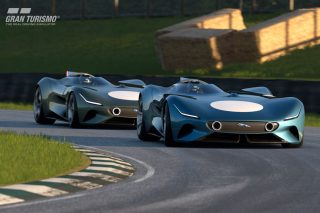