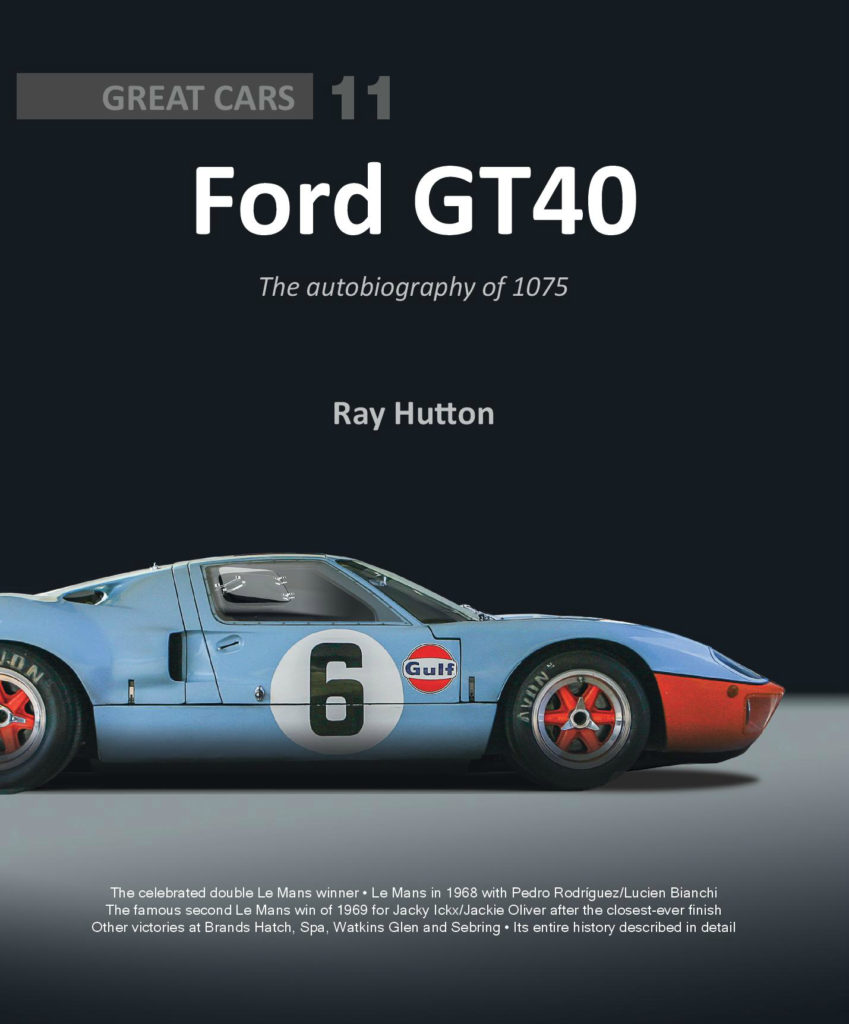 This sumptuous book tells the story of one of the world’s most important racing cars, the iconic Gulf-liveried blue-and-orange Ford GT40 that won the Le Mans 24 Hours in 1968 and again in 1969. The second victory at la Sarthe came after one of the closest-fought battles in the race’s history.

There were also championship wins for this car, chassis number 1075, at Brands Hatch and Spa in Europe, and at Watkins Glen and Sebring in the USA. In two short but glorious years, “1075” was raced by such famously great drivers as Jacky Ickx, Pedro Rodriguez and Brian Redman.

Over the course of 320 pages, lavishly illustrated with nearly 300 period images, plus exclusively commissioned studio photography, this car’s entire competition life is brought vividly back to life.

The author Ray Hutton witnessed “1075” race and knew team manager John Wyer and many of the GT40 drivers personally.