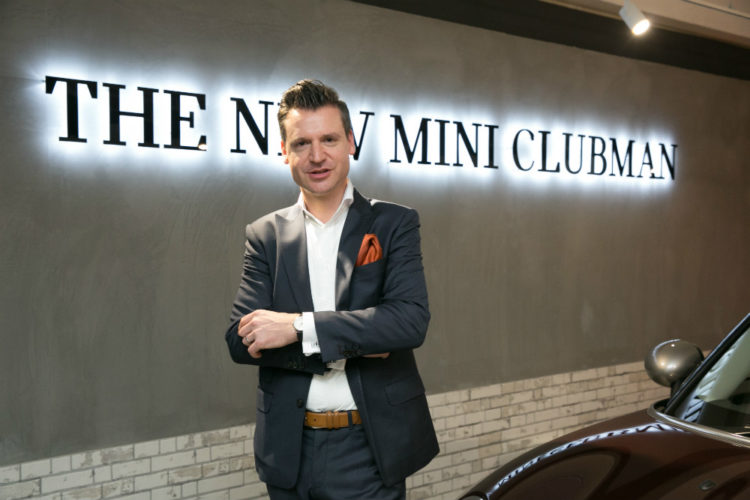 Henrik Wilhemsmeyer is a man with a lot on his mind. He is also constantly on the move.
The same can probably be said about any corporate high-flier. But when you’re overseeing more than 40 markets, “busy” takes on a whole new meaning.

Indeed, Henrik’s work trips can last several weeks at a time as he travels to the various markets under his purview. In every country, there are dealers, importers and perhaps even members of the media to meet.

Born and raised in Germany, the 45-year-old began his BMW career in 1992 as a commercial trainee in Stuttgart. Over the next 14 years, he worked in various positions that included sales, logistics and overseas vehicle distribution.

In 2006, Henrik began an eight-year stint in China with the BMW Group. He started as the senior manager for Sales Operations & Regional Steering, before being appointed Head of Dealer Development in 2008. In 2010, he served as Head of Region for South China.

He “switched” brands in 2012 when he moved to Rolls-Royce as Director for Region China. Two years later, he finally returned to Munich and took on his current role at MINI.

Henrik discusses his experiences in China, talks about MINI’s changing identity, and tells us about his favourite cars when he was growing up.

What made you want to join BMW?
The key driver for me was, and still is, my passion for cars, the performance orientation of the company, and the fascination for its products.

What was your first assignment in the company?
I started in a retail branch as a trainee before joining the overseas manufacturing division. That early experience enabled me to better understand the car business.

What was it like working in China?
When I first arrived, China was a comparatively small premium car market, but by the time I left, it had developed into the biggest car market globally.

The speed of change in the country is unparalleled, fascinating and challenging.
But language was never a barrier. Everyone I met was open-minded, curious, motivated and solution-oriented. That’s why the country is developing quickly.

What were some of the valuable lessons you learnt during your China stint? Did you have any interesting experiences there?
Apart from being open-minded and curious, I learnt how to quickly adapt to changing circumstances, too. I also learnt to respect the culture and the people.

Business is about people, having a vision and looking at the big picture, while developing relationships with trust and credibility.

My daughter was born in Beijing, so China will always have a special place in my heart and my life.

How many individual markets do you oversee?
I oversee more than 40 markets across Asia-Pacific, Africa and the Middle East. The Asian markets are the most dynamic of them all.

MINI’s identity has changed from being young and fun to “more refined yet still fun”. Has this affected the brand’s appeal?
MINI has always stood for a product characterised by its creative use of space and go-kart feel. The brand’s heritage has always been unconventional, and I believe it continues to set new trends.

Which MINI have you grown to love the most?
That would be the MINI John Cooper Works. Within the BMW range, my favourite model is the M4.

What cars did you admire growing up?
I was always thrilled by iconic cars such as the classic Mini, Porsche 911 and BMW 507.

What’s your current company car?
It’s a MINI John Cooper Works Clubman. It’s a fantastic car for dynamic driving, but it has the practicality and space that my family needs. I also have a BMW Z1 that I enjoy driving on sunny weekends.

Photography is your hobby. What sort of pictures do you enjoy taking?
Photography is a great way for me to relax. In particular, manual photography fascinates me because it requires more preparation, work and attention to detail.

I usually try to focus on a particular theme, such as architecture, subway stations or street life.

What do you listen to while driving?
You may call me old-fashioned, but oftentimes I actually turn off the radio or music streaming function to enjoy the sound of my MINI JCW Clubman.