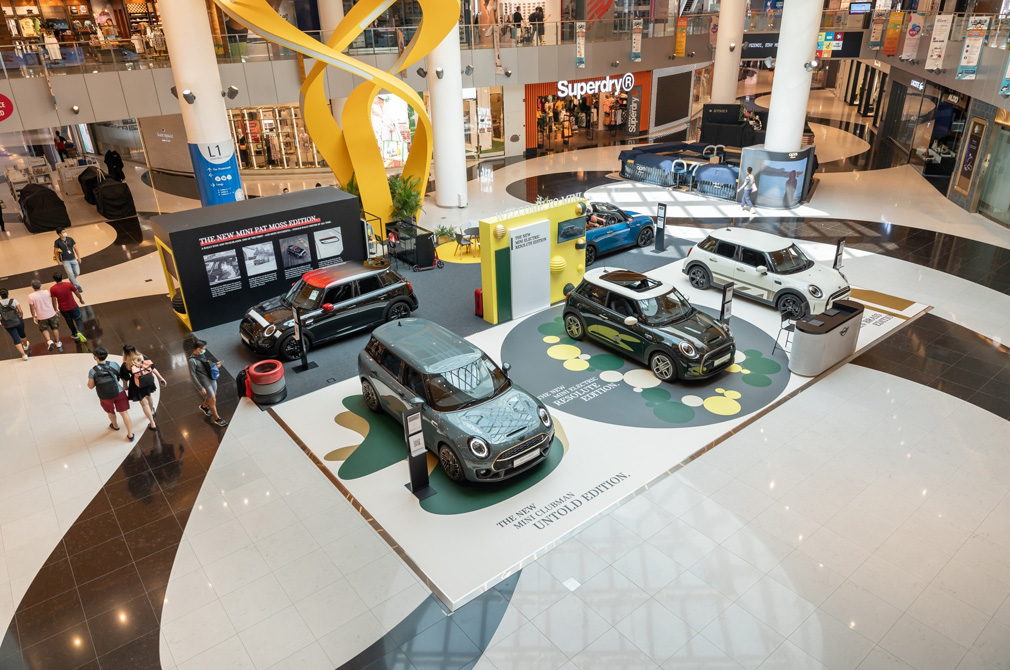 In the market for something distinctive to motor about in?

MINI has four special edition models for you to choose from, and you can catch them in VivoCity from now until 10 August 2022.

Only 800 units will be produced, out of which only five are allocated to Singapore. If you’re looking for something both rare and distinctive, this would be it.

Pat Moss was assisted in this rally by a female co-driver, Ann Wisdom, who insisted on participating in the rally despite being pregnant. 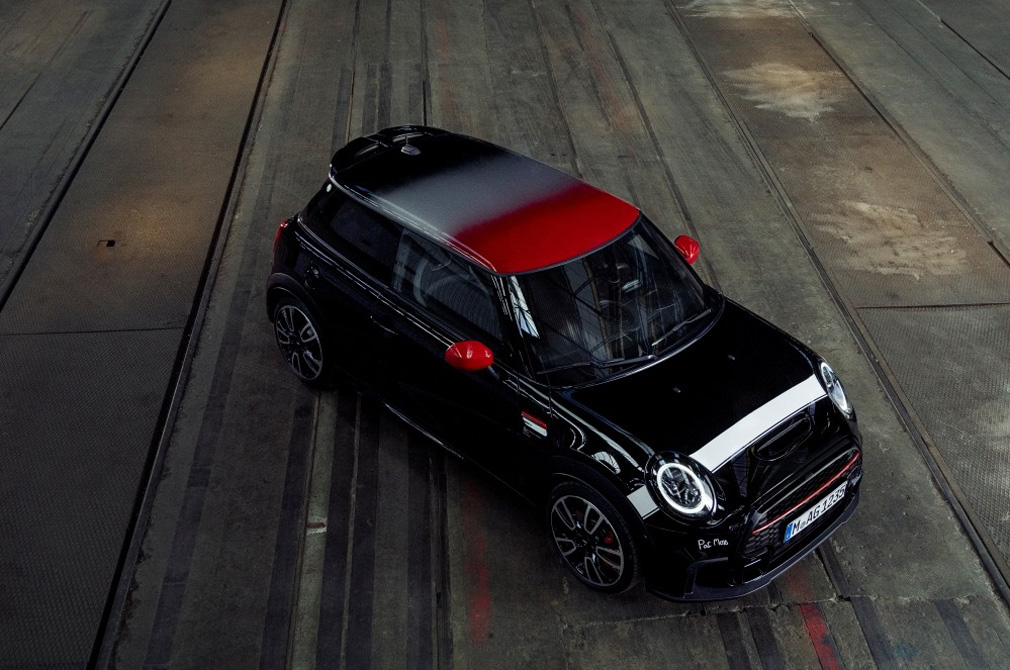 The Pat Moss Edition sports stylised Tulip accents, appearing on the wheels, C-pillars and side scuttles of the car.

Key details of the historic rally are also replicated on this side scuttle, while a horizontally aligned bonnet stripe in white that stretches across the bonnet of the car sports the registration number of the classic Mini that won the 1962 Tulip Rally.

The Pat Moss Edition also comes with a Multitone Roof that transitions from Chilli Red to Melting Silver and Jet Black.

Those that like prefer their MINI in Rebel Green instead of red will also be drawn to the new MINI Resolute Edition. 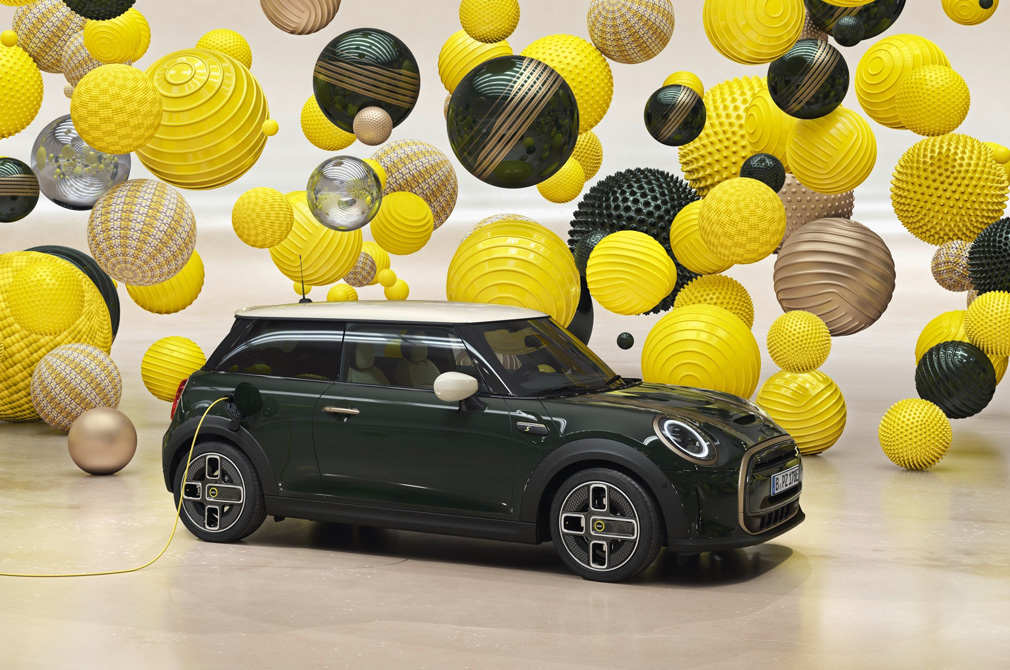 This unique finish appears on the head light surrounds, radiator grille and rear lights, side scuttles, and on the front side panels, as well as the handles of the doors and tailgate, air intakes in the front apron, and the fuel filler cap.

The cars also come with bonnet stripes and the door sill panels that feature a pattern of parallel lines with a colour gradient between a light and a dark shade of gold.

These features also feature “Resolute” lettering, adding to the distinctive nature of the special edition model.

If you’re looking for a mix of style and cargo-carrying practicality, there’s also the Clubman Untold Edition for you to check out. 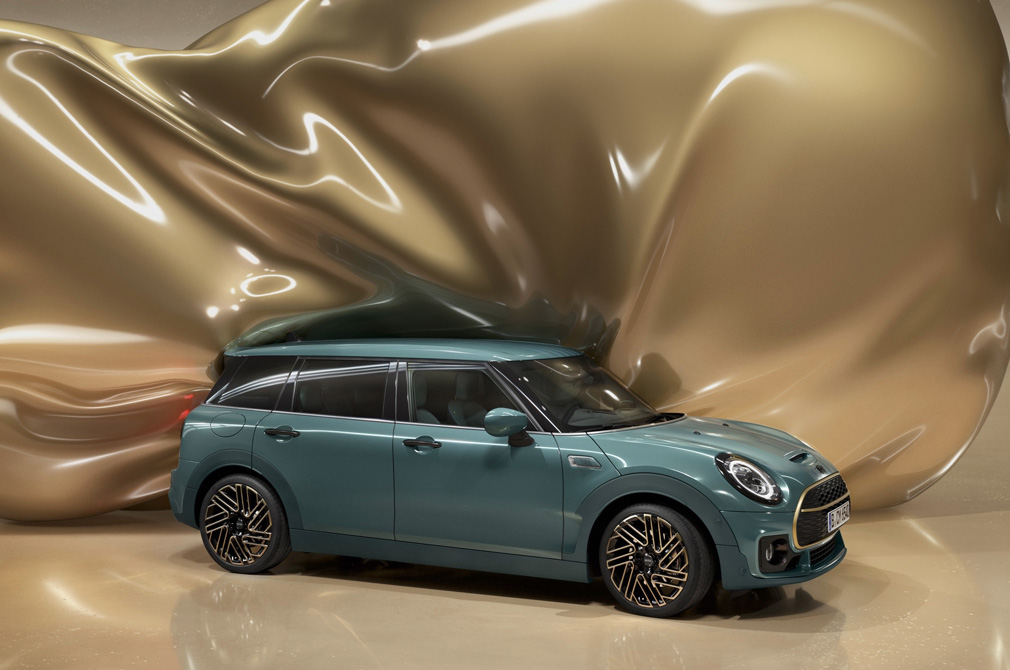 Five narrow, parallel sport stripes also run from the bonnet and roof of this special car.

The unique colour combination of the Clubman Untold Edition is also highlighted via the use of a Jet Black/Refined Brass combination of bicolour surfaces on its unique Untold design 18-inch alloy wheels.

Finally, for the truly bold and adventurous, there’s the Countryman Untamed Edition. This hue also adorns the lower air intake surround including the underride guard, air curtain inserts in the front apron, as well as the side skirts, reflector inserts, and the lower insert in the rear apron.

Four diagonal stripes in Frozen Bluestone in the lower area of the doors highlight this special edition’s identity, alongside exterior mirror caps, the roof rails and the head light housings in black.

An “Untamed” inscription and a graphic pattern inspired by a mountain landscape can be found on the side scuttles and door sills.

You’ll also be able to catch the MINI One Frozen Brass Edition and Cooper Convertible (catch our review of the Cooper S Convertible here).