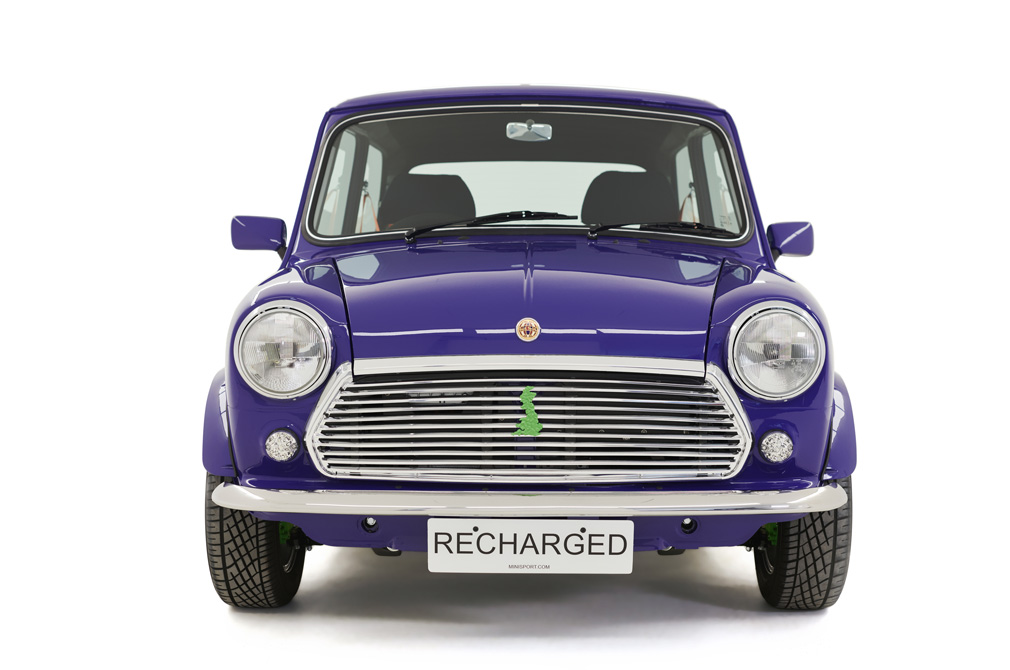 MINI and Sir Paul Smith have upcycled a 1998 MINI Paul Smith Edition by swapping out its petrol drivetrain for an electric one.

The project was presented at the Salone Del Mobile 2022 in Milan, Italy, by Sir Paul Smith and Oliver Heilmer, Head of MINI Design. The pair also discussed sustainable approaches to automotive design.

Last year’s collaboration between the carmaker and British designer yielded the STRIP, a radically reduced, sustainable concept car. It was presented at the 2021 IAA motor show in Munich.

This one-off model was painted a bright blue – a colour based on a swatch taken from one of Paul Smith’s favourite shirts. Meanwhile, the lime green battery box recalls a 1990s colour palette. 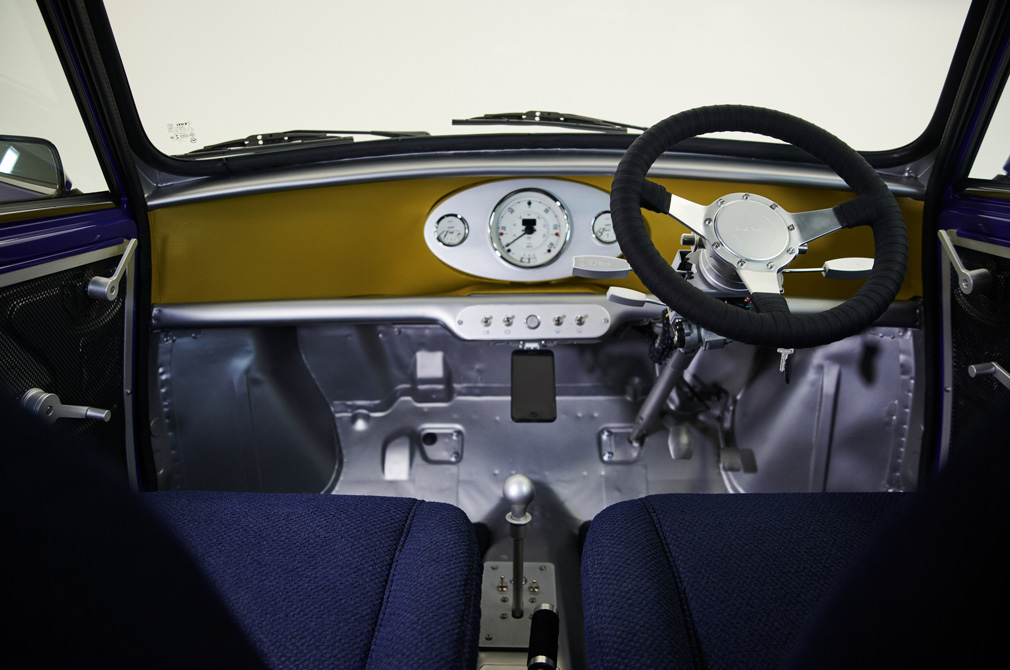 The project is also about respecting heritage and timeless design – in particular, the iconic work of Sir Alec Issigonis, creator of the first Mini.

“When you move into your old aunt’s flat, out of respect you don’t change everything, but you do some modernising,” is how Smith puts it.

STRIPPED OUT AND ELECTRIFIED

The sustainability theme continues inside the newly designed car. The trim parts were deliberately left out, so that the bodyshell with its bare floor pan stands out. Rustic floor mats made from recycled rubber are used to cover it.

To cater to modern users, a magnet beside the steering wheel is used to hold smartphones. However, almost all the old buttons and functions on the dashboard have been removed.

For easier ingress/egress, the steering wheel can be detached.

Propelling the Recharge is a 97hp (72kW) electric motor, which was installed by engineers from Recharged Heritage Limited. 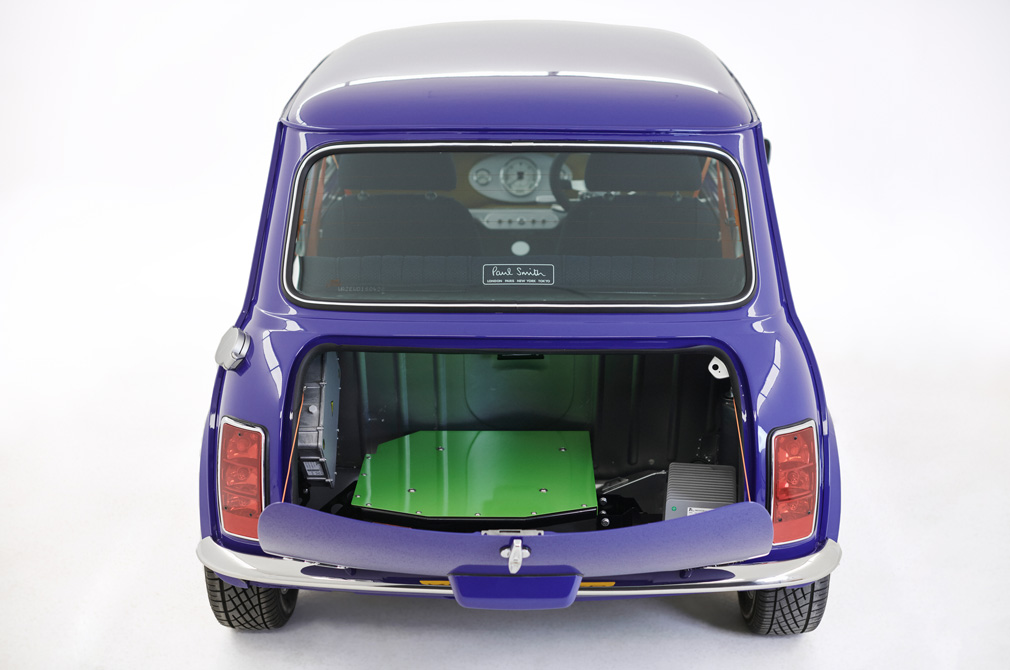