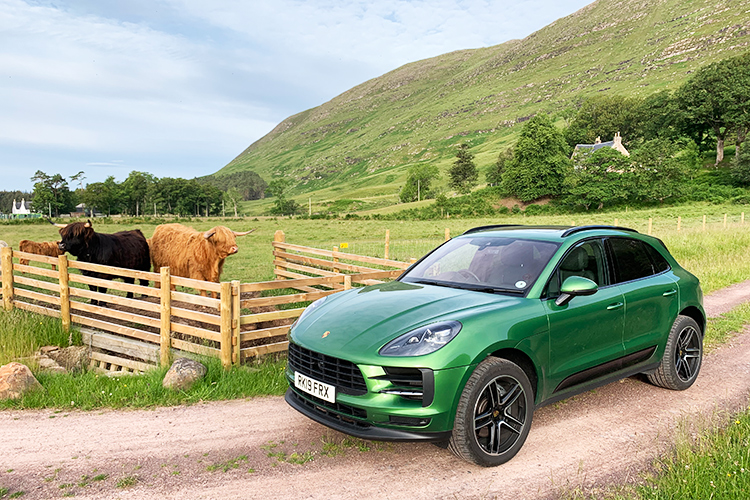 Bealach na ba sounds like some sheep-borne disease, but behind that ominous moniker is a driver’s delight – it is the name of a remote, sinuous road in a stunningly scenic region of Scotland called Wester Ross, which winds its way up a 2000-foot mountain and back down the other side, ending at a charming little coastal hamlet called Applecross.

There wasn’t any particular reason we had headed to Applecross other than its being a convenient endpoint for the first day of our road trip across Scotland in a trio of cars.

Truth be told, we could have randomly entered almost any other town on the Scottish west coast into our sat-nav, and would have been treated to equally spectacular views all the way. This is one of those countries where losing your way is actually a treat. 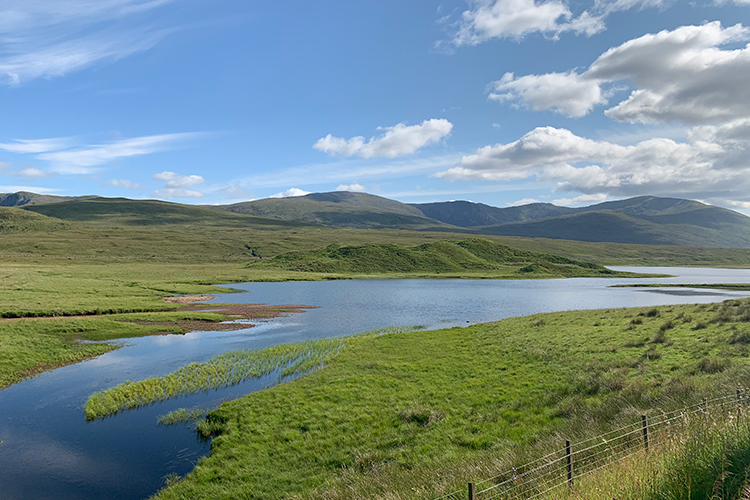 Having Porsche’s latest Macan S as your travel companion doesn’t hurt either. A tall, heavy all-wheel-driven five-door isn’t your typical tool for a bucket-list road trip, but the Macan has always been a Porsche first and an SUV second.

Post-facelift it has a new 3-litre V6 which first appeared in the latest Panamera, delivering 354bhp (up from 335bhp) and 480Nm of torque (from 460Nm before), giving the Macan S the punch to leap to 100km/h in 5.1 seconds. And this being Porsche, the already well-judged chassis has been tweaked as well to further improve turn-in, grip and feedback.

Visually the most obvious indicia of the facelift are a very distinctive quartet of LED units within each headlamp, a squarer-jawed front bumper with its side intakes marked by more pronounced strakes, and a full-width lightbar spanning the rump. The updated car also comes in a new range of colours, including the rather arresting metallic green of our loaner car. 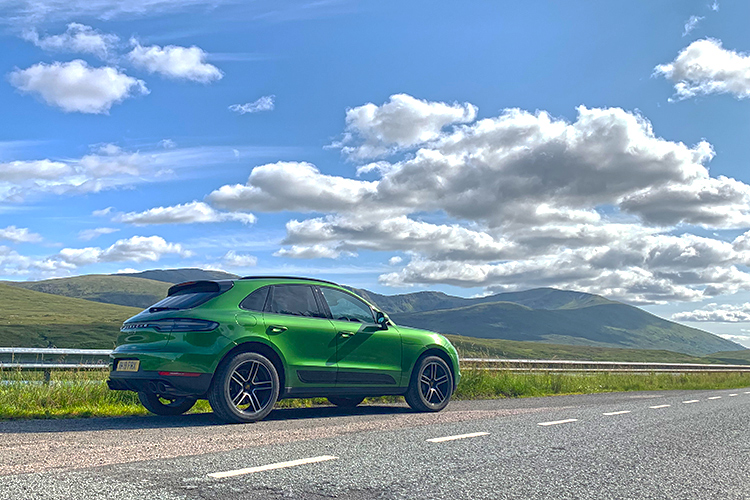 With its long-legged 8-speed paddle shift gearbox and ample torque, the Macan was effortlessly relaxing on the motorway haul out of Edinburgh, and was happy to stretch its legs on the fast, sweeping roads leading up to the ski resorts of Glenshee and Lecht (yes, it is actually possible to ski in the UK).

The car simply demolished inclines and long straights with its rampant power, although some moderation of pace was required over the most severe undulations – despite the taut, well-controlled damping, there was no escaping the effects of its 1.8-tonne weight.

It was on the twistier bits as we headed across to the west coast that the Macan really showed itself capable of performing the most improbable feats of agility. 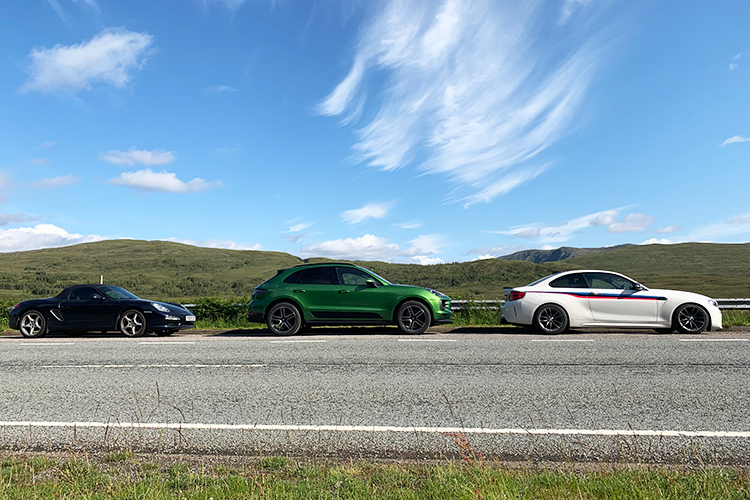 The other 2 cars in our convoy were a BMW M2 and a second-generation Porsche Boxster, but even in the company of these far lighter and more focussed cars, the Macan ably held its own, dancing around bends, gripping every bit as stoutly as the others and, thanks to its all-wheel-drive advantage, punching out of turns more rabidly.

If anything it was the Macan that had to be reined back on the tighter stretches to match the others’ pace. Simply remarkable.

The combination of the Macan’s stirring dynamics and the rolling, empty backroads of the Scottish Highlands and west coast were an almost irresistible call to repeatedly explore the car’s formidable limits, but the countervailing temptation to slow down and ogle the non-stop array of otherwordly sights on offer, was equally strong. 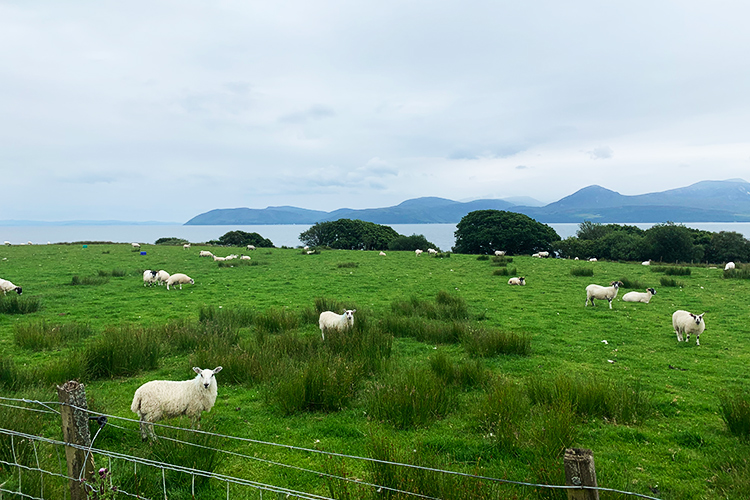 And what astonishing visual treats Scotland delivered over our three-day jaunt. Through more familiar places like Inverness, Glen Coe, Lochalsh and Loch Lomond, as well as lesser-known ones like Strachcarron, Tarbert, Lochgilphead and, of course, Applecross, the views were never less than magnificent.

Along the way Scotland served up majestic mountains, vast valleys, rugged coastlines, huge skies (which uncharacteristically remained sunny and blue for most of our drive), and countless serene lochs, looking like they have remained unchanged for centuries. Over some of the desolate, barren moors I almost expected a fur-clad, sword-carrying Christopher Lambert to emerge from the mist. 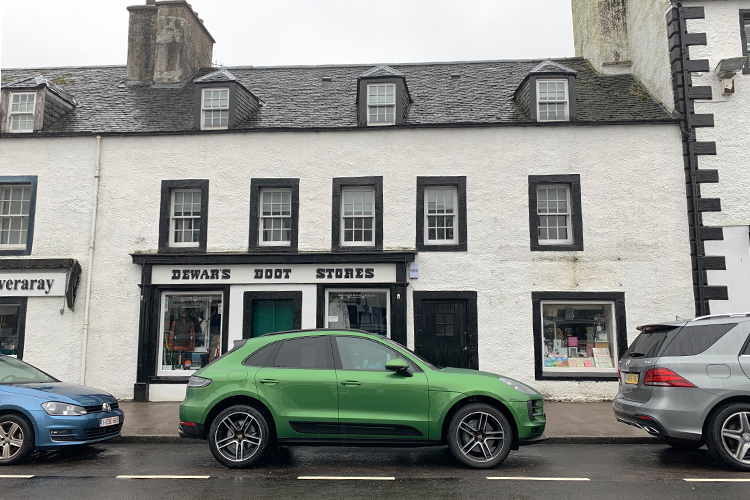 One of the most memorable stretches was the 50-kilometre run down the Kintyre peninsula (made famous by Paul McCartney’s 1977 Christmas single, Mull of Kintyre) to the remote, sleepy distillery town of Campbeltown and back up again – along windswept, near-deserted roads, past endless miles of bleak, rocky coastline, and with the outcrops of Northern Ireland just visible across the straits. It was Scotland at its most forbidding, but also its most awesome.

Just as awesome, but far more comforting, was the food. The UK as a whole may not be known for its cuisine, but thankfully Scotland stands apart.

The seafood in the coastal towns was remarkable – the scallops from the sea lochs (essentially lakes which are open to the sea at one end) were incredibly succulent, and the super-fresh haddock turning even the humble fish-and-chips staple into a gustatory treat. 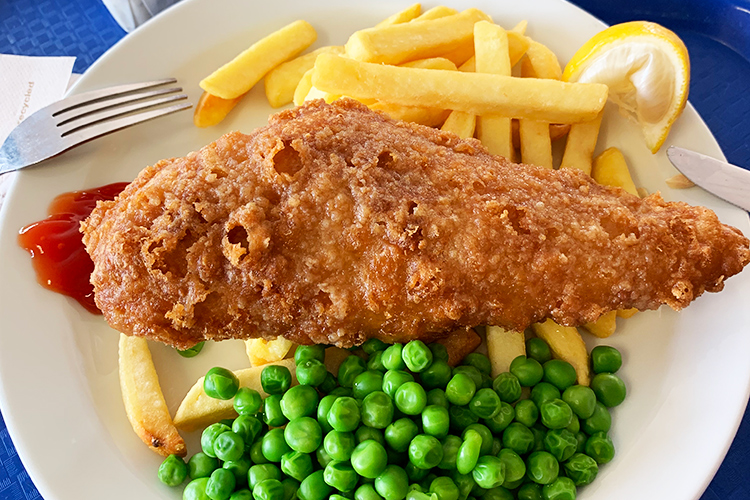 The beef – whether in a steak or a burger – was wonderfully tender and tasty as well, and paired perfectly with a Scottish ale (or two) at the end of each day’s drive.

I now know why the Scots look perenially amiable and cheerful – it’s all to do with being well-fed and well-watered.

In fact at the end of three days and nearly 1500km across Scotland, I was left wanting more – more of the country’s incredible pub fare, more of its vast views and bleak ruggedness, and more time behind the wheel of the effortlessly swift, remarkably entertaining Macan S.

Romania Road Trip: A drive through history in the BMW 850i

6 road trip dangers to look out for 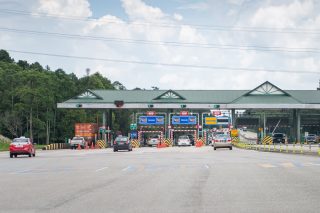