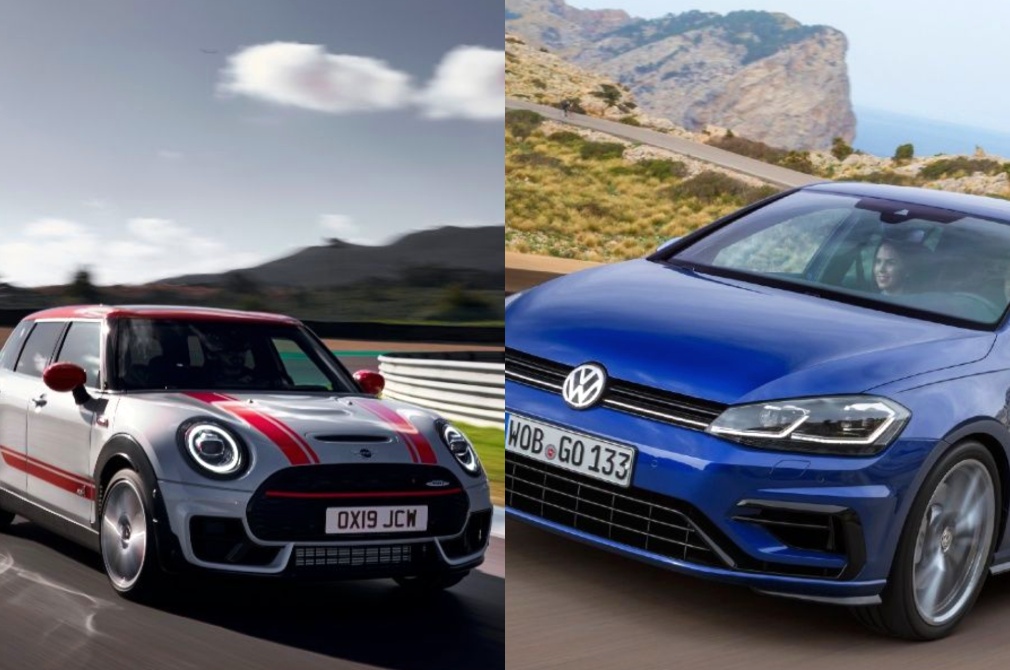 The Volkswagen Golf R and MINI John Cooper Works (JCW) Clubman are as different as night and day.

One is an understated German hatchback, while the other is an extroverted British estate.

But surprisingly, they’re fairly similar in size and performance. Both also have 2-litre engines, all-wheel-drive and more than six forward ratios. They’re priced closed to each other, too.

Now, we wanted to make this a true-blue, two-car Group Test, but under circuit-breaker regulations, this isn’t possible yet. So, in the meantime, here’s a short side-by-side comparison. 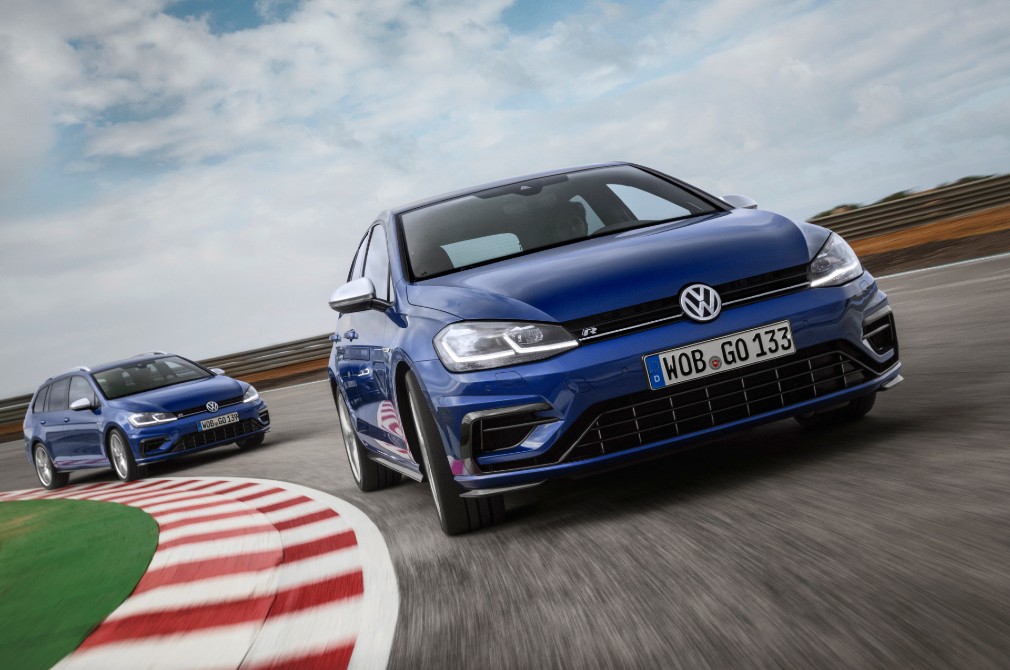 Its turbocharged 2-litre 4-cylinder kicks out 306hp and 450Nm of torque. Mind you, such figures used to only be seen in cars with BMW’s turbocharged 3-litre inline-6 engines.

Equipped with an 8-speed automatic, the MINI JCW Clubman sprints from rest to 100km/h in 4.9 seconds.

The Volkswagen Golf R, on the other hand, makes do with “only” 286hp (290PS) and 380Nm from its turbocharged 2-litre inline-4. This motor is mated to a 7-speed dual-clutch gearbox.

Yet despite its 20hp deficit, the Golf R is actually quicker than the JCW Clubman, and finishes the century sprint in 4.6 seconds.

That 0.3 of a second time difference seems small at first. But in the context of the sub-5 second category, it’s actually even more impressive. Performance aside, the appeal of a hot hatch also lies in its practicality. If it’s not useful in everyday situations, then one might as well buy a coupe.

In this regard, the MINI JCW Clubman is more practical than the VW Golf R. We like its vertically split tailgate or “fridge doors” that open on either side to facilitate the loading of luggage and other belongings.

The JCW Clubman’s boot has 360 litres of space with the rear seats in place, and 1250 litres when the seatbacks are folded.

Meanwhile, the Golf R offers 343 litres with the rear seats up and 1233 litres when you fold them. It’s just a 17-litre difference, but it’s a smaller boot, nonetheless. 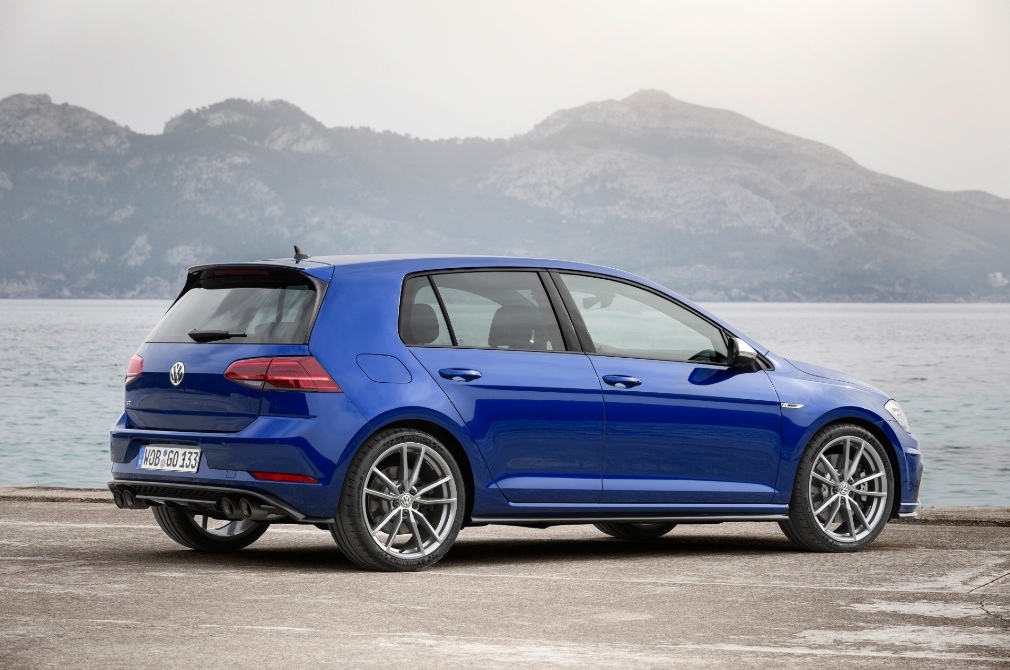 The Volkswagen Golf R’s styling is conservative, considering its scorching performance. Apart from the R badges, the biggest clue to its potential is the quad-exhaust system beneath the rear bumper.

The Golf’s understated design has served it well – the car hasn’t even aged since it was first introduced in 2014. And thanks to a facelift two years ago, it still looks fresh.

The MINI JCW Clubman was also recently updated and as mentioned earlier, is a lot flashier than its German rival.

Two-tone paintwork, racing stripes, a red accent on the front grille and the “Clubman” badge emblazoned across the rear doors ensure that this estate’s road presence is felt – even while parked.

Perhaps these are why MINI didn’t see the need for the JCW Clubman to have a quad-exhaust unit. 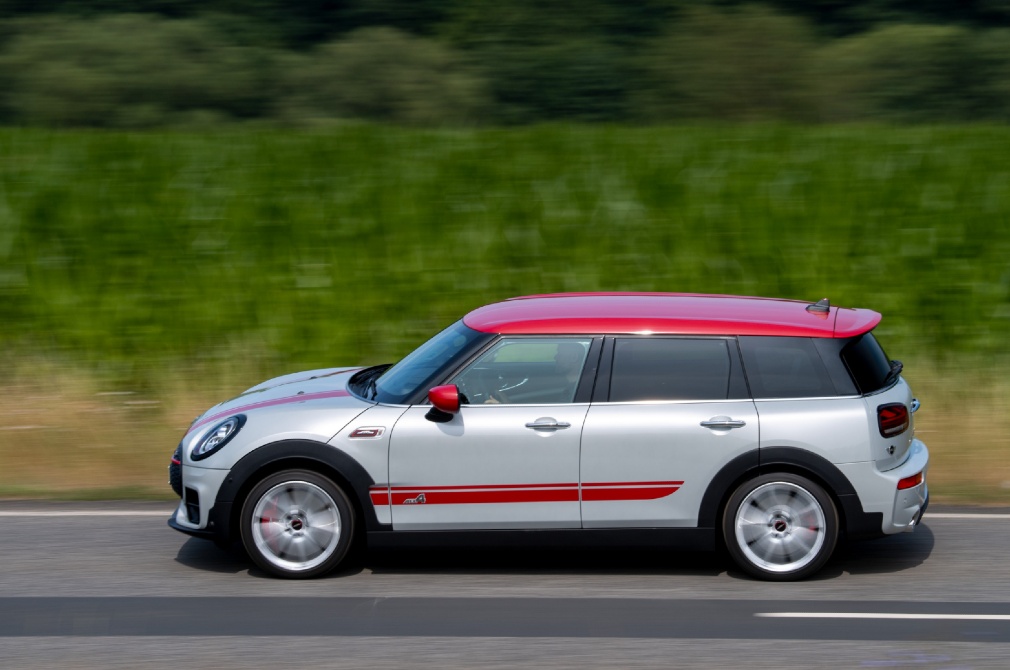 The Volkswagen Golf R may not have much flash for a hot hatch, but it does offer more dash for slightly less cash. It’s currently listed for $198,900, while the JCW Clubman retails for $203,888.

What does the $4988 premium get you? Well, the Clubman is more eye-catching, even sans racing stripes. It’s also more customisable and slightly more practical, too. And if you’re interested in a MINI, fun must be a factor for you.

So, it boils down to this: Do you prefer the German with less flash but more dash, or the Brit with less speed but more panache?