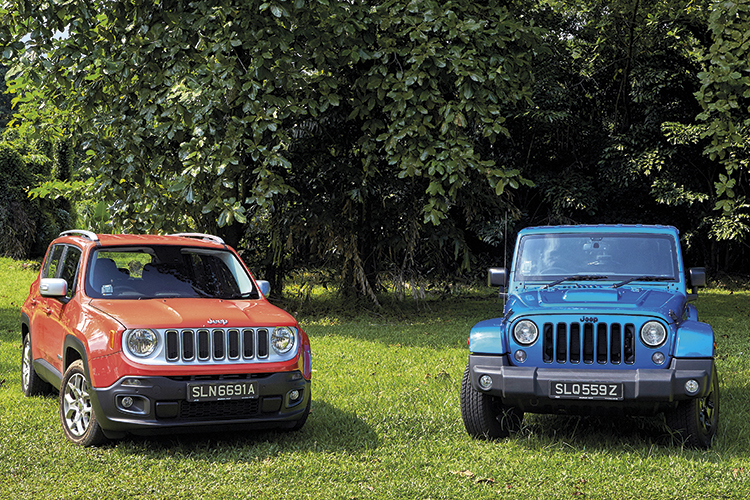 You know you have a lot to live up to when you’re born into a family full of legendary siblings and ancestors.

That’s exactly the kind of pressure that the Jeep Renegade is under.

The Renegade is the most affordable member of the Jeep family. It is also the smallest and softest Jeep to date. That position used to be occupied by the Renegade’s next older sibling, the Cherokee, which can now breathe a little easier. 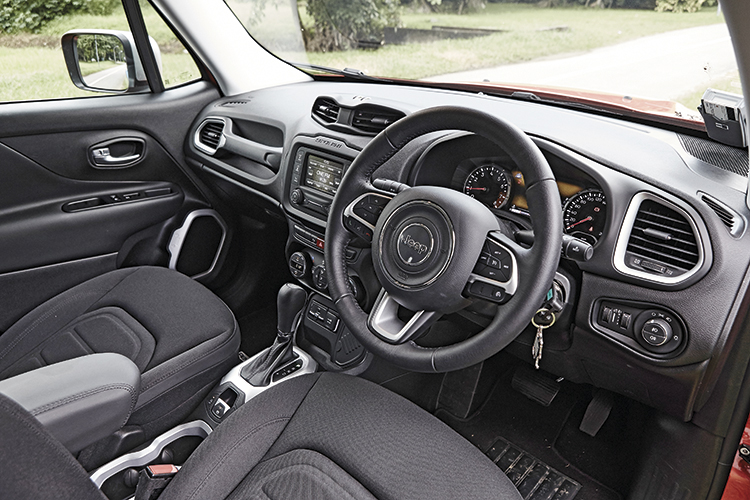 Getting behind the wheel of the Jeep Renegade is easy, and the cockpit is full of modern creature comforts.

There’s less pressure on the Cherokee now because most of the responsibility of growing the Jeep brand now rests on the Renegade’s shoulders.

Now, you’re probably wondering why we’ve concluded that the Renegade is the soft-roader in the Jeep lineup, when it has such square and rugged lines.

But behind that iconic Jeep grille and beneath its chiselled sheet-metal, the Renegade is very much a city slicker at heart.

It has a turbocharged 1.4-litre 4-cylinder, versus the Wrangler’s naturally aspirated 3.6-litre V6. And the Renegade models available in Singapore are “rebellious” because they are front-wheel-drive only. Talk about taking your name literally. 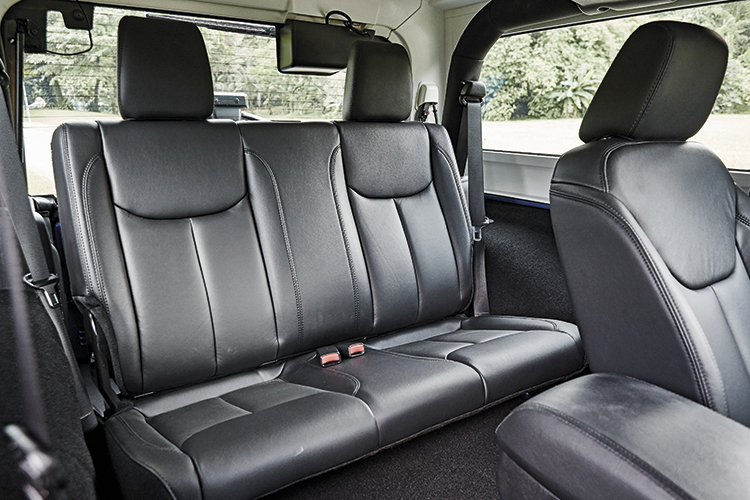 Clambering onto the three-door Jeep Wrangler’s backseat is an adventure in itself.

The Wrangler, on the other hand, looks like it was conceived and born in the wilderness. When it emerged, it probably felled 1000-year-old trees, caused landslides and sent packs of wolves running for the hills with their tails between their legs.

After all, the Wrangler can trace its lineage to the original Jeep used by American and Allied forces in World War II. You’ll feel its indestructible vibe just by standing beside it.

And unlike the Renegade, the Wrangler is a true-blue American cowboy and intrepid explorer, unafraid of venturing into dark forests and having a go at conquering impossible terrain. 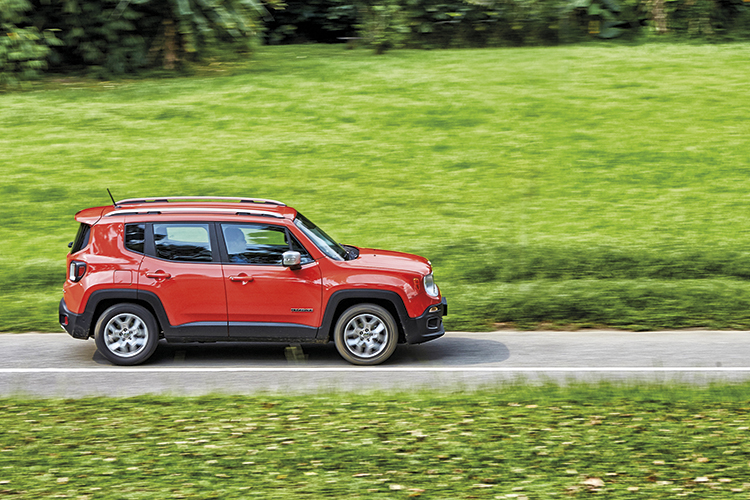 The Jeep Renegade is at home on tarmac.

Unlike the Renegade which is a monocoque, the current Wrangler is still built on an old-school, body-on-frame design. And to enable it to traverse various surfaces, be it rocky, sandy, muddy or snowy, the Wrangler is equipped with Command-Trac 4×4, which includes high-range and low-range four-wheel-drive modes.

Indeed, the Wrangler’s only limitation is its driver. If the person behind its wheel is as adventurous as this sports utility vehicle, there are few places that the Wrangler will be unable to reach.

Meanwhile, the front-drive Renegade is really limited to paved surfaces. In fact, during this shoot, the test car nearly got stuck on the damp grass. Our photographer and senior designer had to roll up their sleeves and push the crossover, while I gently applied the throttle and tried to find traction by turning the steering wheel from left to right. 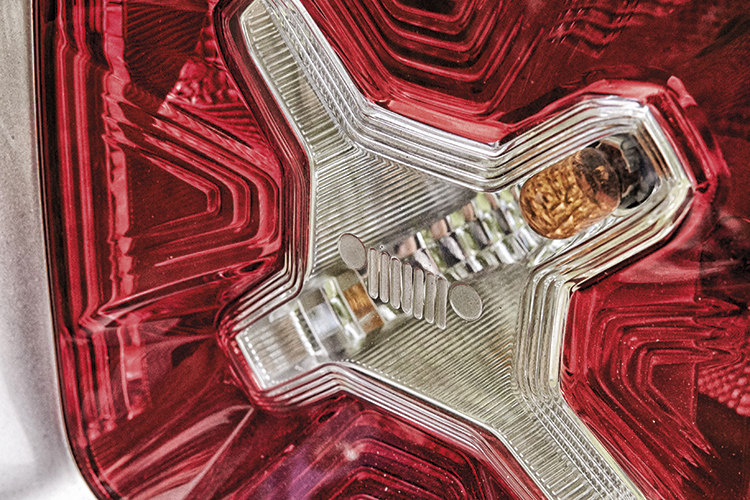 Ironically, the Jeep Renegade, which has a smaller turbocharged 1.4-litre engine, is the one with “jerry cans” of fuel.

Afterwards, I had to turn my head left and right as I was met with a barrage of questions, which included “Is this really a Jeep?” and “Why doesn’t it have four-wheel-drive?”

I distracted my colleagues by getting them to shoot the Renegade’s interior, which is full of references to Jeep’s off-roading prowess, despite this model not having any.

The tachometer, for instance, is “splashed” with mud and there’s a “Since 1941” phrase stamped onto the centre console. The front windscreen has a silhouette of a World War II Jeep climbing a hill, and the rear windscreen has a silhouette of Bigfoot. Perhaps they are there to remind the Renegade driver that he’s still part of the Jeep family, after all. 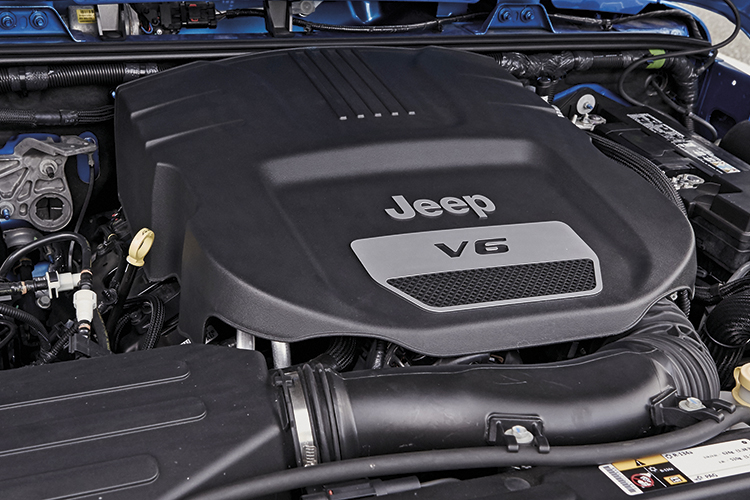 That said, this city slicker isn’t short on creature comforts. The cabin is full of soft surfaces and cubby holes for loose items. There’s even an electronic parking brake.

You won’t find any of these in the Wrangler, which still has a ginormous manual handbrake and awkward pedal placements – the brake pedal is too near and the accelerator is too far. Adjusting the driver’s seat is tricky, to say the least. 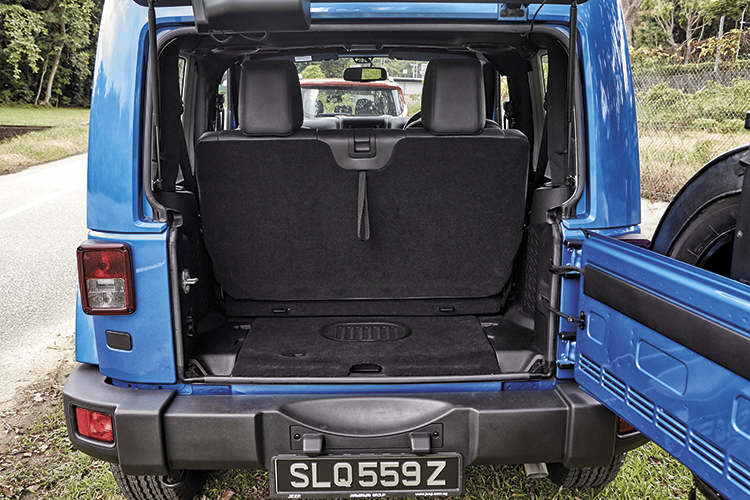 It’s easier to open the Jeep Wrangler’s tail-gate in a forest clearing than in a multi-storey carpark.

That might be the best way to drive the Wrangler when you’re in the city. Without any doors, you can holler at other drivers to get out of your way or risk being squashed, although I’m pretty sure you’ll be given a wide berth anyway.

A Wrangler on tarmac is like a rough cowboy in a city. Its steering is vague and its suspension bounces you around if you attempt to drive it hard and fast. But that’s what makes it so appealing. It is rugged, unrefined, and unashamed of its character. 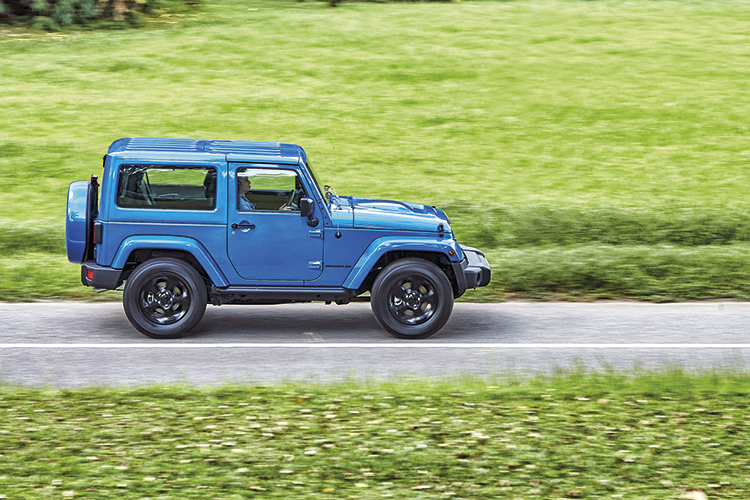 Smooth roads make the Jeep Wrangler feel like a rough cowboy in the city.

The Renegade may not be able to chart unexplored territories, but it wasn’t designed for that anyway. Any adventures must be urban ones, where its smaller size and nimbler handling give it the edge over its sibling.

Can the Renegade grow the Jeep brand? Time will tell, but the baby Jeep should make a name for itself by honing its own talents, instead of trying to emulate the accomplishments of its tougher siblings. 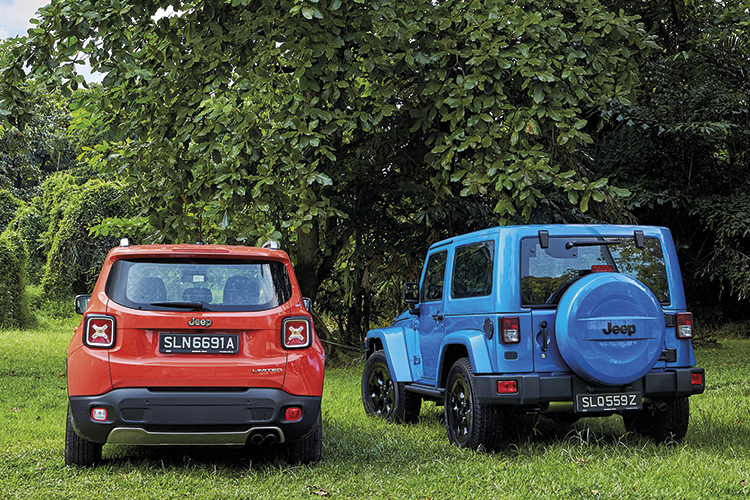 Check out the new Jeep Compass