Keep F1 in Singapore, but only if they change the sport | Torque
Loading posts... 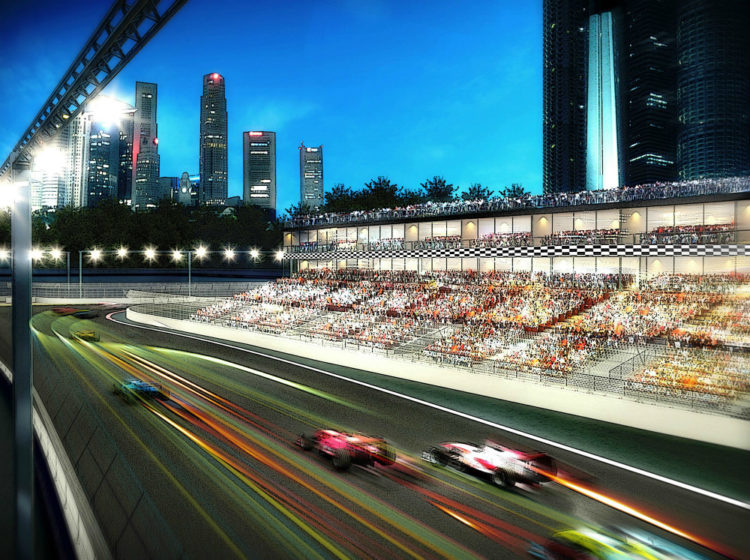 The Formula One race in Singapore is a cacophonous, traffic-snarling, too-expensive, elitist event involving inadequate overtaking in a sport where rules change faster than a Mourinho mood. So should we keep this race?

Of course. Whatever else can we complain about?

Eventually balance sheets read by folks in suits will determine whether this sporting event stays alive and F1 chief Bernie Ecclestone, who is a back-pedalling quote machine, is hopefully about to find out that Singapore negotiators are steadfast.

If the deal to extend the race beyond 2017 is pleasing, let’s keep this fiesta of ear plugs. Firstly because the race quenches a rare thirst: If the zoo charms the visitor, the gardens calm, the shops seduce, then this is a spectacle of cars under stars.

Secondly, let’s turn one part of Singapore sport into a tradition. Let’s build history. Let’s sink roots into an event. Let’s make ourselves synonymous with a sport and a season. Just as summer means Wimbledon and Boxing Day signals the start of a Melbourne cricket Test match, September in sport should mean Singapore.

Like Monza (66 races) or Monte Carlo (74), Singapore should become a sporting habit and a destination, a place which Lima fans instinctively circle on a map and a date that Perth petrolheads will mark on calendars.

Yet it is not easy to create a lasting brand for in uncertain economic times, with shrinking attention spans and altered tastes, events have unpredictable lives. Singapore lived for the Malaysia Cup but now for the EPL. The best golfers once flocked here and now their tribe has moved elsewhere.

Yet one of the prerequisites to a sporting culture is to have continuity and this race could be our little, regular jewel. After all, what else gets 80 million people every September to take a look at us on TV?

What else stands as an obvious example of our organisational skills? What else can lead to people to fly in and learn to say “awreddy”.

But here’s the dilemma: Singapore should agree to host only if the sport remembers how to entertain. Viewing numbers are declining because the sport as a whole is. Officials fiddle as fuel burns.

Football’s beauty is its simplicity, F1’s burden is its complexity. This year after two races the new qualifying format was rejected and changed. Drivers have criticised the rules and Toro Rosso boss Franz Tost has said “nonsense” penalties are given when cars touch each other. Presumably he meant to say: This is racing, fellows, not knitting.

Circuits could encourage overtaking and to watch MotoGP’s duels is to drool. High ticket prices – $258 is the cheapest, current deal for the 2017 Singapore race – keep hardcore fans at home while champagne-quaffing elites come to take a provisional, air-conditioned peek.

All sports are hostage to money, but Formula One’s tragedy is that it has no place for a Leicester-like triumph. The underdog will never be top dog: he may sneak a race win, never a season. Here, only the rich rule – smaller teams are almost afterthoughts to fill a field – and it is breeding a monotony. Next will come indifference.

My pal Pradeep used to have a friend send him VHS tapes of F1 races from Sydney in the 1980s and in his living room he watched as if attending motorsport Mass. Now he barely watches on TV and hasn’t attended the Singapore race the past few years, turned off and away by the “sheer lack of competition”.

This year 18 of 20 races have been won by one team and when he sees Mercedes on the front row, Pradeep thinks “why bother”. Of course if you reversed the grid, and put the fastest car in the last row, he’d queue up all day to buy tickets.

Of course, other sports – say Spanish football – have teams who dominate as ruthlessly, but they are not faceless people, hidden under helmets and behind data. Those teams are led by Messi and Ronaldo, players of charisma and physical theatrics and high skill, and we might wonder if F1 is offering us a champion of similar dazzle.

People will always watch because racing – whether it’s camels, ostriches or cars – is part of the human sporting condition.

But Formula One must shrug off its conceit that it is the ultimate automobile attraction and morph into a simpler, fan-friendly, affordable, closely competitive pursuit.

Singapore should hang on to the race but only if the deal is sweet and the sport turns sexy. As much as we need a signature event, we also know that sport preaches patience.

Cultures, after all, are built slowly and painstakingly. But as a fellow with a gold medal who is in town would tell us, everything extraordinary is worth the wait.

Related story: Has the Singapore Grand Prix lost its lustre?
Related story: The big money involved in F1 makes it easy to lose sight of the sport itself