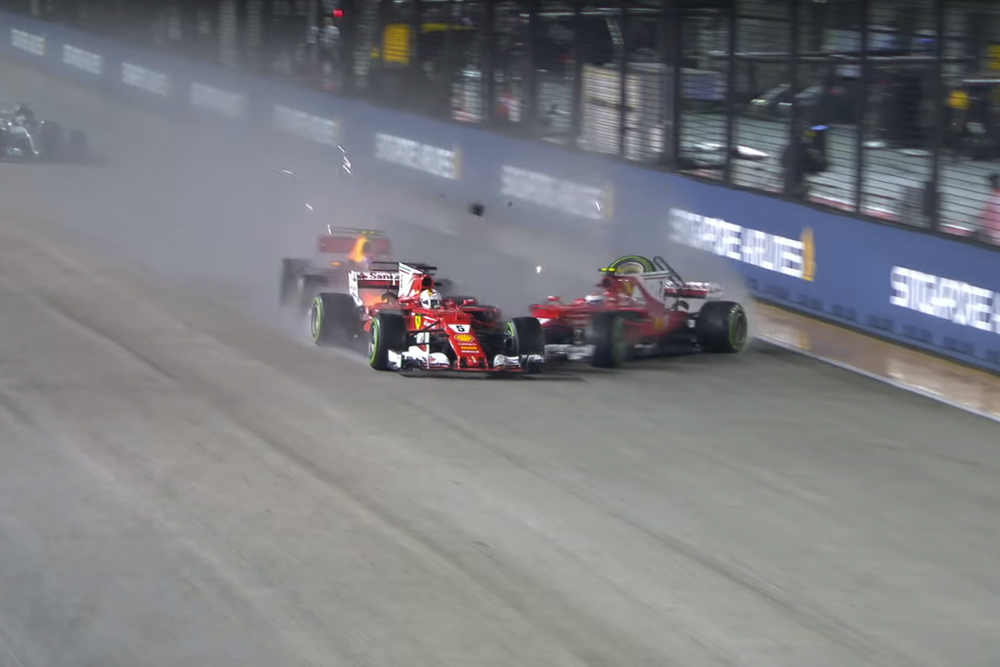 This was the wildest start in Singapore. A collision between three top drivers – Red Bull driver Max Verstappen, and Ferrari drivers Sebastian Vettel and Kimi Raikkonen – took place barely 10 seconds after the night race began. Although stewards ruled that no driver was “predominantly to blame”, Vettel, who had been in pole position, was largely blamed for an “aggressive” move that pushed Verstappen into Raikkonen. Raikkonen’s out-of-control car also sent Fernando Alonso’s McLaren into a brief airborne spin. This was quite the talking point, as it was only the fourth time in F1 history – after Belgium 1977, Japan 1990 and Spain 2016 – that the front row was wiped out. Mercedes’ Lewis Hamilton benefited from the incident as he took home the trophy, after saying earlier that day that it would take a miracle for him to win. 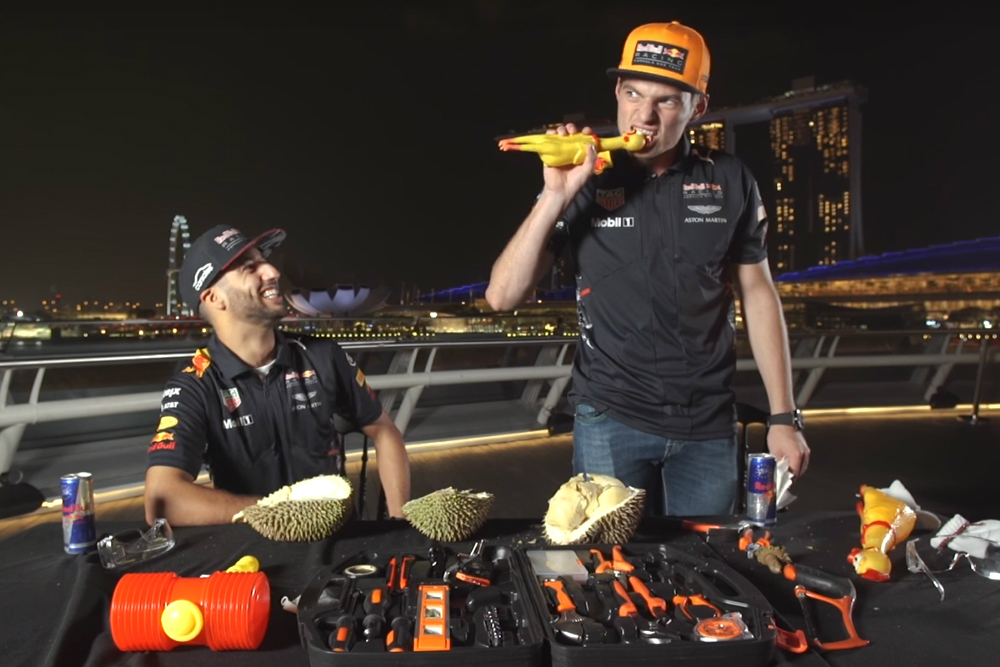 A Red Bull video of Max Verstappen and Daniel Ricciardo in a durian tasting was the talk of the town, garnering some seven million views at the time. First off, the durian virgins were tasked to open the fruit, which they attempted with a hilarious assortment of tools, from a hammer, to a saw, a chair leg and a rubber chicken. Somehow, a durian was cracked. Then, the taste test. “It burns!” exclaimed Ricciardo, who hails from Australia. Verstappen, a native of the Netherlands, simply retched and gulped down some water. The score – Drivers: 0. King of fruits: Annihilation. 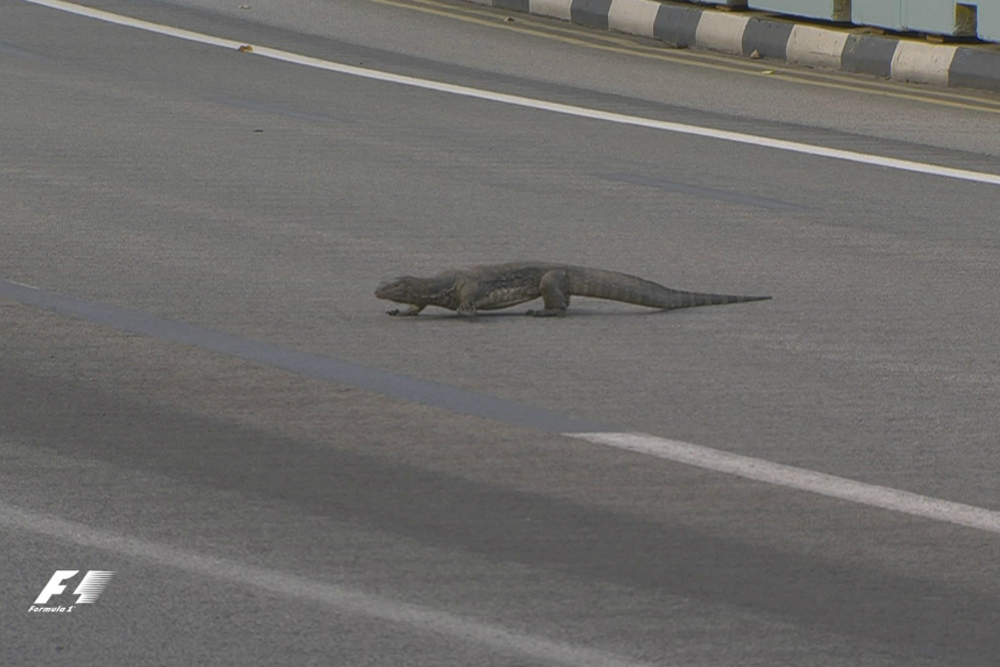 A Saturday final practice was interrupted when this monitor lizard was seen breaking and entering the Marina Bay racetrack, just as the cars were heading back to their pit stops. It startled Verstappen, while Alonso posted a picture on Facebook and referred to the reptile as a “new friend”.

The moment when spectator Yogvitam Pravin Dhokia decided to take to the track during an ongoing race at Esplanade Drive is one to remember. It was a foolhardy stunt that saw the British resident climbing over a barrier, walking into the escape cage and then climbing out of an outlet onto the track. He crossed the circuit and jogged across the road as the F1 racing cars, including Vettel’s Ferrari, sped past him at speeds of around 270km/h. Three marshals blew their whistles and called for him to get off the track, but he ignored them, even whipping out his iPhone to take a video of the oncoming cars. We’re all for #YOLO ,but this was definitely too much. He eventually served a jail sentence of six weeks on 3 November of the same year.

Ferrari’s Vettel was a shoe-in as he’d taken the trophy for three straight years (from 2011 to 2013, when he was driving for Red Bull-Renault). And the year 2015 marked the first time a driver won for the fourth time in Singapore. This year, he’s got another shot for the top position in Singapore. Lewis Hamilton is at the top of the standings this time, with Vettel trailing close behind. But anything can happen in a night race! 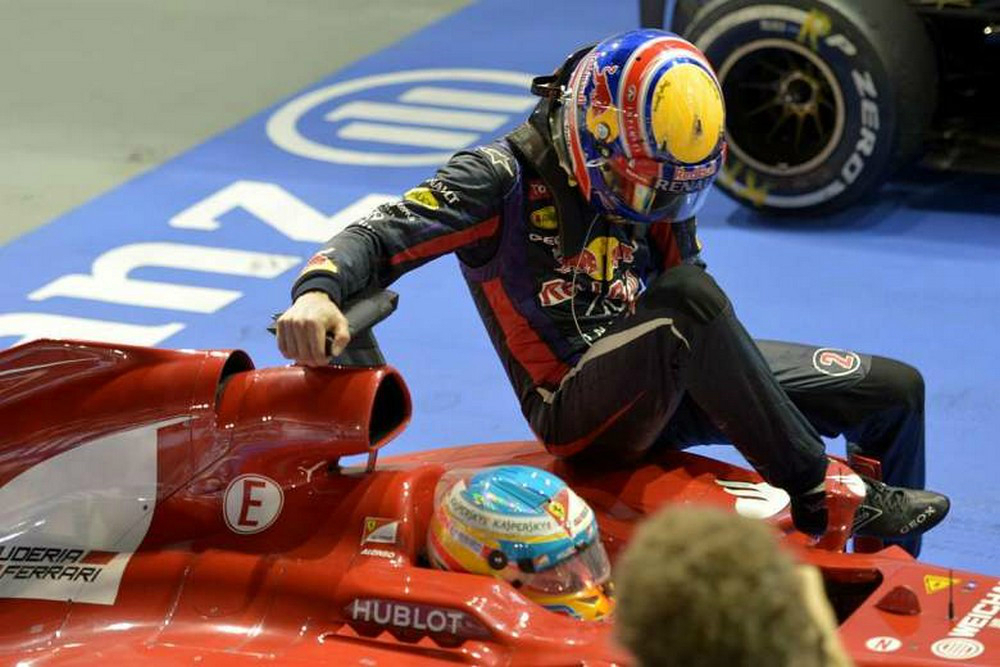 The time when former Red Bull driver Mark Webber hitched a ride on Alonso’s Ferrari during the warm-down lap looked like a celebration of friendship and camaraderie. Webber, who had been fighting Raikkonen for the final podium place when his car caught fire, had been stranded on the track and Alonso had gallantly stopped to pick him up. What spectators didn’t catch was the Red Bull driver running across the track to catch his ride, and Mercedes drivers Hamilton and Nico Rosberg having to swerve to avoid Alonso’s stationary Ferrari. Both Webber and Alonso were slapped with penalties for a breach of the F1 rules and for endangering others. 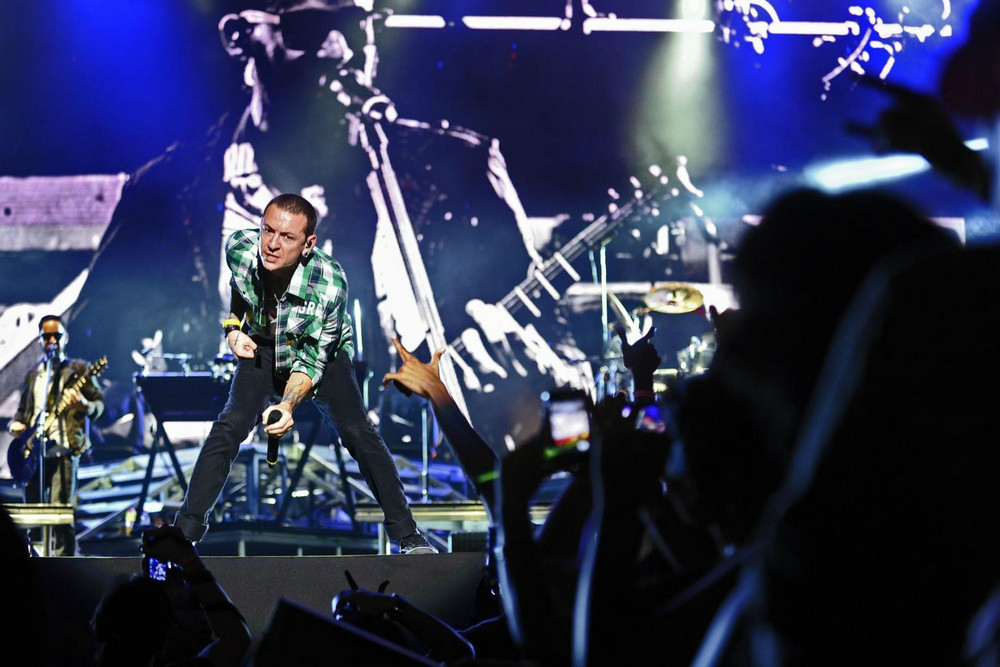 It was the third concert in Singapore from American rock band Linkin Park (they previously played in 2004 and 2007 to rapturous crowds). This Grand Prix concert was to be the last time that lead singer Chester Bennington would grace the stage here, as the vocalist – one of rock’s greatest voices – took his own life in 2017. His signature sliding scream and anguish-drenched, lilting tones were heard on classics like Breaking The Habit and In The End. RIP, to the man of extreme vocals. 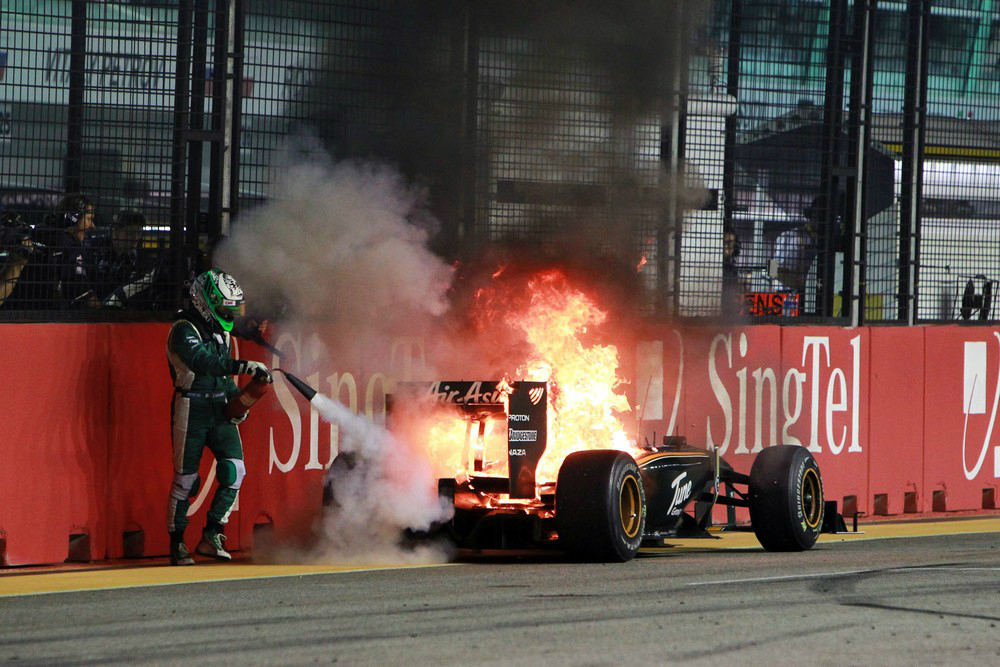 Heikki Kovalainen’s Lotus caught fire in a highly dramatic moment in the 2010 night race’s final lap, forcing him to retire. He didn’t head back to the pit with the flaming vehicle, which he deemed to be unsafe, but bravely put out the fire at the back of his vehicle with an extinguisher handed to him by the Williams team. He later told reporters: ”I’ve told (team owner) Tony (Fernandes) and (chief technical officer) Mike (Gascoyne) that they maybe need to pay me more as I’m now a fireman as well.” 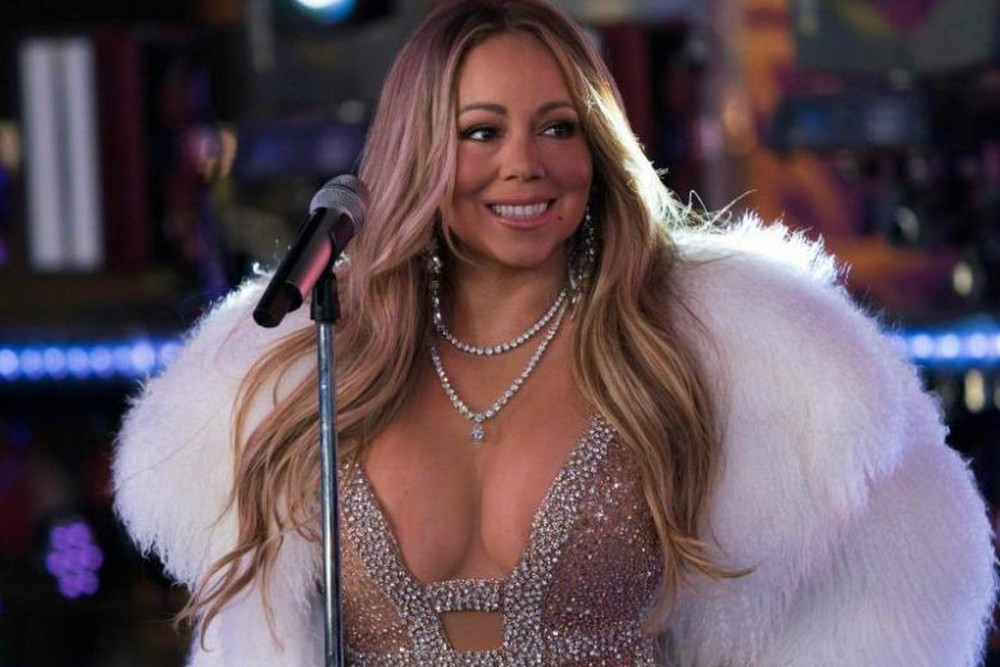 The diva falls. The singer was busy showing off her five-octave vocal range and prancing around the stage when she slipped and took a tumble mid-song. She kept on going, singing the 1992 hit Make It Happen as her backup dancers came to her aid, hauling her up by the arms. “I did that on purpose!” Carey joked to the crowd, kicking off her heels and waving to an assistant to take them away. It turns out that during that time, Carey had been pregnant with her twins, Moroccan and Monroe. “TY SO much to my fans in Singapore!!!,” she tweeted after her 90-minute set. “Yeah, several hectic moments, (lol!)but I tried to swirl them into festive!”

10. Beyoncé’s first ever performance in Singapore, 2009 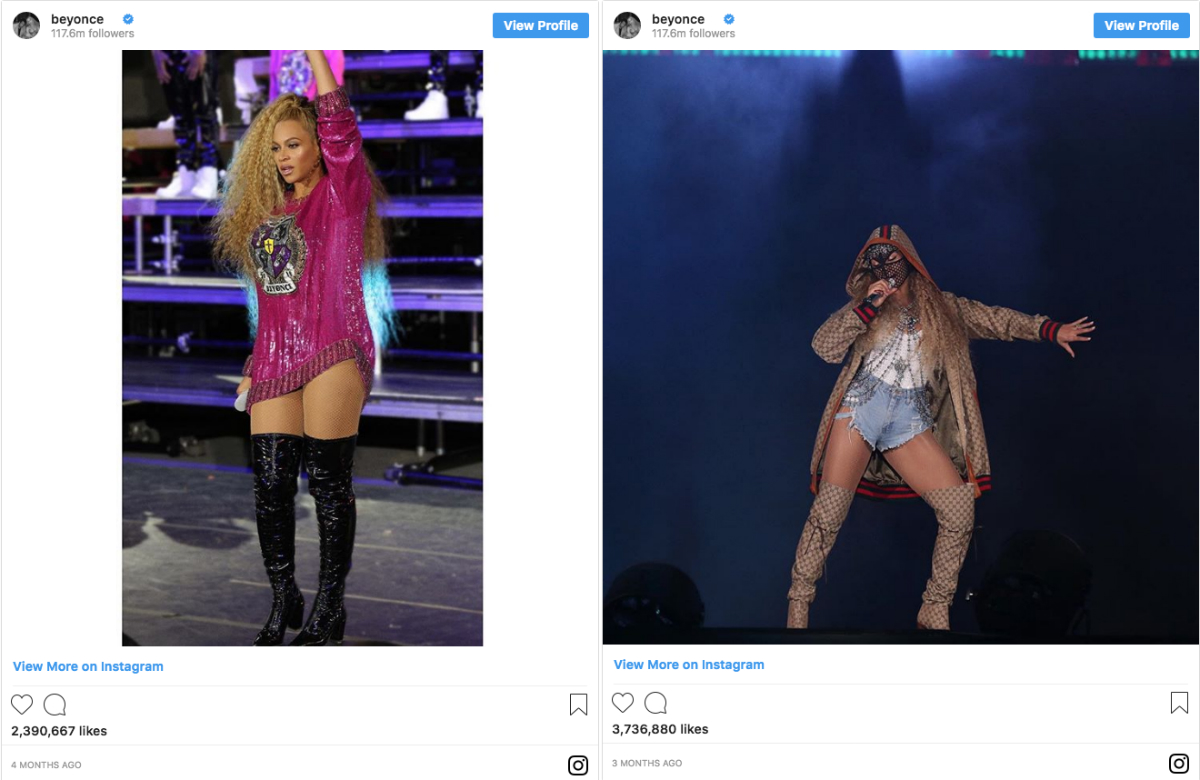 Beyoncé performed in Singapore for the first time, appearing at arguably one of the biggest F1 off-track concerts, F1 Rocks at Fort Canning. She was on her “I Am…” World Tour, and had recently released her I Am… Sasha Fierce album. In Singapore, she shook her booty and blasted her hits to a hyped-up crowd. Songs like Crazy in Love, Naughty Girl, If I Were a Boy and Single Ladies (Put A Ring On It) were all on the set list. She may have evolved massively since then, but we’ll always remember that very first performance, in a time when she was standing her own very solidly as a solo performer (Destiny who?) and becoming Queen Bey as we know her today. 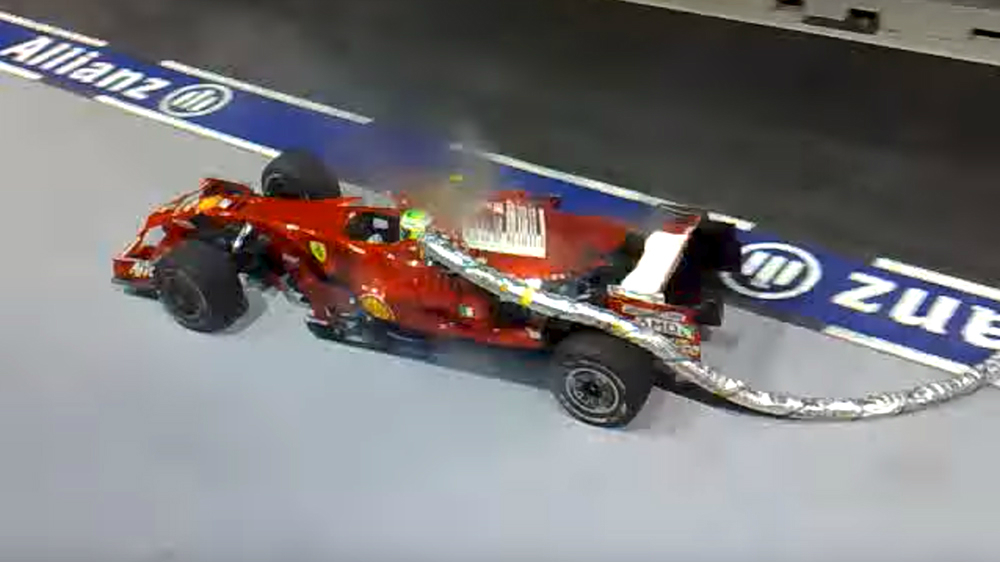 Racecar drama! This was the inaugural night race held in Singapore, and the most dramatic moment came from F1 driver Felipe Massa, when the Ferrari signalling system failed, leading the driver to exit the pit stop with the fuel hose still attached to his vehicle. Massa was forced to park at the end of the pit lane while mechanics had to rush in and yank and pull at the hose until it came free. Massa, who had started in pole position, never recovered from the mishap, and Alonso would win this race with what was called an unlikely victory. An auspicious start to our first F1 Singapore Grand Prix where there’s never a dull night!