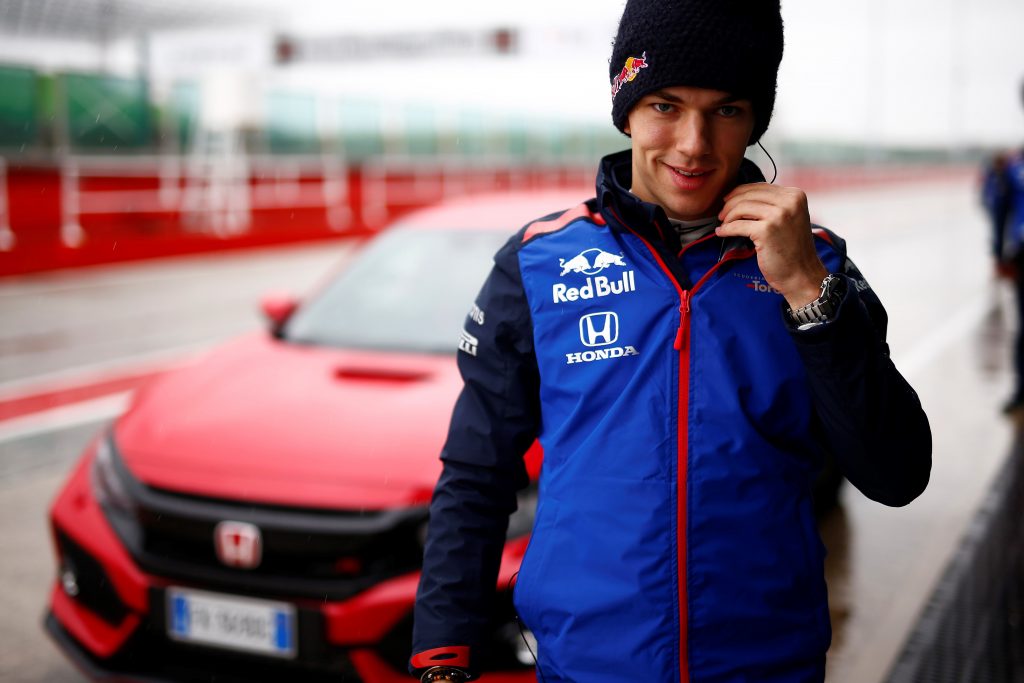 The 2017 Civic Type R, which is manufactured at Honda of the UK Manufacturing (HUM), is the ideal fit for a Formula 1 racing driver on or off the track. Coined as a “race car for the road”, it holds the record for the fastest front-wheel-drive car ever around the Nürburgring Nordschleife, with a lap time of 7 minutes and 43.8 seconds.

Both Gasly and Hartley are competing in their first full season of Formula 1 this year, having driven in the 2017 championship for five and four rounds respectively. Finishing fourth in the Bahrain Grand Prix last month, Gasly scored his first ever F1 points and Red Bull Toro Rosso’s first points of the season.

Gasly and Hartley have another important point in common also. Both are champions, with Pierre having taking the GP2 title in 2016 and Brendon a double and reigning World Champion in the World Endurance Championship.

Frenchman Gasly, who also finished as runner-up in Japan’s Super Formula, racing with Team Mugen, received his new hatchback last month and commented: “I am very lucky to have a Type R as my daily car. I’m excited to try it out on the iconic Route Napoleon in the South of France, and maybe even on a racetrack where I will really be able to push the limit.”

For Hartley, the imminent arrival of his own Honda Civic Type R brings back a few memories: “Would you believe it, my first ever road car was a 1996 model year Honda Civic,” recalled the New Zealander. “So it’s nice to get the upgrade to the Type R. The only downside is that, with 21 Grands Prix and the really busy F1 schedule away from the track, I won’t get to drive it as much as I’d like.”

The 414 litres of boot space with a wide boot opening of 1120mm, combined with a flat boot floor for loading of heavy items, also fits the bill for a round-the-world commuter, with Gasly adding: “The interior is spacious, particularly the trunk, which is important for going to the airport with all the luggage I need to carry.”