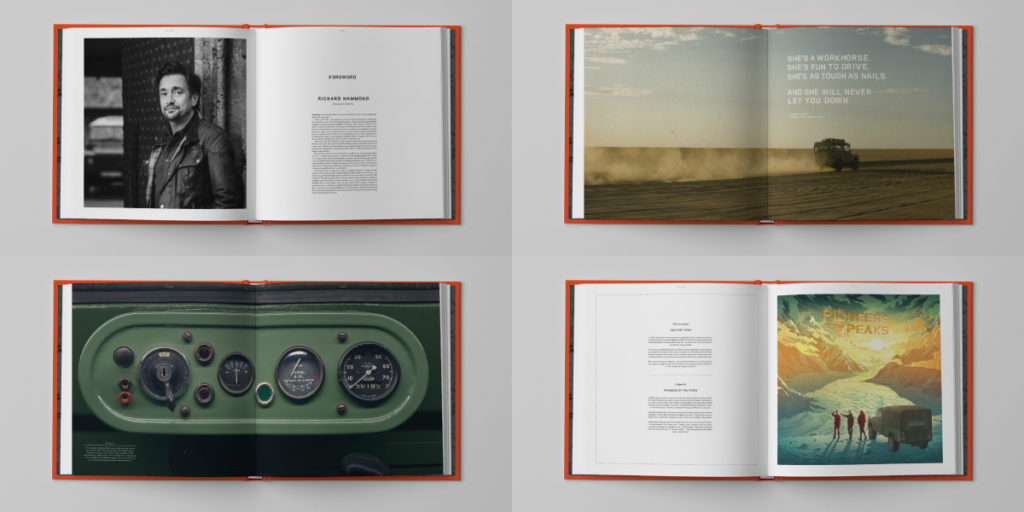 On 30 April 1948, 69 years ago, a legend was born as the first Land Rover was revealed to the world at the Amsterdam Motor Show. Over the next seven decades, the rugged 4×4 visited all corners of the world as it wrote its name into automotive folklore.

As Land Rover begins the countdown towards its 70th anniversary celebrations on 30 April 2018, the perfect gift for Defender lovers across the globe has been announced. Icon is the definitive official book celebrating Series and Defender models.

The carefully curated and beautifully produced hardback charts the legendary expeditions, humanitarian projects and adventures undertaken by these incredible machines and the people who brought them to life.

It features carefully chosen archive images, vivid first-hand accounts and exclusive interviews with the people behind the most recognisable 4×4 on the planet, including production line employees, significant customers and company executives.

The team responsible for the next-generation Defender – chief design officer Gerry McGovern and product engineering executive director Nick Rogers – also share their thoughts on what makes the Defender so special.

Series and Defender models have been a popular choice for politicians, celebrities and even royalty over the last 69 years, so well-known contributors also share their experiences. The foreword is provided by world-famous Land Rover customer Richard Hammond, while adventurer and broadcaster Bear Grylls, fashion legend Ralph Lauren, and Rugby World Cup winner and former South Africa captain John Smit are a few of the other famous names to grace the pages.

Icon stretches over 10 chapters and more than 200 pages, and captures the essence of the Series and Defender models through the vehicles themselves and the people who have loved, driven and relied upon them over the last 69 years.

Read about the rebirth of the Land Rover Series I.

Read about a group of Singaporeans who drove their Defenders to Desaru.