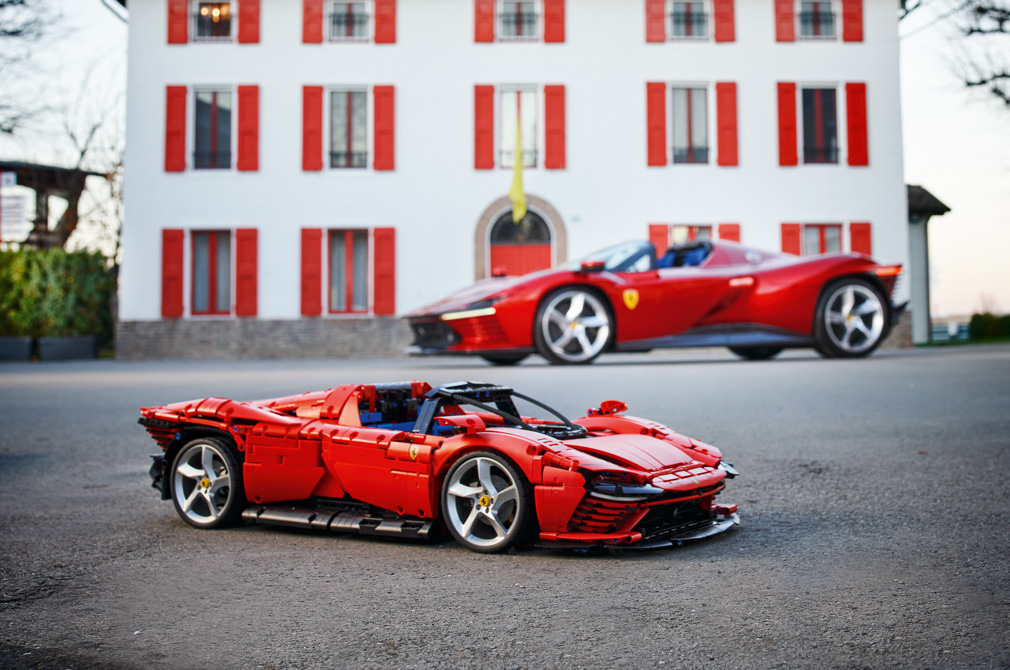 Fancy parking a stunning Ferrari Daytona SP3 in your living room? Well, you can if you acquire this kit from LEGO Technic.

Do so and you’ll have the chance to “engineer” the elegant and muscular 829bhp supercar yourself by assembling all 3,778 pieces of this 1:8 scale model.

The actual Ferrari Daytona SP3 is inspired by the carmaker’s legendary 1-2-3 finish at the 24 Hours of Daytona in the first round of the 1967 International World Sports Car Championship. 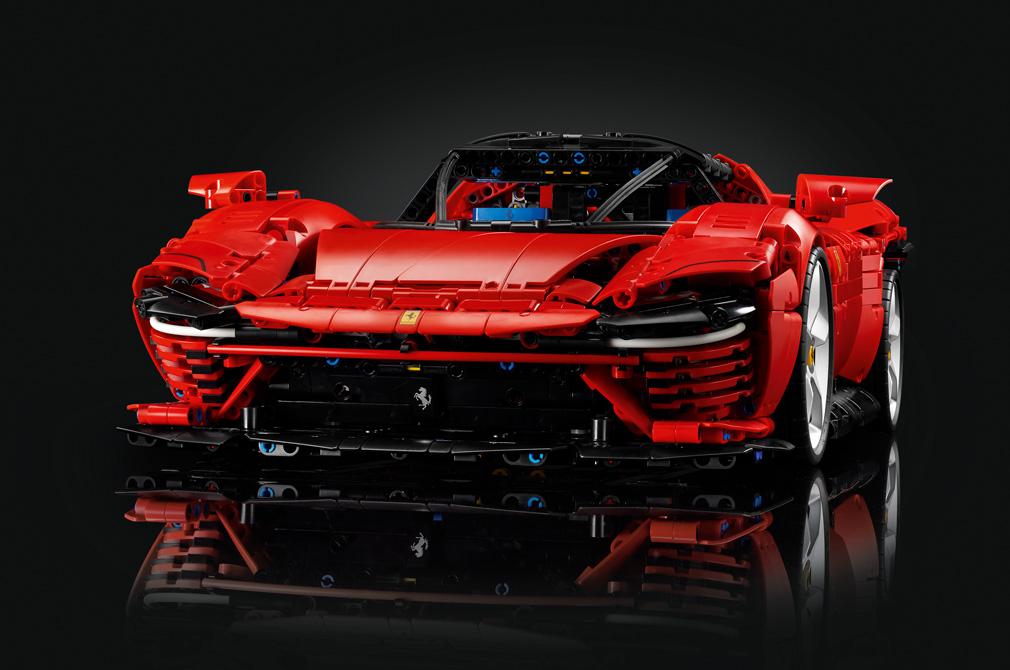 The LEGO Technic model showcases those tasty horizontal elements below the actual car’s headlights and at the rear. As expected, the V12 engine – with moving pistons – has been accurately replicated, along with the 8-speed gearbox.

Petrolheads who wish to display the finished kit will be glad to know that it replicates the real car’s butterfly doors and sleek interior. The steering wheel even features the Prancing Horse logo. 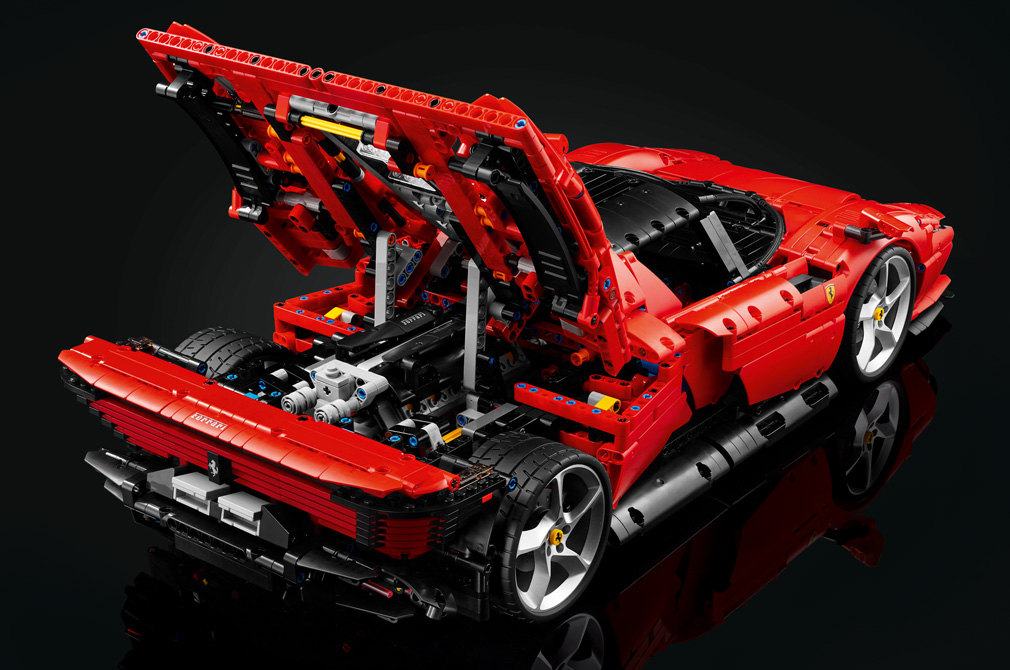 The LEGO Technic Ferrari Daytona SP3 will be available from 1 June 2022 exclusively from LEGO stores globally, followed by other retailers worldwide from 1 August 2022.

Hardcore fans will want to get their hands on the exclusive coffee table book, The Sense of Perfection. It delves into the innovation and engineering excellence that unites both LEGO and Ferrari, and offers a behind-the-scenes look at the model’s design.

It also features interviews of staff from both the LEGO Group and Ferrari designers. The book will be available in a limited print run of 5,000 copies via LEGO’s web store here starting from 1 June 2022. 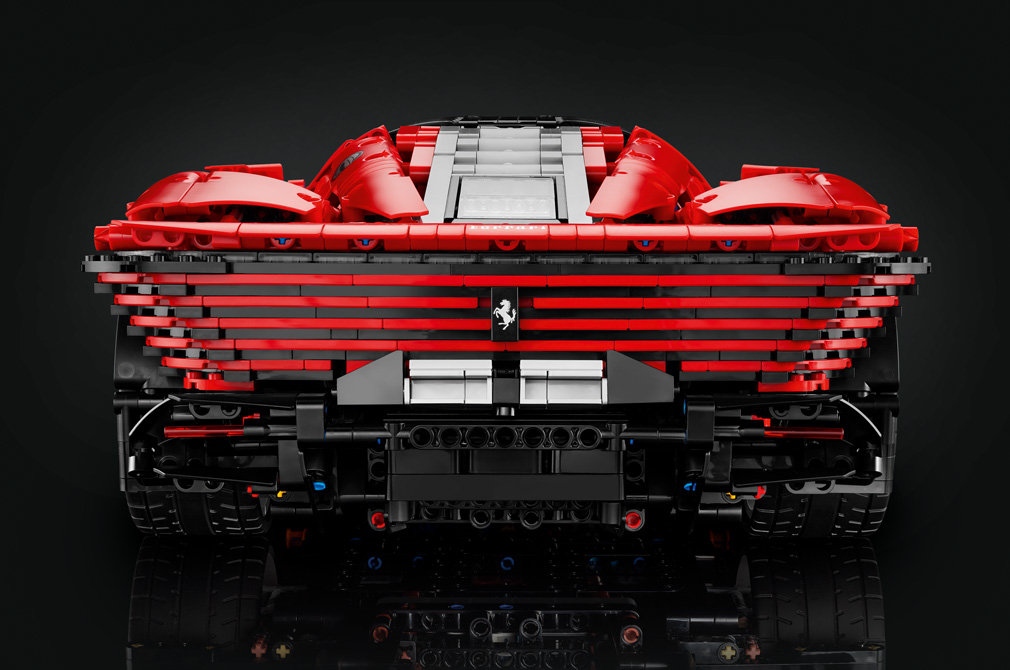