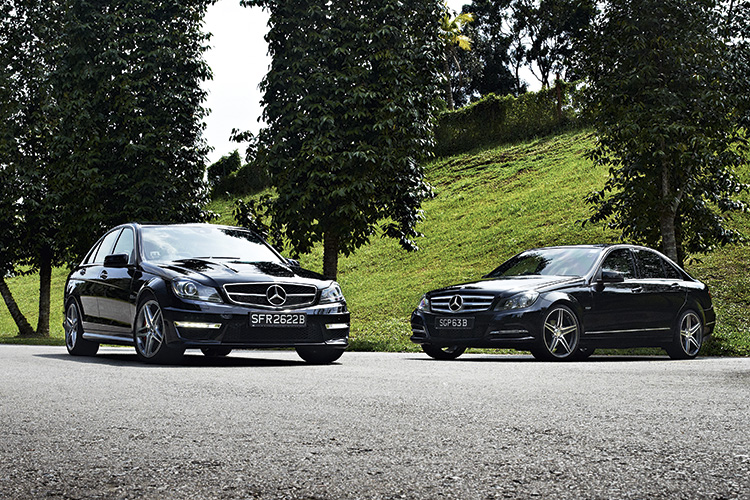 No petrolhead will suffer a headache entertaining the notion that the C63 AMG shares striking similarities with the C180 Kompressor (which really ought to be badged “C160”). After all, they come from the same “Class” of cars in the Mercedes school of thought. They probably come off the same production line, too. And it is perfectly possible to replicate much of the C63’s beefy look on the C180 by ordering choice parts from the AMG catalogue, supplemented by a few aftermarket accessories. The toughest “part” of copying the C63 styling is that powerdome bonnet – everything else is fair game. 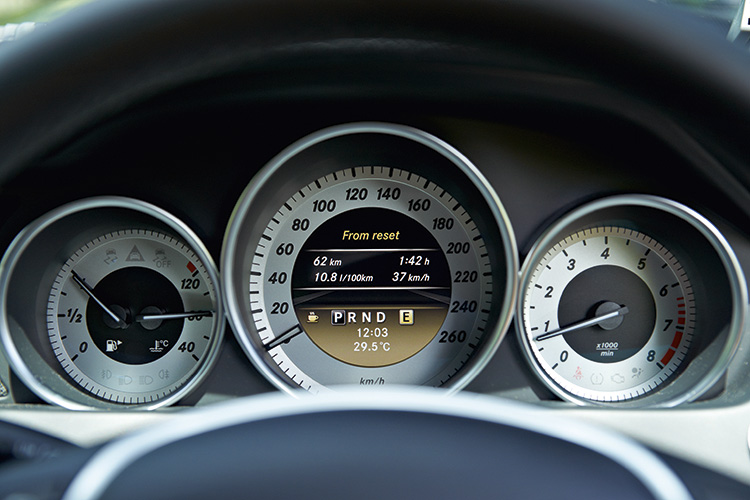 The easiest way to add a dash of C63 to an ordinary C-Class saloon is to upsize its alloy wheels, just like the owner of this example has. Funnily enough, its 19-inch rims are even larger than the standard 18-inch set worn by the C63, and the tyres are correspondingly lower in profile (35 series versus 40). Another irony in this case is the bid “63” registration number of the C180. (Guess “180” would have been too predictable.)

More interesting numbers are the bald figures under the hood and on the road. This is where the difference between C63 6.2 and C180 1.6 is most stark, especially with the AMG test car here sporting the optional $21k Performance Package. So, it’s 487bhp and 600Nm versus 156bhp and 230Nm. 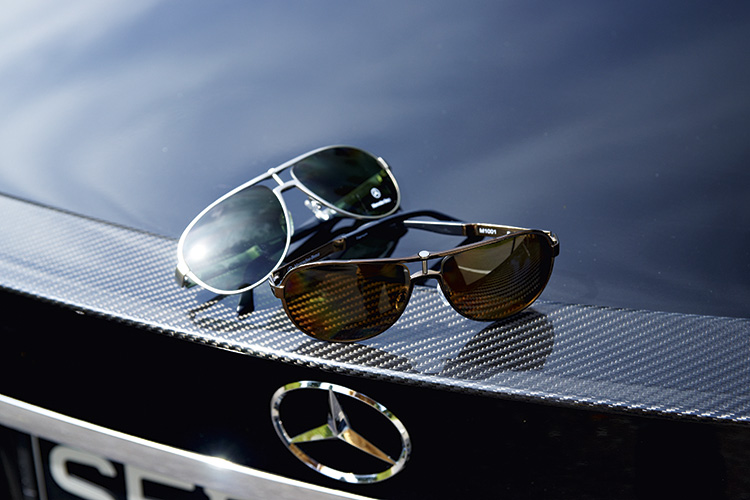 Titanium for the “correct” shades and carbon fibre for the subtle boot lip spoiler.

Put another way, the C63 has enough power to propel a C180 and a C350 simultaneously. In the nearly 10 seconds it takes for the C180 to reach 100km/h from a standstill, the C63 would have blasted beyond 160km/h already – and still accelerating as if there’s no tomorrow.

In the heart of town, however, the C63 won’t be going anywhere fast, and neither would the C180. Both Mercs will be equally slow when stuck in stupid thick traffic, and their drivers’ patience will be wearing thin at the same rate. The radios play the same boring stations, the two-zone Thermatic climate control systems maintain the same 22 deg C, and both drivers will be twiddling their thumbs endlessly. 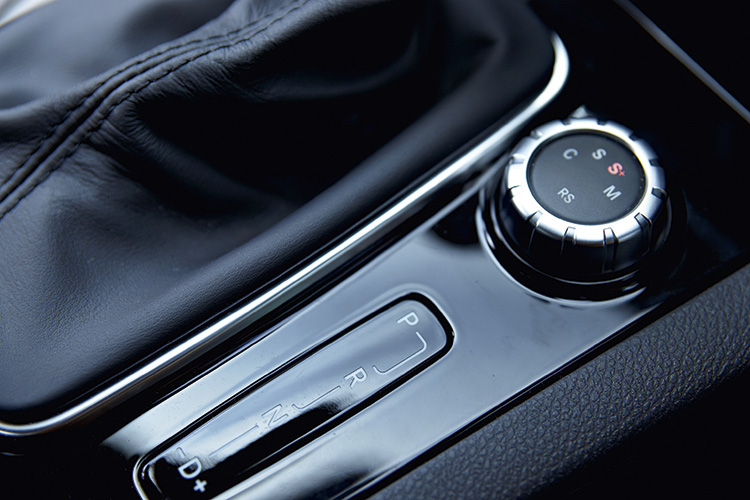 Of course, the pair of hands in the C63 would be grasping wunderbar Alcantara inserts on the steering wheel, the fingers tapping aluminium shift paddles of high tactile quality, and the bum resting on a terrific leather bucket seat with full electric adjustment, two separate lumbar support zones and even “blowable” bolsters for the torso area.

The C180 driver is in a discernibly less privileged position behind the wheel, but the cabin’s amenities, materials and space are otherwise excellent. Anyway, AMG decorations are always available for your C180 dashboard, including a flat-bottomed steering wheel and brushed-steel sports pedals like the C63. 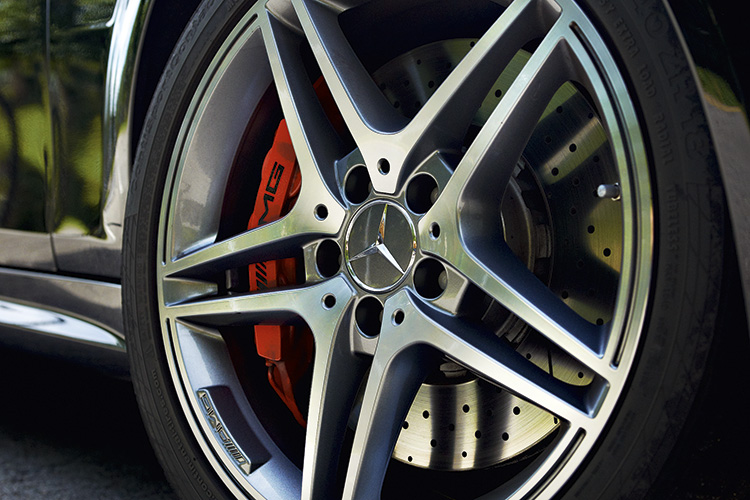 You’ll need powerful brakes to rein in an epic V8 engine with triple the power and 2.6 times the torque of the supercharged C180; “6.3” badging is a Mercedes misnomer.

Pressing that pedal on the right is an event in the craziest C-Class, and a non-event in the laziest. Just starting the C63 engine is eventful – it fires up in a short, loud explosion of V8 ignition that can cause a lunch crowd within 50 metres to drop their utensils in surprise (my sincere apologies to the eateries in Springleaf Garden that day). 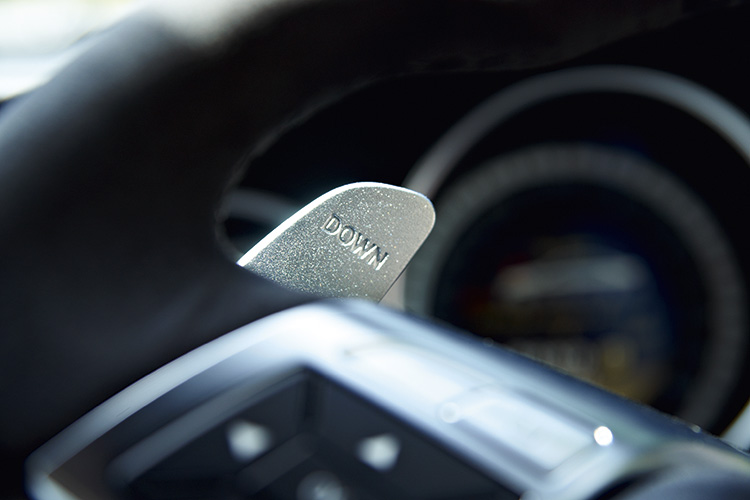 The C180, on the other hand, starts quietly. It goes off quietly, too, whereas the C63 rumbles as it rolls along, like some black beast woken from its sleep. The other ’bahn animal stays sleepy on the move, with gearchanges more relaxed than those executed (brutally when in S+ mode) by the C63’s Speedshift MCT, complete with glorious throttle blips on downshifts. Yet, this advanced 7-speed AMG gearbox is able to change gears as smoothly as a straightforward C180 transmission – just twist the dial to C for comfort. 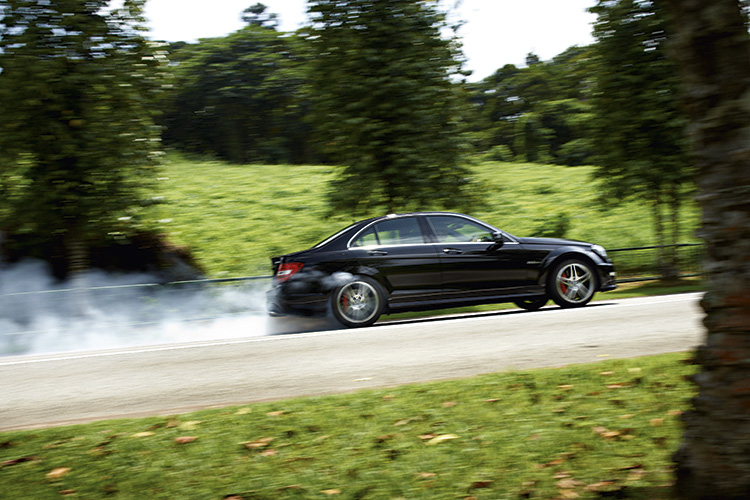 Ironically, the registration number of the C180 unit we borrowed for this story is 63.

Both C-Classes are comfortable cruisers, although the AMG-tweaked C63 suspension is appropriately firmer, and the ride feels stiffer. At, say, 80km/h on the highway, other than the busier boiler room and richer exhaust in the C63, it could pass off as a C180 in a no-nonsense tracksuit. 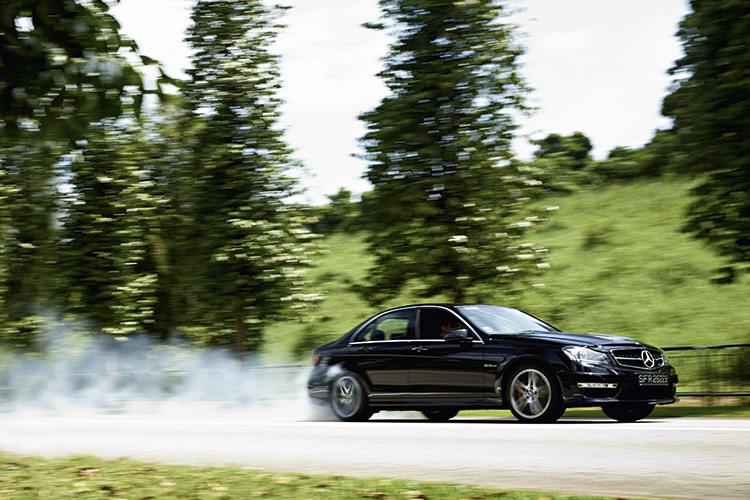 With so many German stallions galloping on its rear axle, the Mercedes-Benz C63 AMG can be a heavy recreational smoker – the C180 doesn’t touch “cigarettes”.

But once directional changes are called into play, the much sharper steering, superior body control and stronger brakes of the C63 ensure that nobody will ever mistake this automotive athlete for a modified C180. 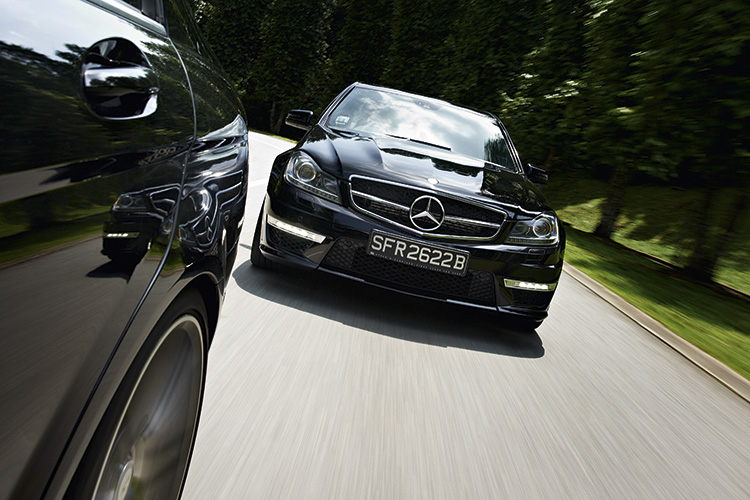 But the two dissimilar C-Class models are still similar enough for me to “mix up” the difference between chalk and cheese. 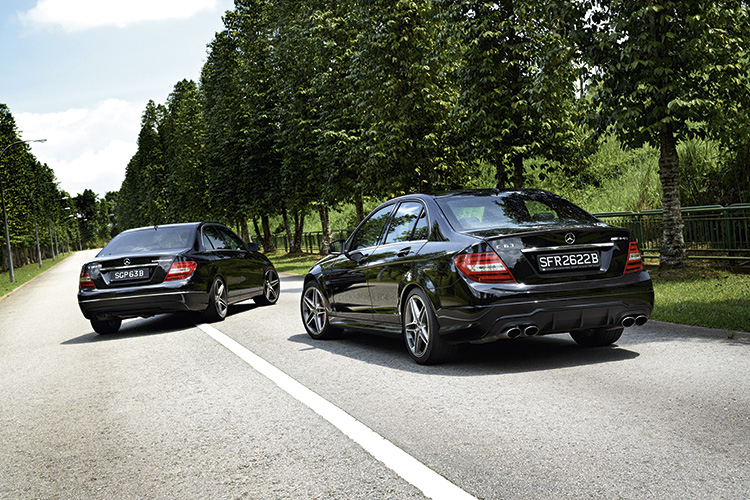 One is an efficient driving machine, the other is the vehicular equivalent of a blue film.