Pay to gain respect on the road? I'm in | Torque
Loading posts...
0 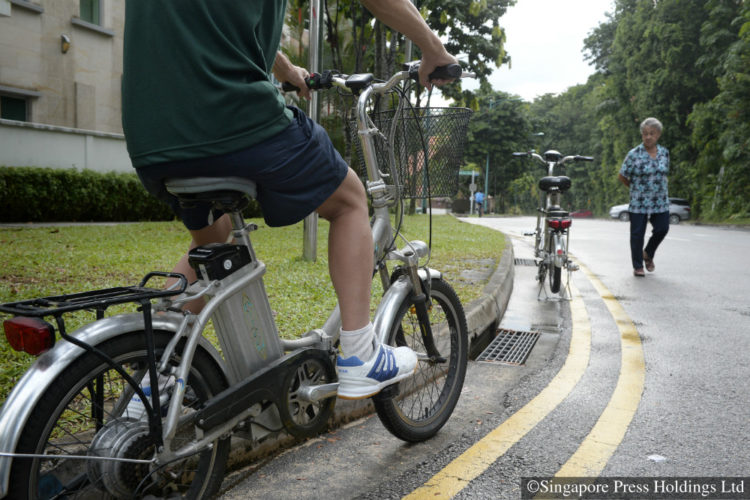 A rider on an e-bike, or power-assisted bicycle (PAB), with a throttle.

Every time I go out on my bicycle, I prepare for rain, a flat tyre and probable death.

I ride along Changi Coast Road, an avenue favoured by heavy vehicles driven by those who let nothing slow down their delivery of construction sand, least of all some middle-aged goon using ancient leg-powered transport just to annoy modern people.

I read with jealousy that soon, all e-bike riders will have to have their bikes registered, and will have to display registration plates.

As a cyclist, I too want registration and a nice set of plates. One reason is so that when they pry my machine from between the 14th and 16th wheels of a lorry, it will be a lot quicker to work out who I am (or used to be) compared with searching my corpse for a wallet, allowing the lorry driver to get on with his busy day, which is how I became one with his vehicle’s paintwork in the first place.

Another reason why registration would be a good idea for all cyclists is that it will help get me something I have trouble getting on the road: respect.

The last time I wrote about getting no respect as a cyclist, I received a polite but firm e-mail saying I should not expect anyone to take me seriously because I do not pay road taxes. This is true. I cannot deny that I have been shamelessly freeloading off generous motorists, like a huge lycra-wearing tick.

I don’t enjoy being a parasite. As the law stands, I am not asked to pay a tax. But if money is how I earn the right to not die, then where do I sign?

Bicycle registration is not new. When I was a kid, I owned a bicycle, purchased second-hand from my Primary 5 classmate Kevin for $40 after I had pestered my mum for weeks. It sported a jaunty white licence plate on the front mudguard, like a hat. It was the cleanest, most adult-looking thing on that heap, and I liked how it made me an official member of the road users’ club.

Well, that registration law went away and so now we have a class of road users who pay nothing, yet expect to be treated with the same consideration as taxpayers. To people like the writer of that e-mail, money buys road entitlement, and people like me have none.

In his view, one that I think is shared by a few, non-payers are like unwanted migrants: We come in uninvited to use up resources, so we should expect a grudging tolerance and that’s it; it is rude to ask for more.

No word yet on how much e-bike registration will cost, but it will happen soon. When that rule comes into force, e-bikes will cross a psychological barrier, from toy to mode of transport, from road nuisance to road native. And because they are registered, maybe they will earn more than the right to exist; e-bikers might even be treated like equals.

Yes, there is a slew of restrictions on how e-bikes can be used, but this is part of any technology’s life cycle. A device advanced enough to be useful is also pretty dangerous. Drones and lasers are already there, and now e-bikes are joining the club.

Running down the definitions, it’s clear that a sufficiently fit cyclist is just as powerful, and thus as dangerous, as the average e-biker.

A road cycling enthusiast on a flat stretch can easily outpace an e-biker’s 25km/h speed limit; I have clocked 45km/h going downhill (coasting; my weight, for once, an advantage). In spurts, a seasoned cyclist pushes into the cranks more power than an e-bike’s 250-watt limit.

It has been a while since I took my bike out, so I’m quite flabby, but it is nice to think that with some training, it’s possible for me to break the Transport Ministry’s restrictions on assisted power (“You’ll have to arrest me, officer – my calves are illegal modifications.”).

I can only hope that if registration works for e-bikes, reducing the harm they cause users and others, the road space – and mind space – they are given by other road users trickles down to us non-“e” people.

So I pedal on as unregistered scum. You will have to believe me when I say that if I could pay someone for the right to get home in one piece, I would. 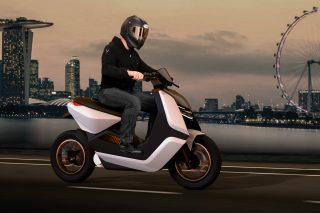 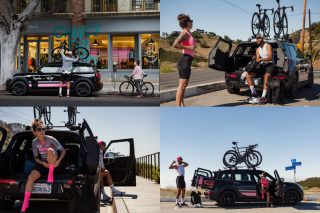 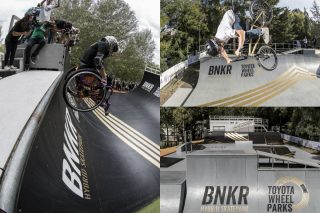