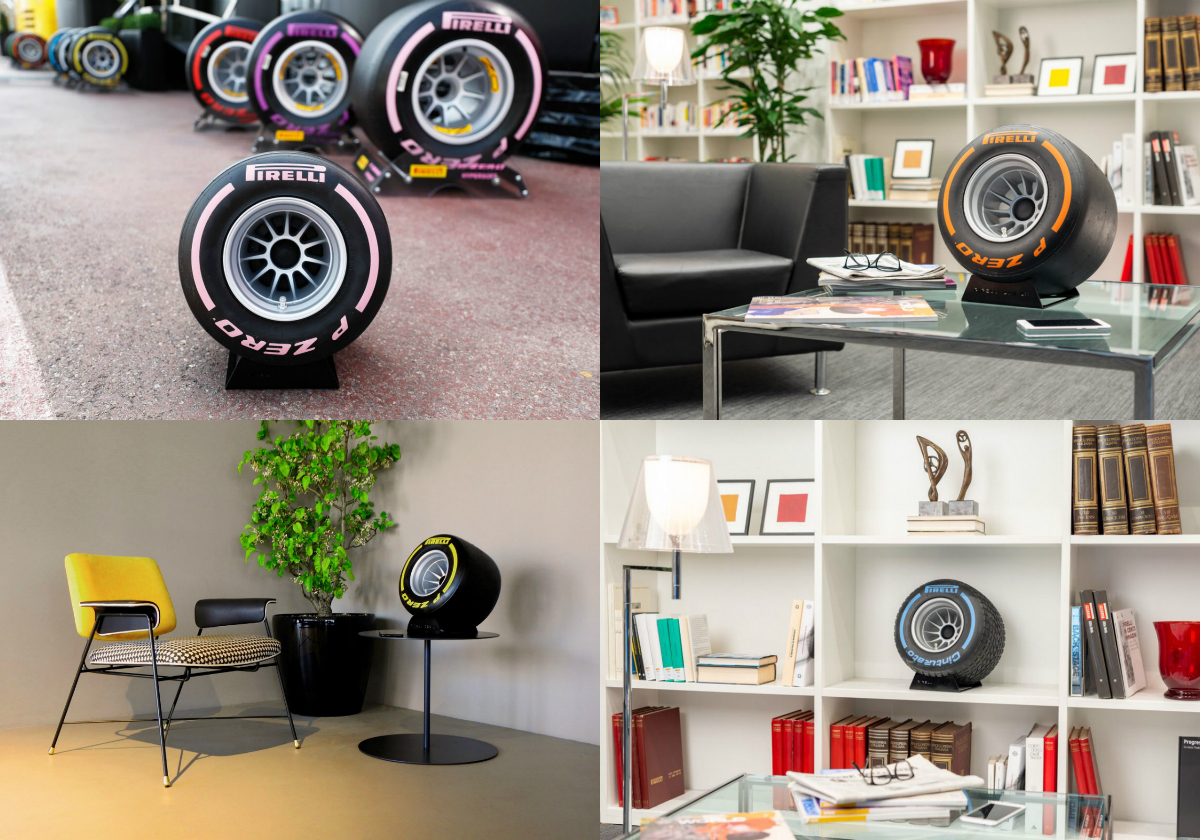 Pirelli has joined forces with IXOOST, an Italian firm from Modena that specialises in high-end car audio, to create an exclusive hi-fi system that includes a cutting-edge Bluetooth speaker within a replica Wind Tunnel Tyre.

Pirelli has joined forces with IXOOST, an Italian firm from Modena that specialises in high-end car audio, to create a new sound experience inspired by motorsport. The result is an exclusive hi-fi system that includes a cutting-edge Bluetooth speaker within a replica Wind Tunnel Tyre, made by Pirelli for Formula 1 teams to conduct aerodynamic testing.

The wind tunnel is a vital tool for Formula 1 teams to study every aspect of airflow, in their unending search for optimal performance, where the tyres play a vital role as well.

And from the scale-model F1 Wind Tunnel Tyre, Pirelli P Zero Sound by IXOOST was born. This is a mini tyre that sets new standards of design and technology, travelling its own road when it comes to music.

The acoustic system includes a powerful amplifier with a 100-watt digital signal processor and is equipped with a 100-millimetre midwoofer as well as a 25-millimetre silk tweeter. The whole system is made entirely in Italy by IXOOST, featuring hand-crafted unique touches and attention to detail.

With the most advanced 4.0 Bluetooth APTX technology, Pirelli P Zero Sound can connect wirelessly to smartphones and other compatible devices, enhancing the audio signal in wireless mode and ensuring the best possible playback.

Pirelli P Zero Sound by IXOOST is available in nine different colours that reflect those used to distinguish the different racing compounds. Thanks to its appealing shape and extremely compact dimensions (330mm diameter and maximum depth of 200mm), this inspiring design piece will fit in anywhere, lending a unique and original touch to its surroundings.

The new speaker was previewed at the Formula 1 Pirelli Grand Prix de France 2018. Pirelli P Zero sound by IXOOST will be seen in the F1 Pirelli Hot Laps garage during other Grands Prix this year.