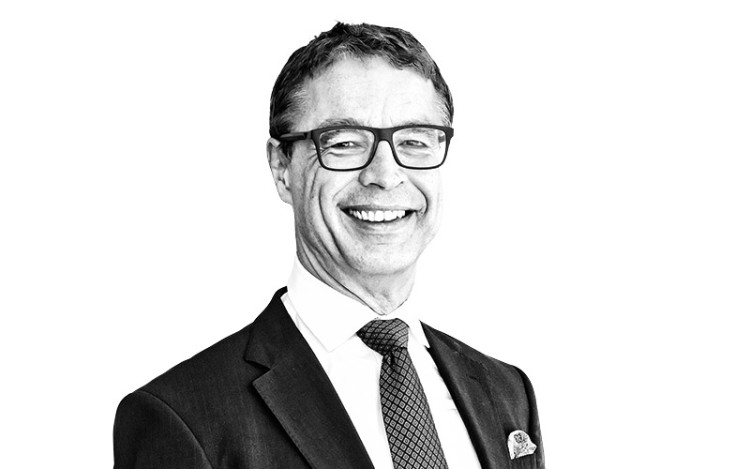 When we interviewed Ralf last year (Torque, February 2015), he pointed out that the car is no longer changing the world. Instead, the world is changing the car. He also mentioned that the digital world is one of the major fields of disruption and innovation within an automobile.

Thanks to smartphones, the world today is more connected than it ever was. German software giant Continental (the firm doesn’t just make tyres) has taken advantage of this by introducing a locally made app called Park&Go @SG, which shows motorists how many carpark spaces are available at their destination and guides them there.

We spoke to Ralf following the launch of the app, when he told us more about its inner workings and how he foresees its development.

Why was the Android version of the app developed first? Does the iOS version take longer?
It’s volume, actually. The majority of smartphone users are on the Android platform. The more users an app has, the more successful it is. That’s the logic behind this move. I prefer doing things one step at a time, rather than making a giant leap. If you work on two big things simultaneously, you risk not completing either.

Does the app utilise Google Maps?
We use Nokia HERE (now owned by an automotive consortium comprising Audi AG, BMW Group and Daimler AG). For the automotive industry, their maps are the highest quality.

How did you give the app predictive abilities?
We have three sources for our data – the LTA for traffic, the HDB for parking spaces, and third parties. For example, if there’s a special holiday falling on a weekend, carparks may be full then. But if the same holiday falls on a weekday the following year, we can program that in.

If weather reports predict heavy rain in two hours, we can factor that in, too. We have less than a year’s worth of data, but we will get stronger over time. The key thing is that we created the ecosystem first, which will let other parties come in.

Do you think that carpark operators might one day employ surge pricing to manage demand?
Yes, I could imagine that. If you expect heavy traffic on one side of town, you could create a special parking-rate promotion for carparks on the other side of town to help mitigate the traffic situation.

There are so many possible applications for this app that I won’t even break my head thinking about them. In time, they will come.

The app updates every two seconds. Does it consume much data?
It’s a minimal amount. Initially, we wanted high-res photos of the carparks so that people could identify them easily, but that used more data than required. Now, we use lower-res photos to keep data usage low. We had to strike the right balance – to offer as much information for the least amount of data consumed.

How do you keep user information private?
The back-end system doesn’t know who you are. Because data privacy is of utmost importance, our servers are in Singapore. That actually costs us more, but the additional security is worth it.

Can the app learn my travelling habits?
Not at the moment. But we want this to happen in the future. For example, if you frequent a particular shopping centre, you could receive ads for stores in that mall.

How does Continental earn money from this free app?
We leverage on our growing user database. For example, a big US fast-food company paid us to help it promote its restaurants to app users during lull periods.

Is there a function that you personally proposed but is still being developed?
That’s hard to determine because we’ve had so many discussions. But what’s important to me is that the app must be easy to use. The more complicated an app is, the less interest there will be in using it.

Roadside parking is something we’re working on. This is a challenge, but we’ll be unveiling our solution to this in April 2016.

Will this app eventually be integrated into cars?
Yes. But to do so, you need the population and the traffic. Get the data and make it stable. Listen to the consumer.

Can this app work with bicycles?
With electric bikes, yes, why not? It could cater to electric-car drivers, too.

Did Continental approach any other governments to do this project?
Yes, but in other countries, it’s more complicated. The city authorities are responsible for the city area, but in the suburbs, it might be under a different body. We were able to do this here because of the Smart Nation initiative. Singapore has an ability to make things happen.