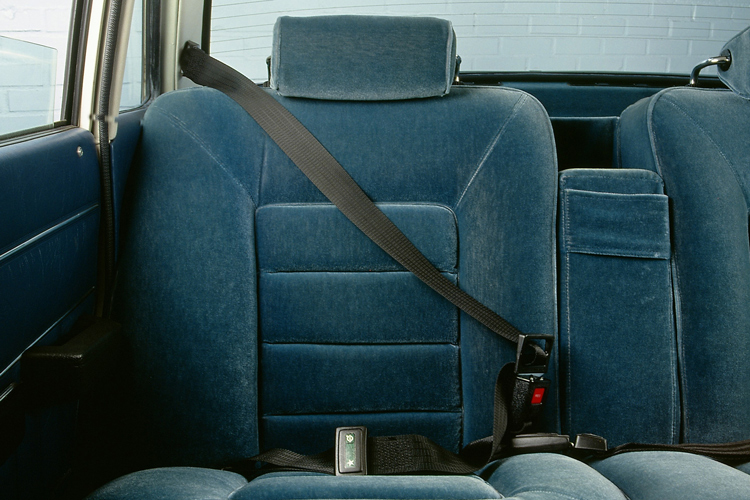 Rear seat belts are mandatory in cars produced after 1993.

In 1993, the Road Traffic Act made buckling up mandatory for any backseat passenger who was at least 1.5 metres tall.

Backseat passengers caught not wearing rear seat belts were slapped with a $120 fine. Meanwhile the vehicle’s driver would be fined the same amount and given three demerit points.

Despite having to face stiff penalties, however, many continued (and continue) to not wear rear seat belts.

The excuses given by these recalcitrant passengers ranged from “the belts are uncomfortable” to “the back seat is safer anyway”.

Others even proclaimed that their spouse was a “safe driver” and insisted that they would never be in an accident.

That dangerous attitude mirrors the initial opposition by motorists to front seat belts, which became compulsory in 1981.

Many, including driving instructors, argued that seat belts were dangerous. They claimed that they wouldn’t be able to escape the car in a serious accident if their hands were injured.

Although the rear seat belt law was intended to enhance safety, it was not all-encompassing.

EXEMPTIONS TO THE RULE

All new cars sold after January 1, 1993 must have rear seat belts. However, owners of older cars are not required to retrofit their vehicles with seat belts.

Also, if there are more people than seat belts in the car, unsecured passengers wouldn’t be penalised either. This is provided all the available belts were utilised.

Despite their life-saving potential, backseat passengers still do not buckle up.

Because of this, the Traffic Police responded with a stricter approach in 2002. In one week alone, they issued 587 warnings to passengers who did not have their seat belts on.

The Government stepped up its efforts to improve passenger safety seven years later, when they required all purpose-built MPVs (multi-purpose vehicles) to have seat belts in each of the rear seats.

Specifically, every outboard seat in each rear row must have a three-point belt, while the middle seats should be equipped with a lap belt, at the very least.

The authorities were dead serious about this new ruling, even if it came into effect on April 1st, 2009.

For backseat passengers who persist in risking their lives by not buckling up, this defiance could result in you being legally able to defy the rule.

Read why you should buckle up, even in the backseat.