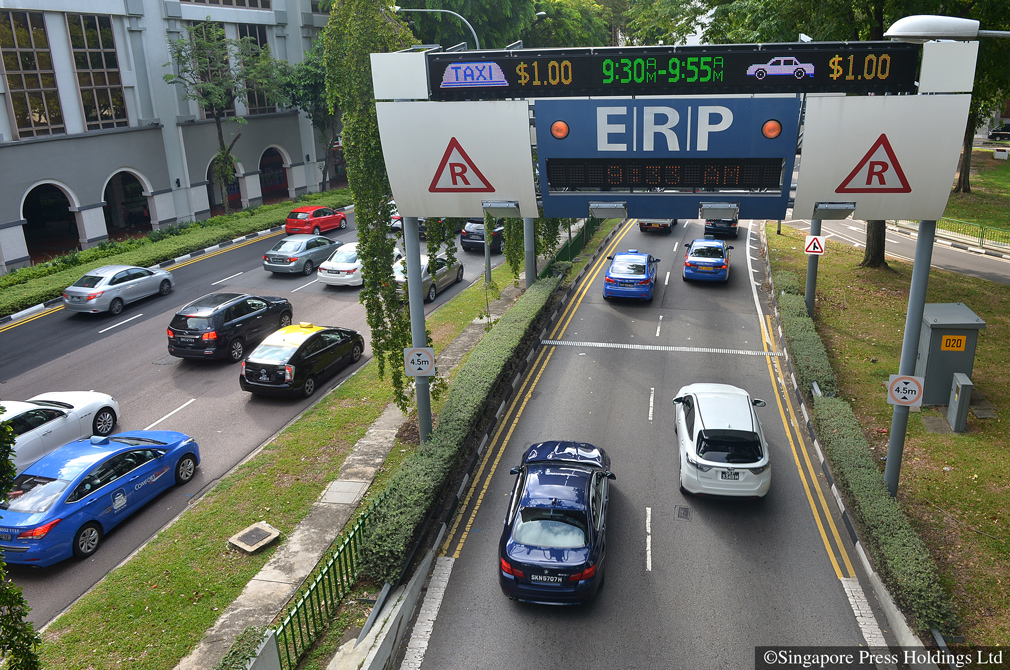 It will levy tolls based on distances driven, instead trying to limit the volume of vehicles entering an area through the current cordon-based scheme.

This is a fairer way of charging motorists. Even the most disgruntled and jaded of car owners would have to begrudgingly agree with this point.

However, following yesterday’s announcements regarding the delay in the system’s implementation and the new OBUs (On-Board Units), motorists have even more burning questions than before.

WHY IS THE NEW ON-BOARD UNIT SO BULKY?

The new OBUs will be able to perform more functions, such as deliver real-time road traffic updates and information on ERP charging locations. This is good.

But having such a big display on the windscreen is both distracting and dangerous, because it can block the driver’s line-of-sight.

Other questions that have arisen include: Were motorists even consulted about this new OBU? Are the new functions/features not deemed to be distractions? And does satellite-based ERP really require three separate components for automobiles?

One can only imagine what a big distraction the OBU will be, with drivers looking through ERP charging locations and real-time traffic updates as they’re driving.

It is possible that this could lead to more accidents unless the functions are disabled while the car is in motion. 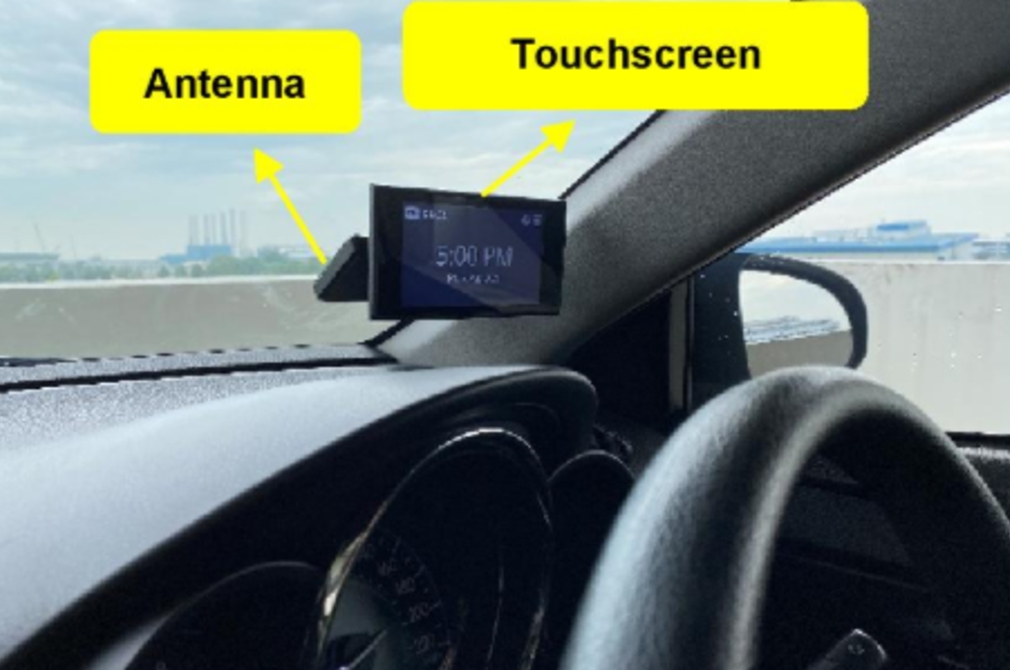 HOW LONG WILL THE OBU INSTALLATION TAKE?

With three components to install in each vehicle, how long will each car owner have to wait?

Assuming that installation can only be done by LTA-approved companies, will there be enough sites for motorists? Especially since LTA foresees the installation exercise taking place over 18 months.

According to LTA statistics, there were 973,101 motor vehicles in Singapore in 2019.

Assuming that the figure is identical when the installation exercise begins, we have around 547 days to finish outfitting every car, bus, motorcycle and lorry with the new OBU.

On average, that means 1,778 motor vehicles a day must have the OBU installed if the 18-month timeline is to be followed.

WHY ISN’T THE SWITCH TO SATELLITE-BASED ERP HAPPENING SOONER?

LTA says that it will switch over to the next-generation ERP system in mid-2023.

However, it also added that the existing cordon-based and point-based congestion pricing framework will remain as part of a transition period.

This is confusing. Didn’t LTA state that the current ERP system is “reaching the end of its operational life”? 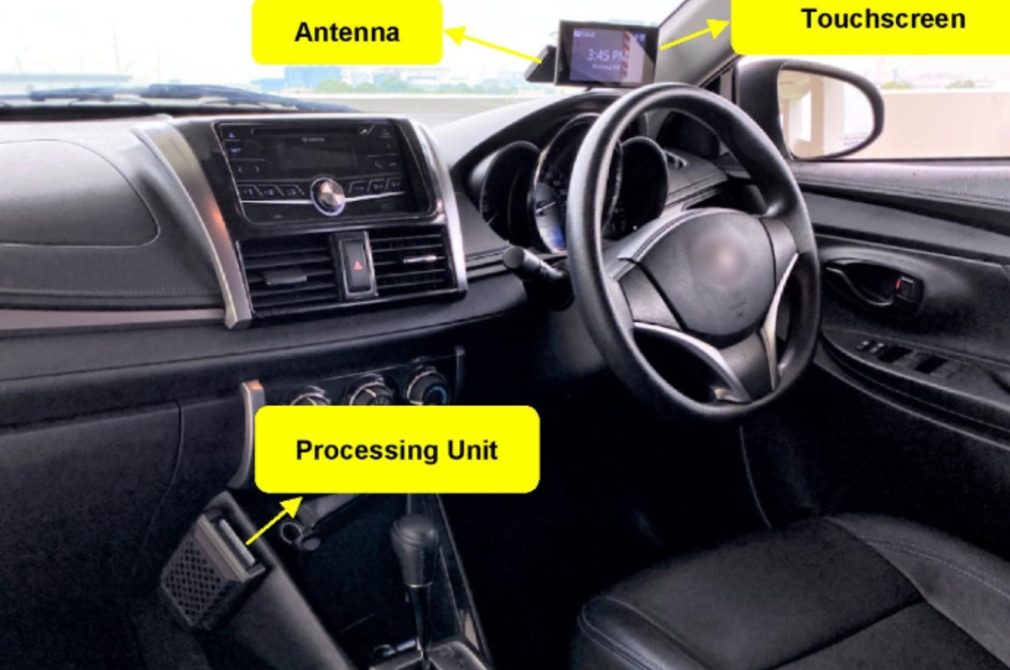 Satellite-based ERP will not arrive till 2023, but cars will be fitted with a three-piece On-Board Unit from the second half of 2021 onwards. (Photo: LTA)

WILL THE COE AND ROAD TAX SCHEMES BE MODIFIED?

The aim of moving to a distance-based charging scheme isn’t just to make things more equitable than before.

It is hoped that this will also enable authorities to shift to usage-based charging.

After all, congestion is not caused by people owning cars. It is caused by having too many cars on the road at the same time. Proof of this was seen during the Circuit Breaker. With nearly everyone working from home, our roads were deserted.

With satellite-based ERP and distance-based charging, will we have lower taxes? Will the barrier to car ownership be lower?

Or, given our country’s car-lite goals, will distance-based charging supplement the existing hurdles, thereby becoming just another deterrent to car ownership?

BUT IF TAXES ARE LOWERED, WILL USAGE FEES RISE?

This is another question motorists are pondering. If the barriers to car ownership are lowered, will distance-based charging be used to discourage their usage?

And if this is the goal, will the cost per km be prohibitive enough to make owners think twice before driving?

LTA stated that ERP will be levied according to the distance travelled on congested roads.

But how will congested and uncongested roads be differentiated? By the average speed clocked by motor vehicles on them? Or by the number of vehicles per kilometre of road?

Also, if several areas are congested, motorists may simply choose to drive to less-congested areas. This already happens when drivers avoid malls that are known to be crowded and have limited parking spaces.

But if this behaviour causes traffic to start building up elsewhere, what then?

HOW WILL DIFFERENT USERS BE CHARGED?

If distance-based charging is applied equally across the board, frequent road users, such as taxi drivers, private-hire drivers and deliverymen will suffer the most.

What about driverless cars? Obviously, the companies that own them will be liable for any ERP charges incurred. Will this stop them from operating fleets?

It is reasonable to expect then, that LTA will have a different charging scheme for different groups of users.

What scheme will it be, and when will more details be released? 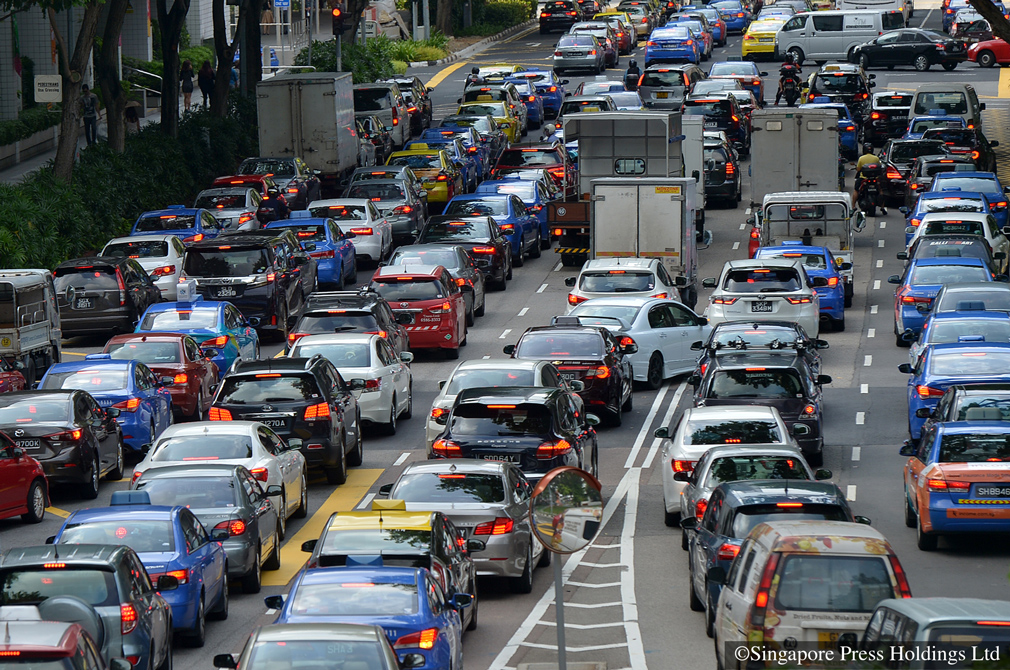 The aim of satellite-based ERP is to reduce traffic by charging motorists for driving on congested roads.

In a previous article, I argued that distance-based charging wouldn’t really reduce congestion.

Firstly, if motorists were going to be charged per kilometre driven, everyone would find the shortest route to their destination. If you have enough vehicles heading towards the same place using the same stretches of roads, what do you think will happen?

Secondly, without physical gantries and the accompanying “beep” we hear when ERP is levied, we will continue to drive as much as we used to.

However, the second argument also assumes that ERP payments will eventually be deducted monthly through GIRO. Or, drivers can choose to pay for ERP using their preferred credit cards to earn miles and points.

WHEN WILL WE START GETTING ANSWERS?

So far, the news about satellite-based ERP and the OBUs is being delivered in broad strokes.

That’s fine for a start, but without details – especially with regard to policy changes – we have very incomplete picture of what’s to come.

Now that will go a long way towards a smoother drive for all motorists.