ERP rates up at selected gantries on the CTE | Torque
Loading posts... 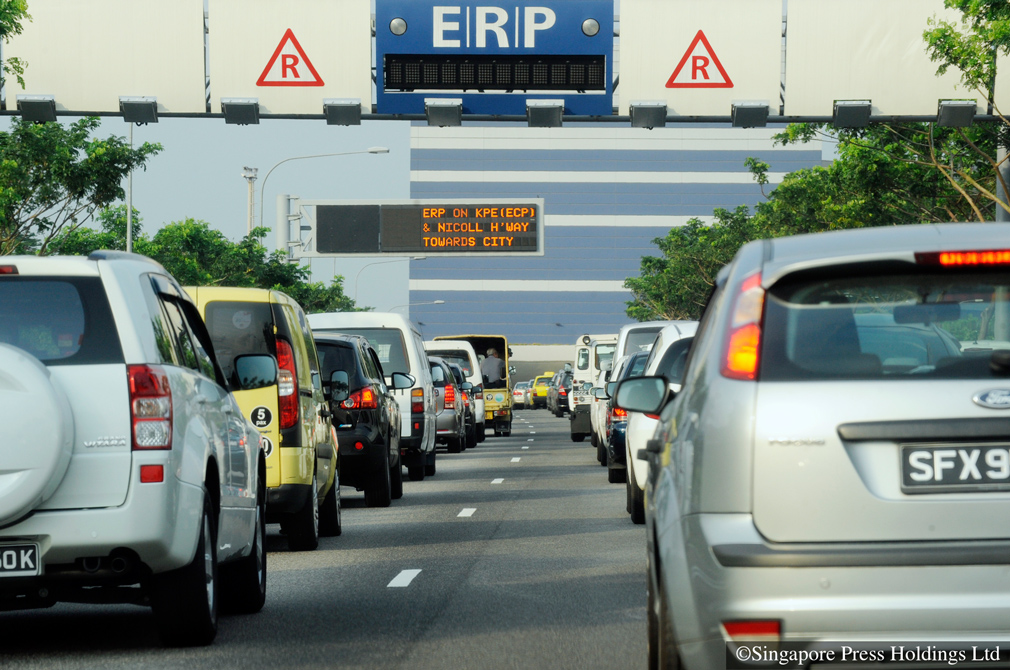 ERP gantry on Tampines Road towards the Kallang-Paya Lebar Expressway.

Based on LTA’s monitoring of traffic conditions from early to mid August 2020, traffic speeds have remained optimal on all arterial roads and most expressways, except for some time periods on the Central Expressway (CTE).

As more people travel to and from their workplaces, traffic volume has continued to build up during weekday peak hours.

This has led to localised congestion at specific locations along the CTE during the morning and evening peak periods.

To manage congestion during peak periods, ERP rates will be increased by $1.00 with effect from 31 August 2020 at the following gantries:

As announced earlier, ERP rates will be reviewed once every five weeks. The outcome of the next ERP rate review will be announced in the last week of September 2020, and the appropriate ERP rates will take effect from 5 October 2020.

ERP 2.0 or satellite-based ERP won’t be implemented this year