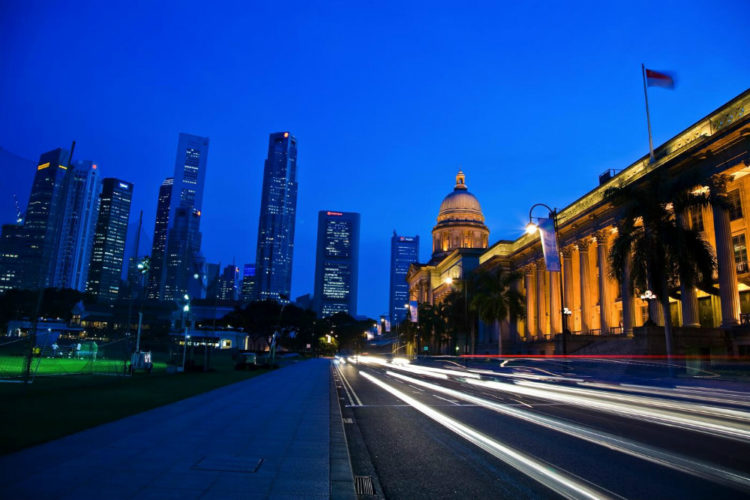 Even though interest is falling and the economy is slowing, experts believe Singapore should continue hosting the Formula One race beyond its 10th edition, as long as it gets bang for the buck.

And while the race is unique in being the only full night race, organisers need to move beyond that selling point to freshen the event.

Negotiations between Singapore GP and Formula One Management to host the event from 2018 onwards are under way, but were given a surprise twist this week when F1 supremo Bernie Ecclestone suggested Singapore could be leaving the race stable, before backtracking.

The climate has changed from 2012, when the latest deal was inked. The global economy has slowed, and this has led to a drop in average daily attendance at the Singapore race – from 87,000 last year to 73,000 this year.

Global TV viewership of the sport has fallen from 600 million in 2008 to 400 million last year. Malaysia, which has hosted an F1 race annually since 1999, has decided not to renew its deal beyond 2018 as it is not recouping the costs.

To continue making such an investment, Mr Ashoke Sengupta, managing director (Asia and the Middle East) of global sports marketing and entertainment agency Lagardere Sports, said Singapore must continue getting bang for its buck. “If Singapore is to continue hosting the night race, the event needs to be financially viable and underpinned by a long-term vision.” 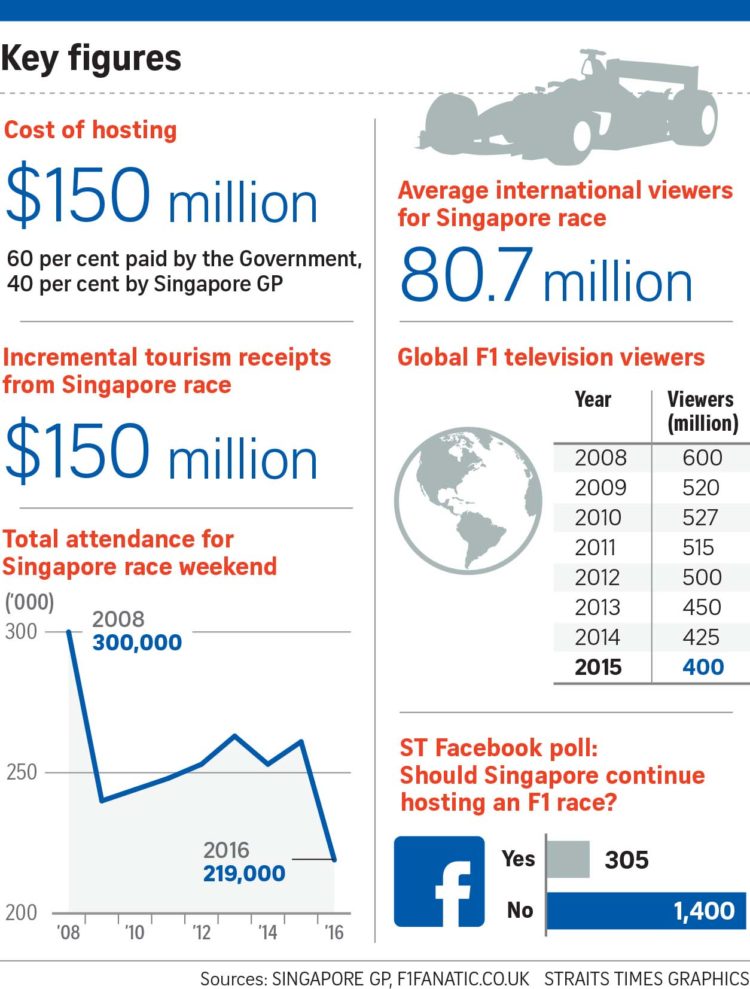 There is also uncertainty over F1’s new American owner Liberty Media’s plans to rejuvenate the sport. A pivot away from Asia could be on the cards, with talk of a Las Vegas night race gathering pace.

Still, experts point out that F1 has brought in, for every race, $150 million in incremental tourism receipts, which are over and above the typical tourism spending on a non-race weekend.

There is also hardly a better worldwide advertisement for the country than having the Marina Bay skyline beamed on TV screens in over 200 territories, said experts. Viewership for the Singapore race has also gone against declining numbers, staying at about 80.7 million.

The formula may have become staid, but some experts believe Singapore can do a reboot to regenerate interest – including by showcasing F1 alongside the country’s own technological push into areas such as electric vehicles.

Said Mr Kuboshima Yuki, managing partner for clients and industries, Deloitte Asia Pacific: “I believe Singapore is in a great position to utilise F1 events to showcase changes in the automotive industry… This will not only bring excitement but (also) push the Singapore brand to the next level.”

Pulling the plug on the race should be a last resort. Said Adjunct Associate Professor Lynda Wee from Nanyang Technological University’s Nanyang Business School: “It helps that we already have a working relationship with F1, and ultimately it will help if both sides can reach terms that help them reach their objectives.”

But if Singapore does lose the race, the experience it has earned can help it secure other high-profile replacements. She said: “If talks don’t work out, we can approach other global events with confidence knowing we have 10 years of experience under our belt.”