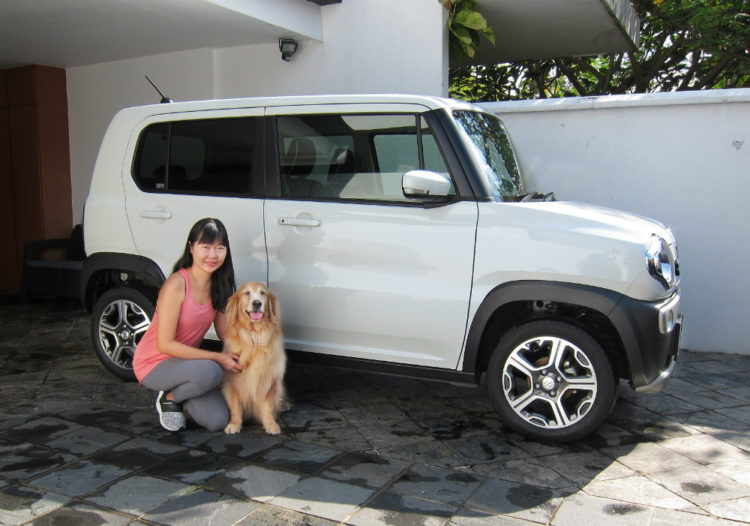 Most people shopping for a new car would want one that is affordable, spacious, practical and efficient.

Poh Su Lin, however, wants her ride to be kawaii (Japanese for cute) too.

The 54-year-old, who is married with a 27-year-old daughter, drives a Suzuki Hustler.

The dog behaviourist and trainer came across the car while searching for a replacement for her Mitsubishi i when its COE was due to expire.

For her, the only cars that fulfil the kawaii requirement are kei cars. Hugely popular in Japan, these cars belong to the country’s smallest category of passenger vehicles and are known for their cute (and sometimes offbeat) designs.

(For an automobile to qualify as a kei car in Japan, its engine capacity must be no larger than 660cc and produce no more than 64PS or 63bhp. A kei car’s length, width and height also cannot exceed 3.4m, 1.48m and 2m respectively.)

Not surprisingly, the Suzuki Hustler, which Su acquired in March this year, is her fourth kei car.

Before the Mitsubishi i, she owned a Suzuki Fronte hatchback and a Suzuki Every van.

Though she thought about renewing her Mitsubishi’s COE, she ultimately decided against it as the car was showing its age and she was worried about the availability of spare parts.

After scrapping the car, she considered a Honda N-Box, but the ones she saw were all priced above her budget.

After that, she even came close to buying a Mitsubishi Attrage, an entry-level compact saloon, because she found it “easy to drive”.

But in the end, it was the Suzuki Hustler’s kawaii factor that won her over.

“I was grinning from ear to ear throughout the whole test drive. I couldn’t stop smiling even after I got out of the car.” 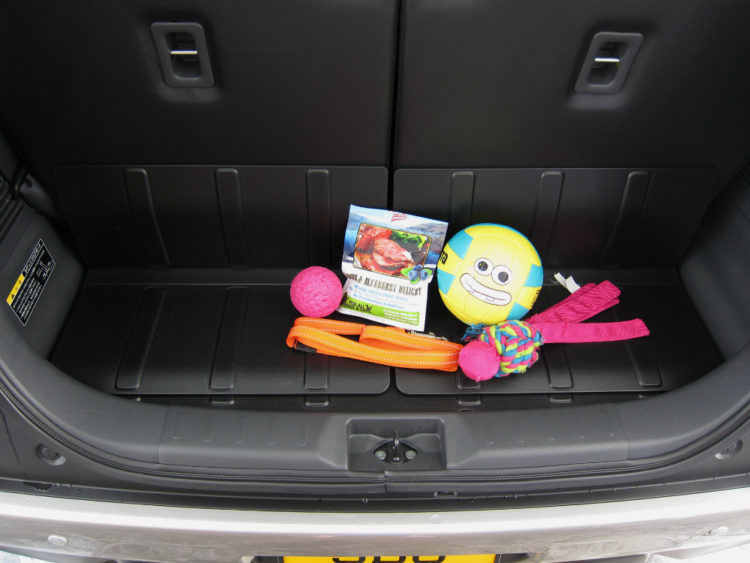 What’s in the boot? Dog treats, toys and a leash.

Helping to seal the deal was the five-year/100,000km warranty and five-year scheduled maintenance programme that the parallel importer gave her at no extra charge.

Su says the Hustler is a perfect fit for her job as a dog trainer.

“I love how the seats fold and slide in various ways, thus allowing me to configure the interior to suit my pooch-ferrying needs.”

She also appreciates the car’s relatively low floor, which lets dogs enter and exit the car with ease. “This is very important as some of the dogs I ferry are senior citizens.”

So do her furry friends like the Hustler more than her previous cars?

“My dogs are happy to go anywhere, so the car is not important. That said, I believe the large windows make it easier for them to take in the view, so I am sure they enjoy that.

“And I think the flat floor makes it more comfortable for them to lie down.”

The large windows are a boon to her as well. She says that overall visibility from the driver’s seat is “amazing” and makes the tiny hatchback even easier to manoeuvre.

This is also the first kei car she has owned that has a lane departure warning safety feature, which alerts the driver if he fails to indicate and the vehicle begins drifting into another lane.

Su says it can easily average 20km per litre of petrol, which is twice as fuel-efficient as her old Mitsubishi i.

Asked if there is anything she does not like about the Hustler, she says she sometimes wishes that she has the turbocharged variant, which is more powerful than her naturally aspirated model.

But whether her next car is turbocharged or not, it will still be another kei car.

“They make great sense for highly urbanised Singapore. In fact, an electric kei car would be fabulous,” she says. 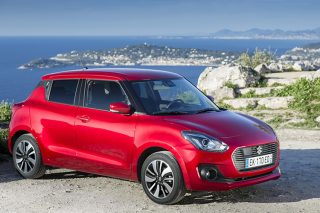 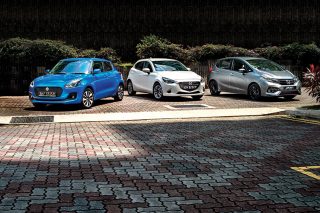