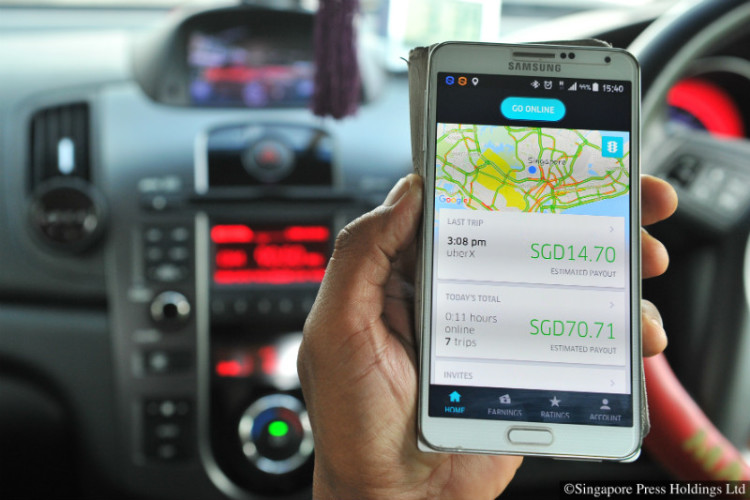 It has been four years since private-hire operators Uber and Grab landed here, but there are still many unknowables about the two high-profile and yet secretive organisations, the people who drive for them and even their customers.

1) How is something that is bleeding so much still alive? Since Uber started in 2011 and Grab in 2012, both companies have been burning money like it is going out of fashion.

Technology media company Tech In Asia, citing numbers from Grab, said the company incurred losses of nearly US$40 million (S$55.3 million) in 2014 and 2015 in Singapore alone. For the first quarter this year, Uber declared that it lost US$708 million.

All in all, Uber and Grab’s losses would have amounted to billions and hundreds of millions, respectively since day one – with a turnaround nowhere in sight.

Yet, investors are still falling over themselves pouring more money into the two companies.

2) Uber and Grab profess to be tech companies providing a matching service between drivers and commuters. Sounds good, since literally more than a billion people the world over need a taxi (possibly all at the same time), but supposedly can never get one.

But in Singapore at least, both companies are behaving more and more like traditional taxi operators. Uber’s fully-owned Lion City Rentals has an estimated fleet of 15,000 cars, while Grab is in talks to buy over SMRT’s taxi fleet.

If their original asset-light business models were so sound, why are they building up an asset-heavy structure – just like the very taxi companies they are competing against?

3) And if they are building up an asset-heavy model (and will soon face the risks and costs associated with such a model), why are investors still so enchanted by them? Shouldn’t these investors be putting money into established industry players – players with actual profits and track records?

4) Who are these investors? We know they are the sort who do not care about having zero returns for six years, but who are they?

5) A car is private transport, which means you don’t have to share with the public. Otherwise, it’s called public transport. So, why are tens of thousands in Singapore allowing strangers into their cars?

Well, many are deemed to be folks who cannot afford a car otherwise. The Uber and Grab avenue bypasses hefty downpayments. And the rides supposedly cover the monthly instalments.

Is the same thing happening to homes with home-sharing business Airbnb? Say, you can’t really afford this house, but if you let hundreds of strangers sleep on your bed and use your bathroom, maybe you can. Clearly, this works for some.

Likewise, if you give a lift to colleagues who live near you, that’s also sharing.

What’s happening in the case of Uber, Grab, Airbnb and the rest of it is peer-to-peer rental. It’s a commercial transaction – no different from a transaction between taxi driver and commuter.

So why are there one set of rules for Uber and gang and another set for the rest of the world?

7) When is a carpool not a carpool? For one thing, when it is called Ryde, GrabShare, GrabHitch or UberPool.

The Land Transport Authority states clearly that motorists who offer carpooling services can make only two such trips a day and that they can accept only token compensation.

“The amount or the value of any benefit in kind that the person collects from the passenger as payment does not exceed the cost and expenses incurred for the carriage of the passenger,” the statute reads.

And if there is more than one passenger in the car, the total payment must not exceed the expenses incurred for the trip, such as the cost of fuel or electronic road-pricing charges.

As far as we know, GrabHitch, GrabShare, UberPool and Ryde do not abide by these rules.

8) Why are commuters so in love with these private-hire services?

Because they could never get a cab? Statistically, the chances of getting a taxi in Singapore by phone booking are close to 100 percent if you book with bigger operators. Chances are, of course, slimmer if it is raining, but that is to be expected.

But perhaps it all boils down to dollars and cents. We’re Singaporeans after all. Uber and Grab fares are at times lower than regular cab fares. This is largely a function of subsidies and which is why these firms have not been profitable. The subsidies will have to end at some point.

9) When it rains or there is a train breakdown, the private-hire operators use surge pricing to manage demand.

Surge pricing jacks up fares when demand is high, so only the “highest bidders” – those who are willing and able to pay the escalated prices – get the ride. It is in practice fare auctioning, which until very recently, was not allowed in Singapore.

It is different from surcharges applied by cab companies, which are spelt out and therefore transparent.

10) When was the last time a taxi company cancelled on you after you booked a ride? It is practically unheard of.

But according to feedback, it is a different story with private-hire operators. So why are commuters willing to put up with such unpredictability from these newcomers?

Freebies, that’s why. Free rides and discounts are dished out regularly. But know this – these are financed in part by the folks who pay surge pricing and largely by investors who believe they know something the rest of us don’t.

Enjoy them while they last.