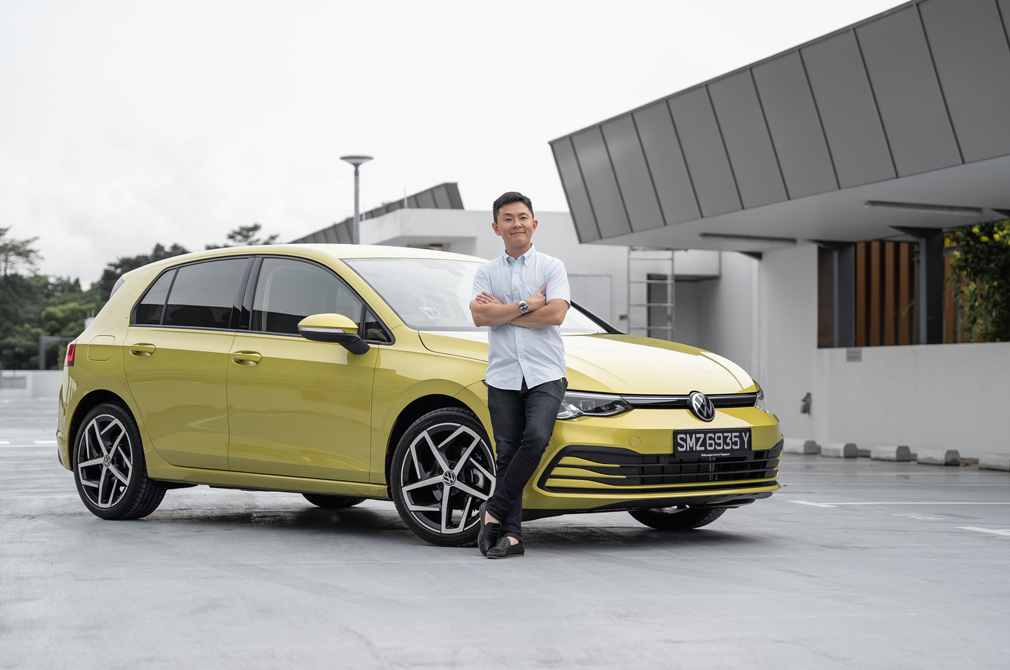 Golf is good enough, according to Julian.

Family man Julian prefers the Volkswagen Golf because it is a family-friendly car that will not cost an arm and a leg to maintain.

Of course I want to have a Volkswagen Golf GTI. Why wouldn’t I?

It’s the epitome of a proper hatchback that, boyracers and fathers who are losing their minds, want. It’s mighty quick, looks good, handles well and rides comfortably! Perhaps that’s why the car is such an icon and a cult car even after so many decades.

With the ongoing pandemic, do you have any idea what such an amount can do for you? And no, this isn’t about having money to bail you out after you’ve been filmed multiple times not wearing your mask.

It’s also not about asking someone for their “badge of authority” at a shopping mall just because you served as an officer in a uniform group and managed to snag yourself a postgraduate diploma in law some 20 years ago. 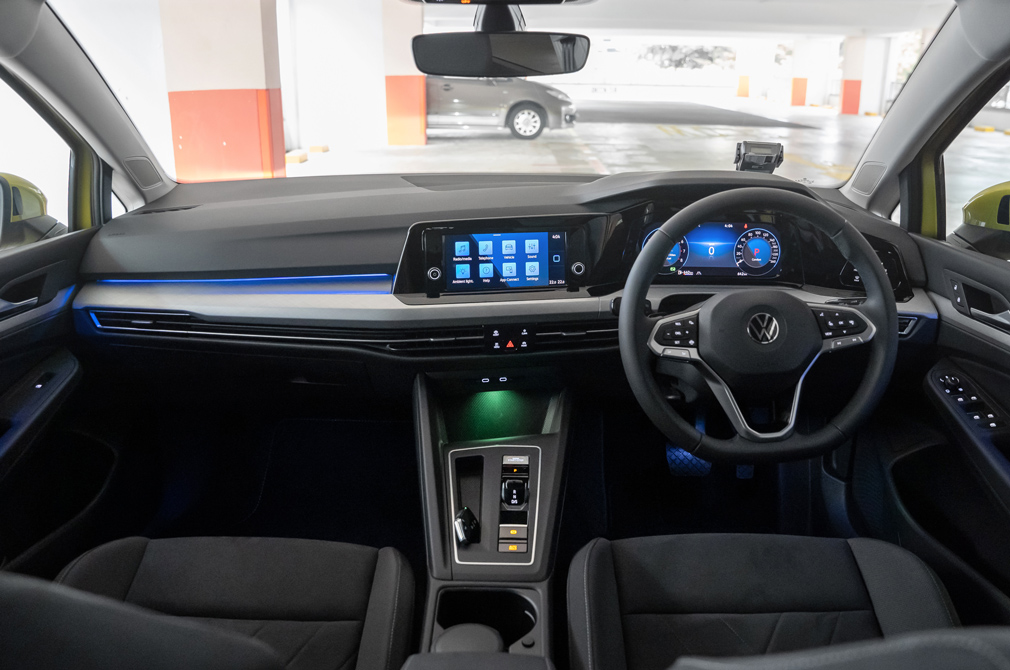 The Golf and Golf GTI have similar cockpits and features.

With that money, I could secure a down-payment for a house. Or better yet, spoil my kids silly with go-knows-how-many overrated indoor and outdoor parks, good food and snacks.

Then again, even if I had that kind of money lying around in my bank account, not only would I be wearing a mask and not making a fool of myself, I would also get the all-new Volkswagen Golf.

Of course, I love cars and I completely adore my own, but I’m also a pragmatist and particular when it comes down to “dollars and sense”.

The Golf GTI may have over 240bhp, which is all fine and dandy, but the regular Golf’s 148bhp is more than sufficient for me to get from point to point without any drama and fuss.

And speaking of drama and fuss, I’m sure the difference in fuel economy between the regular Golf (with its 48V mild-hybrid engine) and the Golf GTI is enough to make me put on my mask. 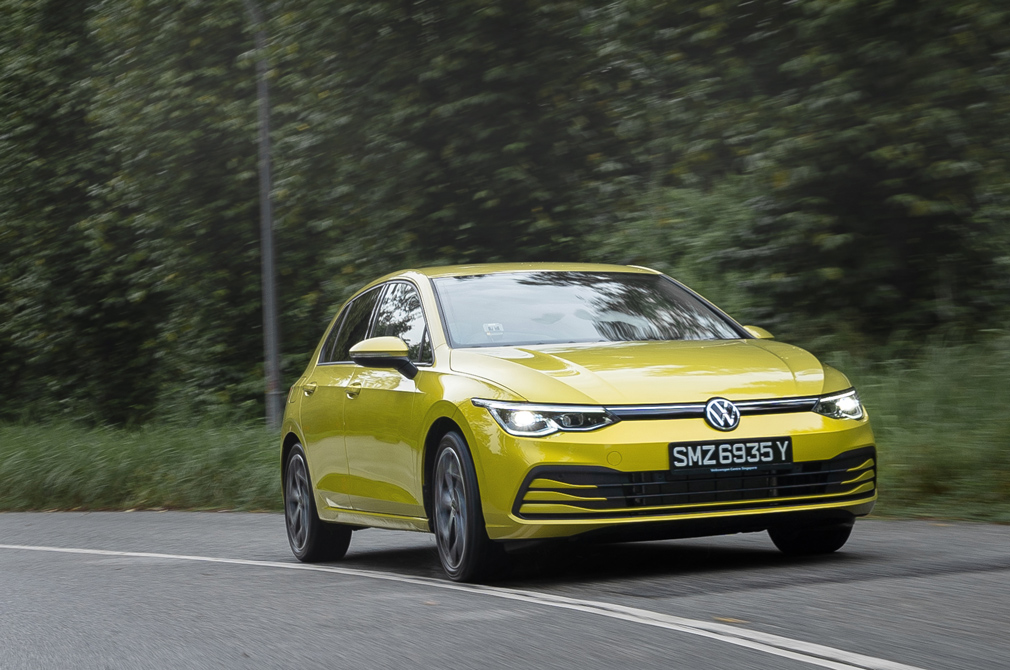 I would need it so that the smirk on my face – from the dollars saved – wouldn’t be so obvious.

By now, if you’re already on my side about the regular Golf and wearing a mask (and not embarrassing yourself about challenging citizens without badges), then things are going to get even better.

The Golf 8 is about as spacious and tech-laden as the GTI. Since both the cars are based on the MQB platform, they are both pretty much similar, barring the engine.

Of course, the steering wheel, the wheels, the colours and even the exhaust note are also different, but you’ll get the same car shape, car brand, buttons, controls, knobs, and even space.

To me, that’s good enough. You’re in Singapore. If difference is what you’re after, get a Toyota Century. If not, put on a mask like everyone else. 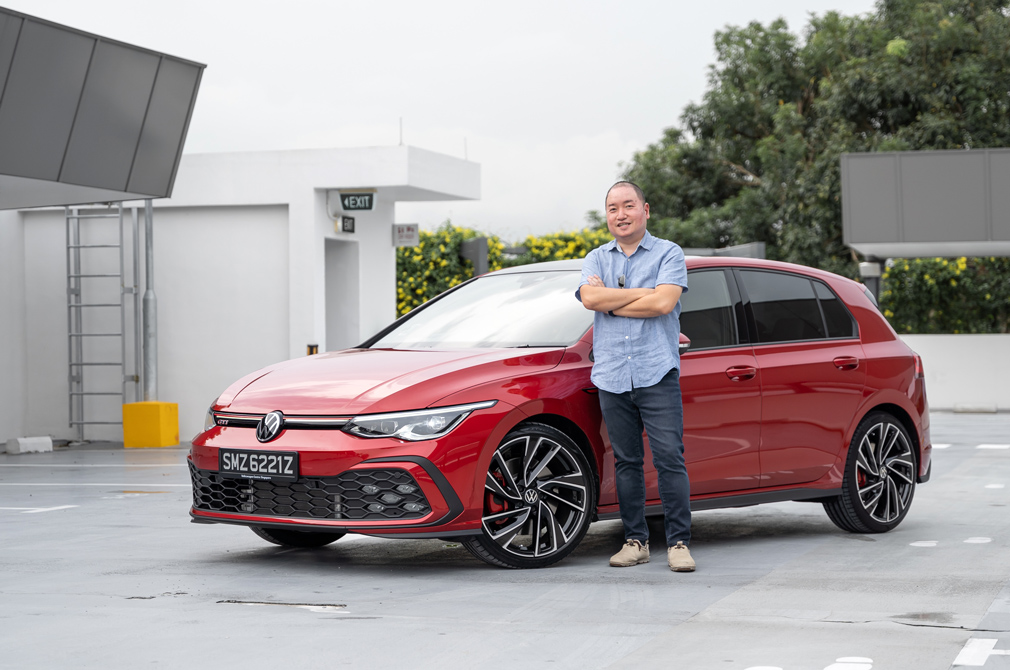 The Golf may be good enough for Julian, but Jeremy wants the GTI, which is great.

The Golf and Golf GTI may look similar, mostly have the same equipment and offer the practicality of a five-door hatchback, but that is where their similarities end.

Yes, the Golf GTI can also get you from one point to another. But how it goes about it – now that is the point here.

The Golf does it without fuss or drama, but I want my drive to be dramatic. There should be anticipation as I walk to the carpark and as I eagerly await the moment I can fire up the engine and drive off.

I love hearing the deeper and rortier exhaust notes. But more importantly, I am more compelled by how the car handles. With stiffer damping, quicker steering and stronger brakes, the Golf GTI can be tremendous fun to drive. 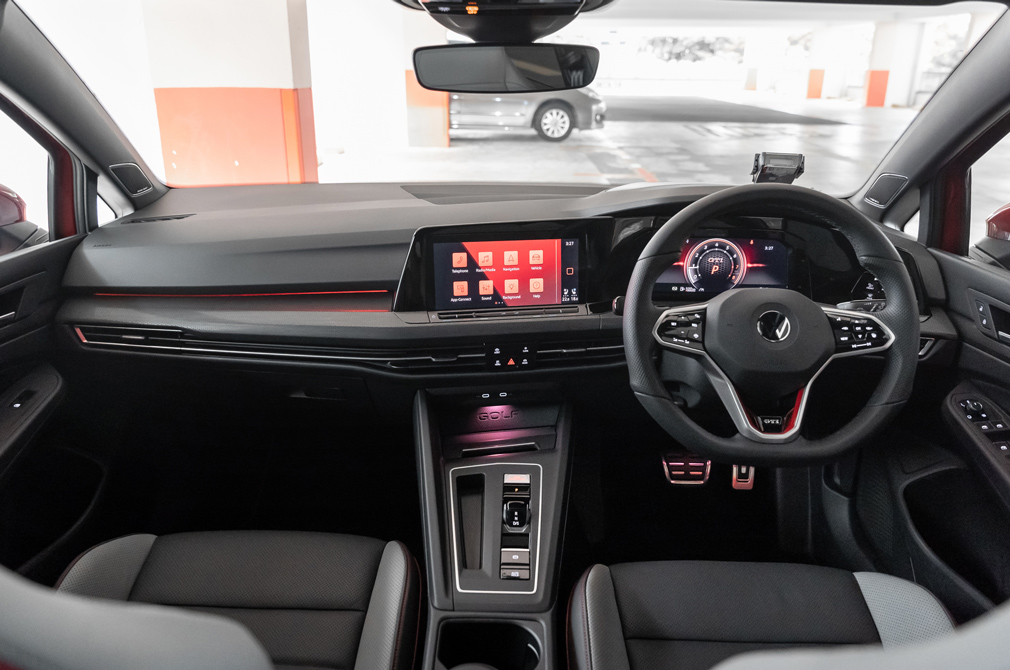 The Golf GTI’s cockpit layout may be similar to the Golf’s, but it has numerous sporty touches unique to this model.

And of course, I also love having more power under my right foot. Julian says 148bhp is enough and that is true. But it is also a fact that for an enthusiast, 241bhp is just way better.

More power makes it easier – and safer – to overtake meandering traffic. Accompanied by an exciting soundtrack, every drive is almost guaranteed to be an entertaining one. In a Golf, I would need to rely more on my Spotify playlists for that.

And as we all know, an entertaining drive is priceless. If I had the money for a hot hatch today, the Golf GTI would be it because it is still the best all-rounder in its segment.

Even if the Golf GTI’s road tax costs 58% more than a Golf’s, I say it is money well spent.

And yes, I agree that the Golf’s fuel economy is going to trump the GTI’s. But to me, all cars are designed to burn fuel anyway. If I was so concerned about consumption, then I might as well not drive.

Julian can smirk all he likes because of the money he will save. It’s okay, he will be wearing a mask anyway.

Anyway, after all the fun I will have in a GTI, I will be smirking under my mask, too. 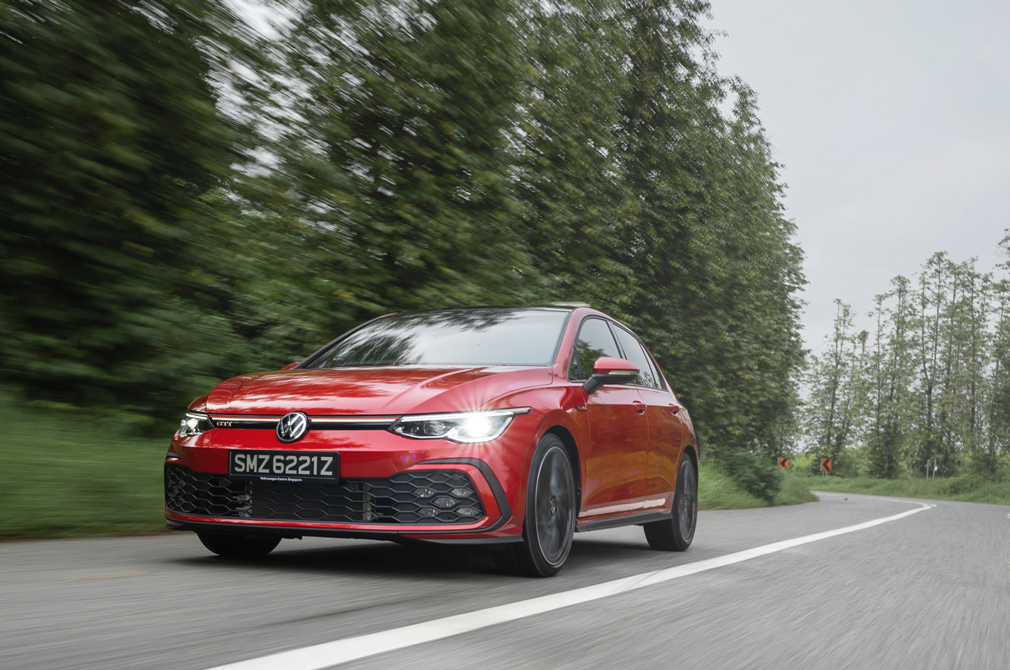