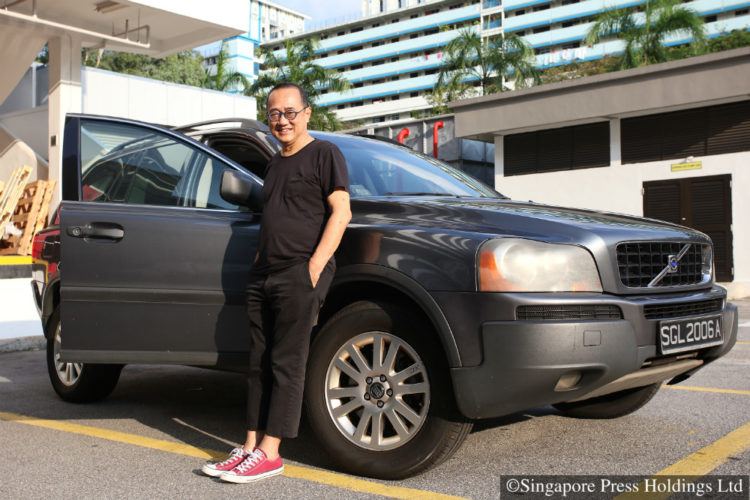 The year was 2006 and Mr Wee was designing an annual report for the Wearnes group, which distributes Volvo, among other brands.

“They told me they had six left because the new model was coming in,” recalls the 65-year-old Epigram Books founder. “They offered me a good discount.”

But it was 2006, with no sign of the global financial crisis that would hit in 2008. His firm Epigram was doing a reasonably thriving business publishing annual reports and doing design consultancy work.

And the “timing was right” because Mr Wee – who is married to former journalist Tan Wang Joo, 68 – was in need of more room for his two children, mother-in-law and the domestic helper.

The children are grown-up now. His daughter, 25, is working and his son, 24, is in university. Mr Wee, who was a psychologist and journalist, says the car now “very rarely” ferries six these days.

But he finds the XC90 handy for his relatively new business. Epigram Books was launched in 2011 – 20 years after Mr Wee left The Straits Times to start Epigram.

When its third row is folded down, the car has a cavernous luggage area – ideal for lugging cartons of books around.

Mr Wee ventured into book publishing after several clients asked him to produce coffee-table books for them. “Since I love publishing and books, I thought it wouldn’t be too difficult,” he quips. 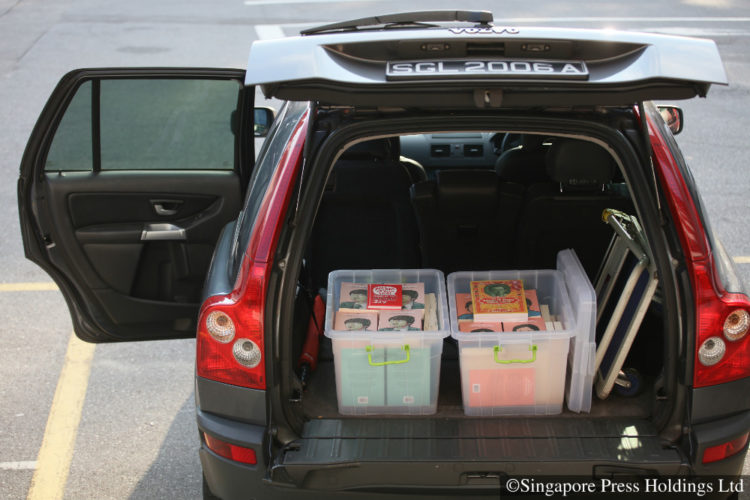 Epigram Books quickly established itself as a publisher of local writers. The Diary Of Amos Lee – the musings of a ficticious schoolboy – is by far its best-selling title, having sold more than 200,000 copies over eight editions.

Its hottest title now is the graphic novel about a fictional local comic artist called The Art Of Charlie Chan Hock Chye by Sonny Liew. Last month, Liew clinched three Eisner Awards (the Oscar for comics) for it.

Mr Wee says publishing is a business with cut-throat competition and ultra-thin margins. So he would sometimes find himself delivering books to fairs, exhibitions and any event where sales can be made.

He has also started a London office to tap the international market and to have “a shot at the Booker”, referring to the Man Booker Prize, the most prestigious award open to fictional books published in Britain.

To its end, the Volvo has served the Wees well. It has clocked more than 210,000km and the only incident it encountered was when a taxi rammed into it nine years ago.

He has renewed its certificate of entitlement, paying about $51,000 to keep the car for another 10 years. “It’s the longest that I’ve ever kept a car,” he says.

The grey Volvo looks fairly decent for its age. Despite minor dings, it exudes solidity and purpose.

“I don’t bother about the way it looks. A car is to get me from Point A to B,” says Mr Wee, adding that most trips are between his home in Ulu Pandan and office in Toa Payoh.