WHY THE VOLKSWAGEN GOLF GTI HAS RULED THE HOT-HATCH SEGMENT IN SINGAPORE FOR 10 YEARS | Torque
Loading posts...
0

Hot hatches are popular with petrolheads in Singapore because they provide the best bang for the buck. And Volkswagen’s Golf GTI series has been the very definition of bang-for-the-buck pocket rockets since 2004, when the Mk 5 version arrived and changed the local hot-hatch landscape like never before.

The Mk 5 Golf GTI is still good-looking after a decade in the business. This says a lot about the car’s fashion-proof design, which is faithful to the classic GTI styling philosophy of “red flashes in the right places”. The five-year-old Mk 6 Golf GTI is a handsome hatchback, too, but it’s less winsome than the Mk 5.

It’s an open secret that the Mk 6 Golf is essentially an updated Mk 5, which explains their similar dimensions, proportions and lowered-suspensions. They even weigh the same – give or take a few kilograms. The chassis, too, was carried over, but 18-inch “Detroits” (in place of 17-inch “Denvers”), three-mode adaptive damping and a clever electronic differential help elevate the Mk 6 above its “Mk 5.5” status. Also helpful is the rearrangement of the exhaust system and its twin tailpes.

The two Volkswagen Golf GTIs’ exhaust gases are produced by a 2-litre 16-valves 4-cylinder with turbocharging, direct injection and 280Nm. Compared to the Mk 5 EA113 engine, the Mk 6 EA888 engine has 10 more German stallions (210bhp in total), a broader torque band, slightly cleaner emissions and one kilometre more mileage per litre of unleaded. Transmission duties in both Golfs are handled by VW’s 6-speed DSG dual-clutch gearbox.

The newest Golf GTI continues to use a dual-clutch turbocharged 2-litre 4-cylinder, but with 220bhp and 350Nm. It’s the extra torque that enables the Mk 7 to outgun its two forebears, especially when moving off or overtaking. Yet, it burns petrol at a slower rate.

Comparing the three cockpits, the Mk 7 is obviously superior to the others in equipment and presentation, but it also requires greater attention from the driver. There are fewer amenities in the Mk 6, but they’re par for the (Golf) course and Teutonic in their ergonomics. The Mk 5 cockpit, being the oldest here, loses out to the rest in terms of colour, chrome and conveniences, but it’s logically laid out and decently durable, and the seats are supportive. 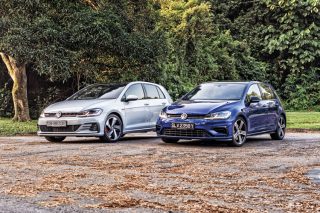 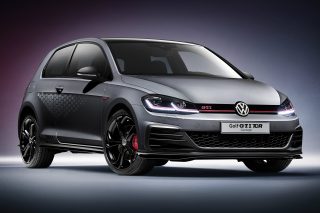 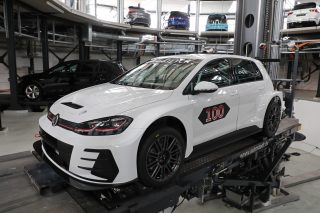 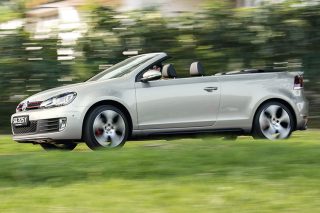 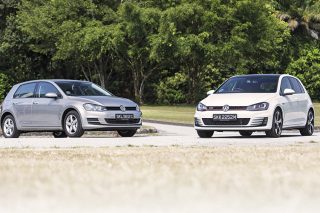 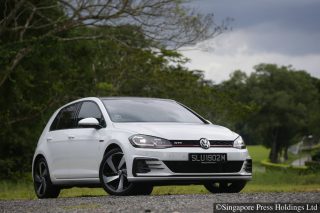