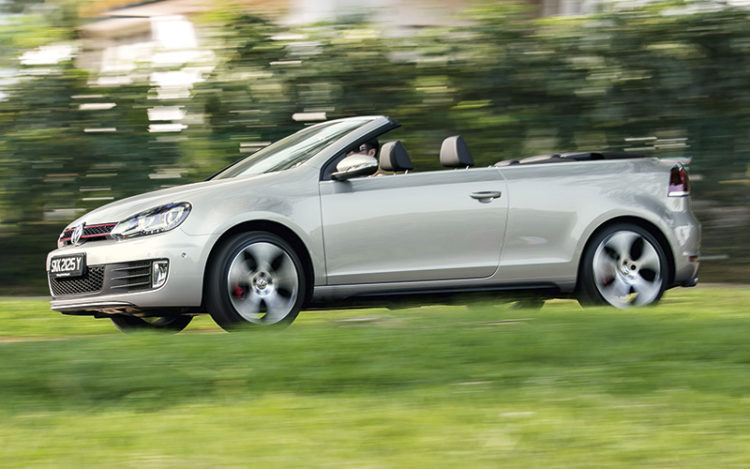 Introducing the Mk 6 Golf GTI convertible to Singapore mere weeks before the launch of the latest Mk 7 Golf GTI hot hatch (in July) may be a hazy idea, made worse by the fact that there was actual haze surrounding the Volkswagen showroom during the period.

But the “windswept” newcomer is undoubtedly a refreshing addition to the Volkswagen model range, combining all the virtues of the popular 1.4-litre, 160bhp Golf Cabriolet (of which over 230 units have been delivered in sunny Singapore to date) with the thrills of the 2-litre, 210bhp Mk 6 GTI. 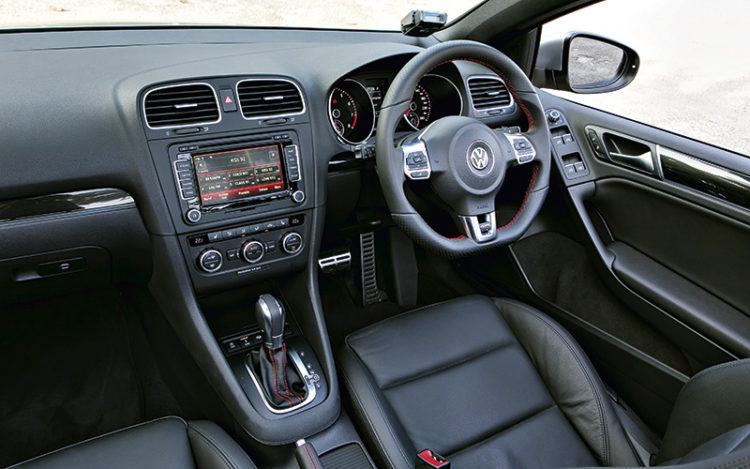 Mk 6 Golf GTI owners will feel right at home in here, but its driving position is more “cruiser” than “bruiser”.

Not all the thrills, though, because the go-go Golf has not only “lost” much of its steel structure to go alfresco, but also some performance and body rigidity. It has gained some weight, too, with extra reinforcements and the electro-hydraulic roof system adding 160kg in total (it’s like having two adult passengers permanently on board), thereby affecting the healthy power-to-weight ratio.

It’s still a nimble, energetic car that’s a cinch to drive quickly. But compared to the rock-solid hatchback (particularly the three-door), there’s less sharpness in the steering and handling, plus the occasional wobble when the 18-inch wheels roll over rough roads or manhole covers. The chassis and adaptive suspension aren’t loose or anything – they’re just less tight than in the “unchopped” hot Golf. 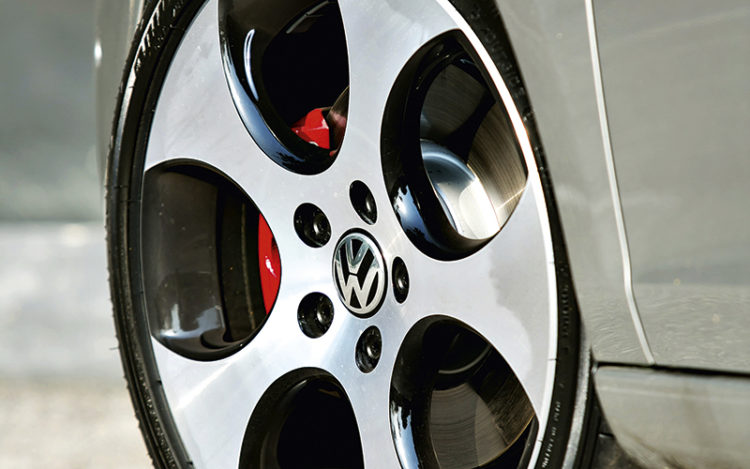 The GTI Cabriolet is also slightly slower, taking 7.3 seconds instead of 6.9 to complete the 0-100km/h century sprint. But if you drop the fabric soft-top (done in 9 seconds flat, on the move at speeds of up to 30km/h, if you wish), the convertible somehow feels faster than its hatchback sibling. Even if the latter has its sunroof and windows open, it still cannot bring the driver as close to the performance and elements as the topless cabrio can.

The sense of velocity as the scenery rushes by, the sporty sounds of the vocal turbo engine and its two exhaust tailpipes (with their signature “brrrppp” when the gearbox changes up), the wind blowing into the cockpit like a localised cyclone (less so with the windbreaker attached behind) – all these emphasise the “storm” in the GTI’s storming acceleration. 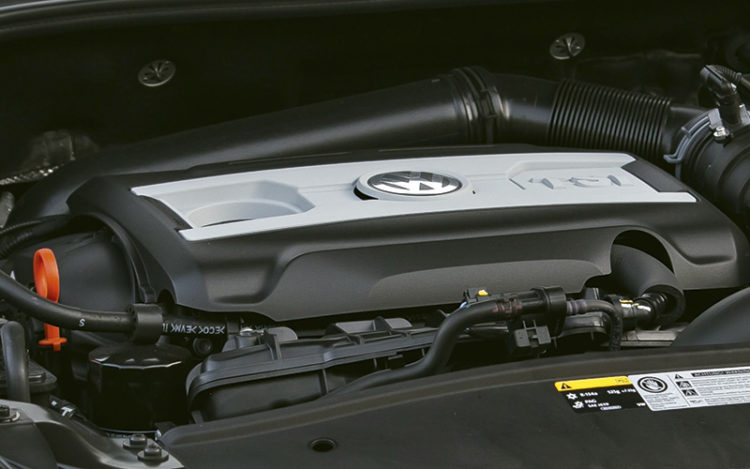 The convertible weighs 160kg more than the hatchback, so the 210bhp GTI engine has more work to do.

They also mask the fact that the powerplant’s 210bhp and 280Nm have to work a little harder in the convertible than in the 160kg lighter hatchback. And with just 100km on the odometer, the test car wasn’t fully run in yet, so the sometimes hesitant step-off and less-than-slick downshifts at low speeds should improve as the car clocks more kilometres.

Notching up the mileage in “closed coupe” configuration is comfortable, although the cabin lets in more noise from the traffic and tarmac than the Golf hatchback. The front seats are shapelier and more accommodating than the rear seats, but transporting four adults is a realistic proposition, and the 250-litre boot (which doesn’t have to share any more space with the stowed hood) is quite practical. Too bad the standard leather cushioning is stiffer than the GTI’s signature tartan fabric, an upholstery indent option that looks much funkier than the plain black cowhide. 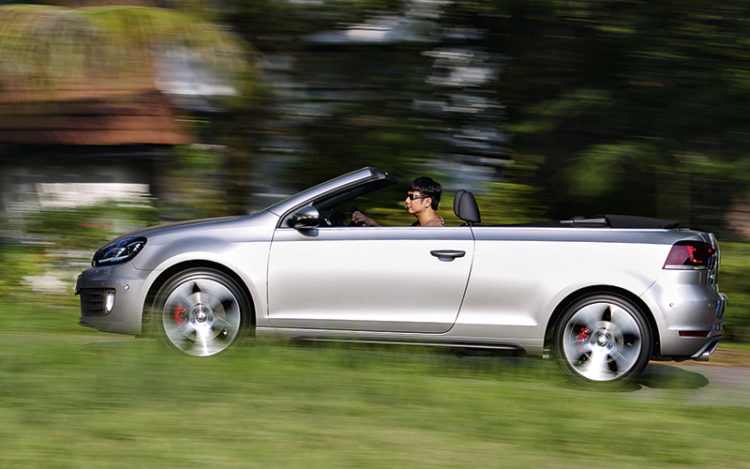 With the windscreen placed at a sharper angle and the roofline moved lower for the convertible spin-off, the driving position is not what the “upright” Mk 6 GTI driver would be used to. He has to sit further back because of the nearer windscreen frame, which in turn encourages a more laid-back, “arm on window sill” attitude.

Cruising in this manner is not exactly par for the course in a Golf GTI, but the Cabriolet variant can get away with it fast – haze or no haze.