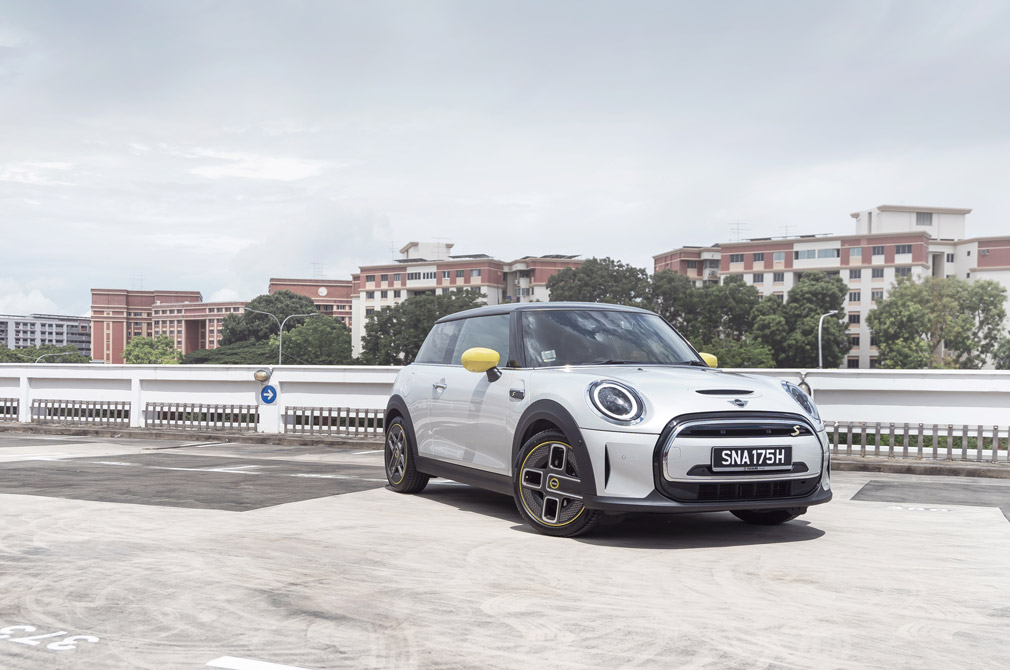 Is MINI a subtle brand?

Anyone who knows a thing or two about cars is going to say “no”. Ask a MINI owner or fan this question and he or she may burst out laughing. Keep than inquisitive expression on your face and you’ll get an “Oh wait. You were serious?”

MINIs are not for the shy, quiet or reserved. If a MINI was a person, it would turn heads when it walks into a room. It would be the most gregarious guest at a party. Heck, let’s be honest: It is the party.

So, no, MINI does not do subtle. Well, that was until the updated MINI Electric suddenly appeared, barely a year after the current-generation model debuted in Singapore.

Trying to spot the changes in the new car won’t be easy unless it’s parked beside the previous one.

The overall design is similar, with the yellow band across the blanked grille, yellow accents, and unique wheels that resemble three-pin sockets. 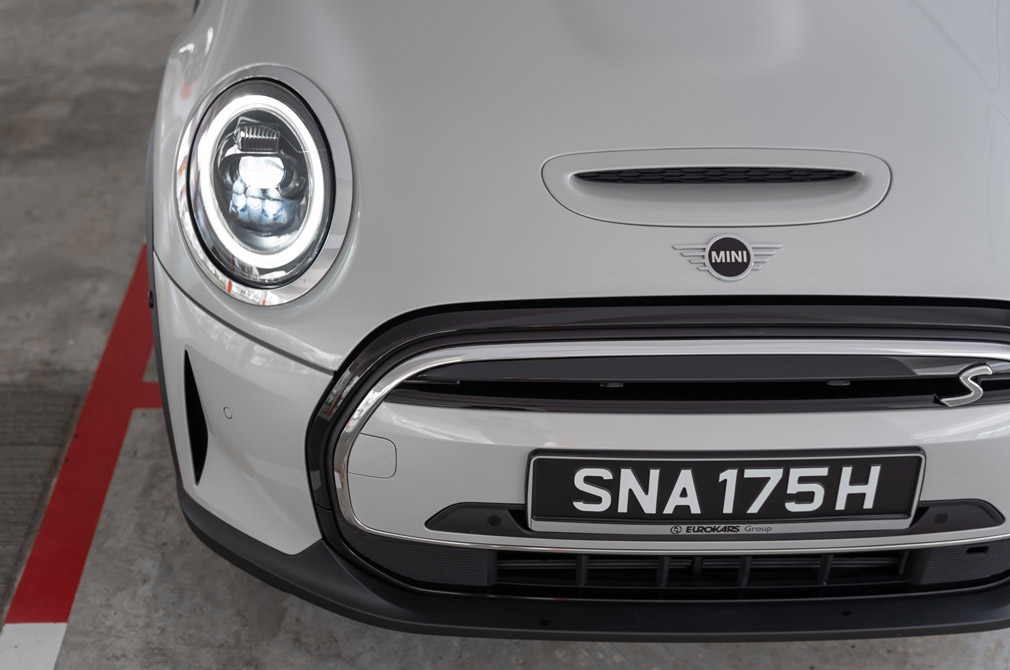 There have been small tweaks to the details, though. The trim surrounding the grille resembles a goatee, and the LED headlight housings are in a darker shade. The British Union Jack patterns on the tail-lamps have been darkened as well.

Reducing the bling is the designers’ mission for the interior, too, with most of the chrome accents now eliminated.

With fewer shiny distractions, you’ll now notice the new steering wheel, inner air vents that are now flush with the dashboard, and the cool LED ring surrounding the infotainment system. 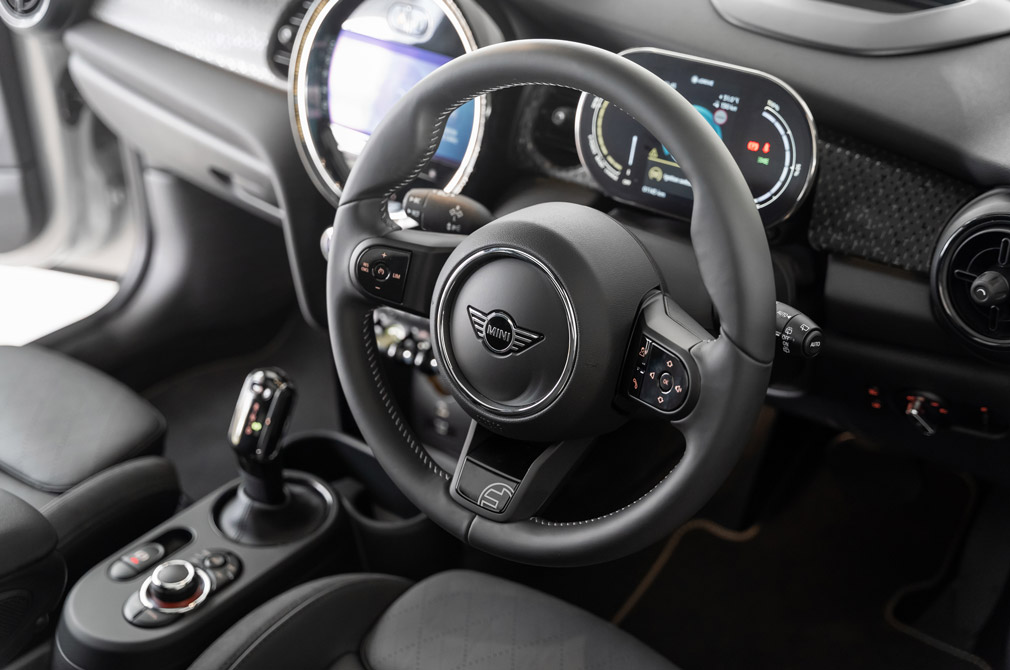 I like the MINI Electric’s new steering wheel, but not its control panels. Apart from lacking tactility, the shiny black plastic is soon covered in fingerprints and smudges.

Looking neat and nifty, on the other hand, is that new LED ring, which has a laser-engraved surface design. It encircles the upgraded infotainment system that boasts a new graphics display, along with more options for choosing and controlling functions.

Enhancing the cabin’s night ambience are the new “Lounge” and “Sport” lighting options. The blue hue of the former is quite relaxing, especially after a busy day at work. 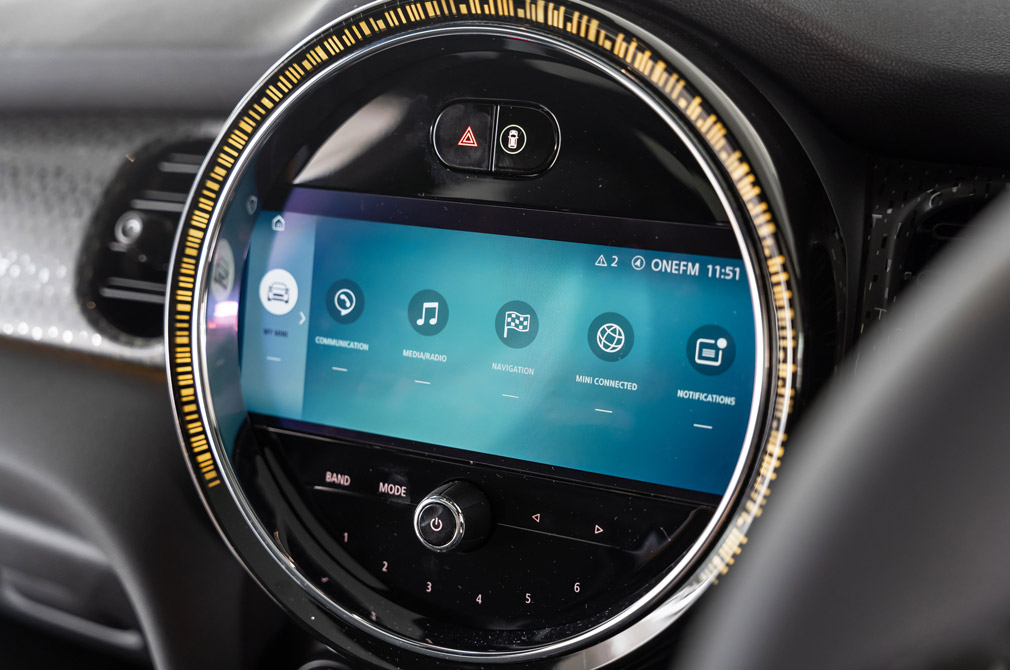 The Connected Navigation package, previously an option, is now standard. The feature includes Real Time Traffic information, which is a boon to drivers.

Another standard addition to the MINI Electric is the Driving Assistant Package, a camera-based system that helps with speed and distance control.

Among other things, it lets you limit the car’s speed based on the posted limits and set the following distance to the vehicle in front when adaptive cruise control is engaged.

One of the coolest features is the new MINI App, which has more useful features than its previous iteration, MINI Connected. The new app is what makes driving the MINI Electric more satisfying.

Apart from being able to push destinations to the car through the app, locking the doors and checking on its range and status, you can view your charging history, which now details how many kilowatts you took on during your last charge. 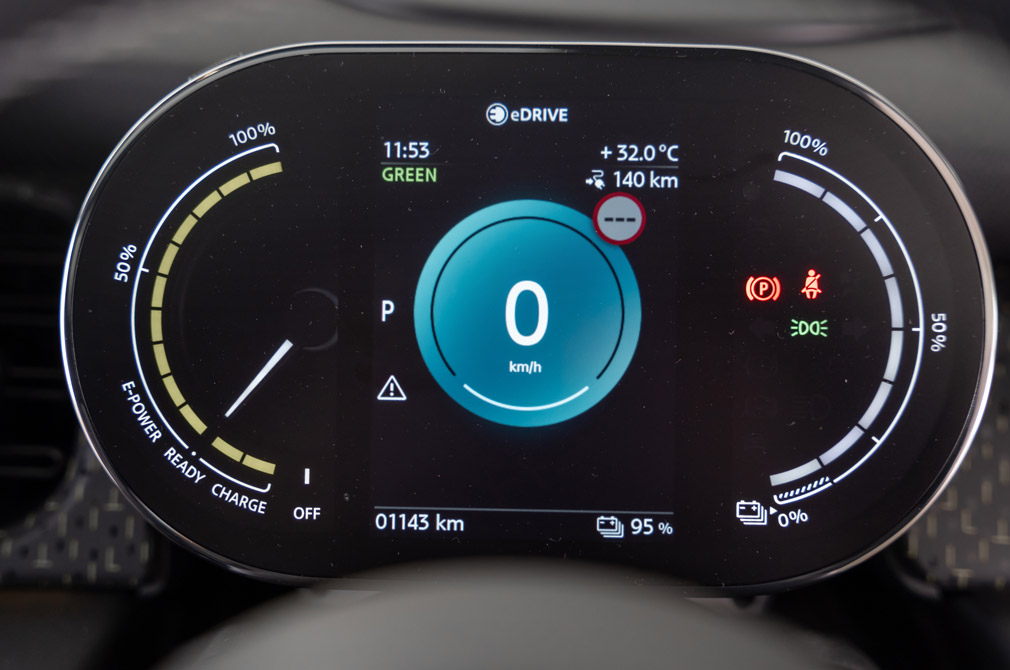 The app also lets you cool down the cabin by remotely activating the air-conditioning system. If you’re very organised, you can even schedule this from Monday to Friday from 5.50pm to 6pm, thereby ensuring a cool car after work.

However, triggering this function takes a lot of data, which is sent from the app to BMW’s servers in Munich, before it gets pushed to the car.

So, if you’re not in an open carpark, the function may not work, as I found out. That said, being in a multi-storey sheltered carpark meant the car’s interior wasn’t too warm to begin with.

STILL THE FUN ONE

The MINI Electric remains one of the most fun-to-drive models in the carmaker’s line-up. It’s the plentiful low-end torque that makes the MINI Electric feel quicker than the 7.3 seconds it takes to clock the century dash. That’s 7.3 seconds of glee, with a smile plastered to your face and your brain screaming, “Wheeeee!”

The temptation to plant your foot on the accelerator pedal every time the light turns green is almost impossible to resist. There is some torque steer that makes the steering wheel squirm, but this is part of the charm.

The hatch’s regenerative braking system is also no longer abrupt like before. Even when set to “High”, lifting off the accelerator does not result in you lurching forward as the vehicle slows down.

Interestingly, however, both MINI and parent company BMW say that the powertrain is unmodified. 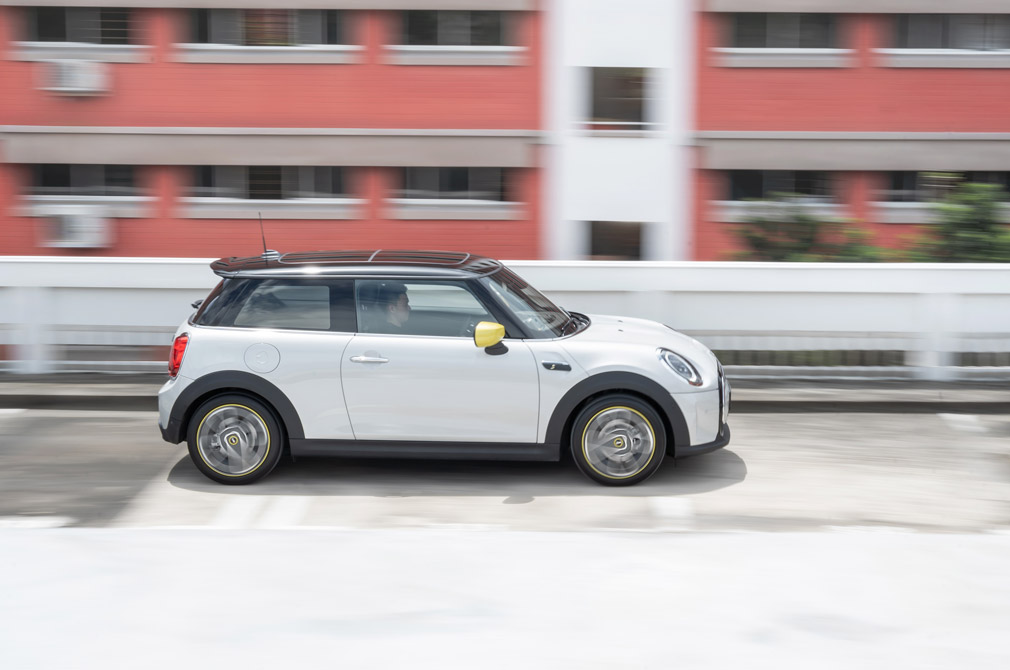 Given the MINI Electric’s 32.6kWh battery, range is not this hatchback’s strength. MINI cites a range between 242-270km, which means that ideally, the target buyer always has access to a charging point.

To serve my needs, I would need to charge the car every two or three days. During my drive, a 49-minute session at a 50kW DC charger at Shell Recharge cost $6.69.

MINI is not a subtle brand, but the way they have gone about improving this electric hatchback almost felt like an exercise in subtlety.

It is as familiar and as delightful to drive as the pre-facelift one. And the enhancements to the app and powertrain have made living with it more seamless.

Subtle, when done right, can be very effective. 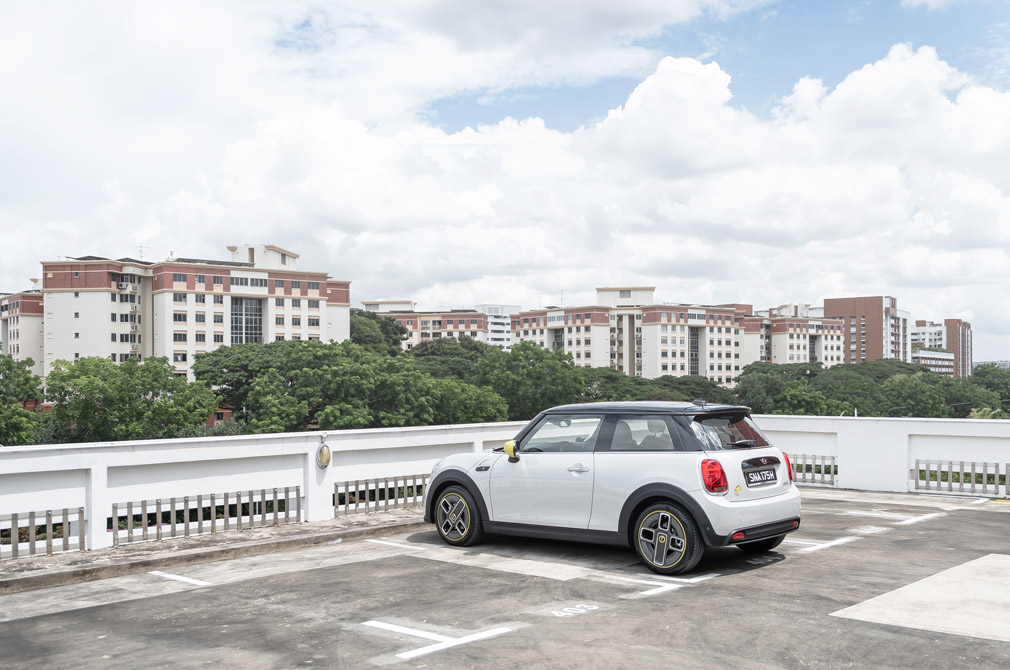 MINI Electric is “Best Conversation Starter” at Torque Honours 2020
MINI Electric too small for your needs? Click here for our BMW iX3 review