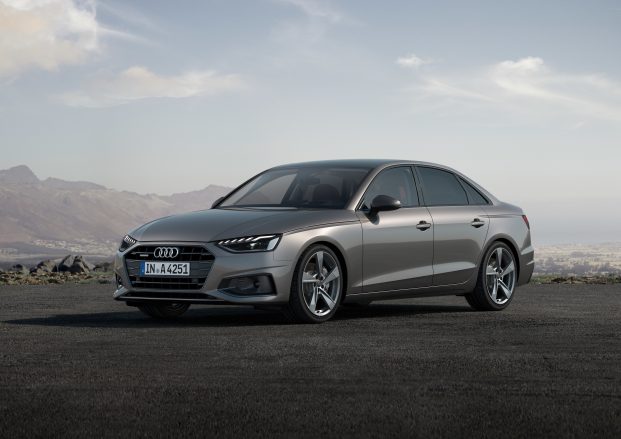 The new Audi A4 has been extensively refreshed on the outside.

Four years into its current generation, Audi has given the A4 a nip and tuck to inject some vim into its midsize sedan.

While the now-old A4 was hardly boring, the new one spruces up both exterior and interior to bring it in line with the rest of the range.

Changes on the new Audi A4 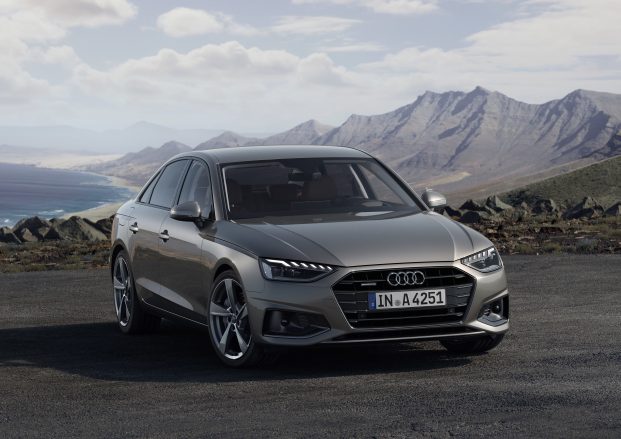 The new Audi A4 gets a more aggressive face.

From the front, the headlights have evolved from their earlier zig-zag design to an angular shape with angry-looking ‘eyebrows’, and now get LEDs as standard.

The headlights are part of an exterior refresh that includes a lower and broader ‘Singleframe’ grille and strong character lines along its flanks.

The result is a markedly different and more stylish A4.

Changes are less drastic inside, but Audi has still given the A4 a thorough once-over to clean up the clutter. 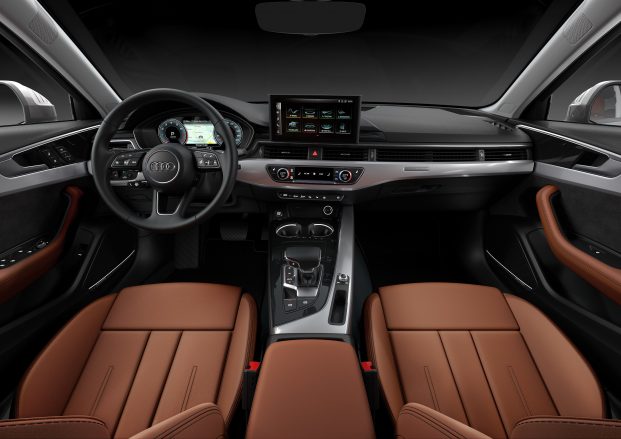 No more rotary dial in the cockpit: the A4 now gets a touchscreen similar to that of its big brothers’.

Gone is the old rotary dial, which has been replaced with Audi’s trick touchscreen with haptic and audio feedback.

The 10.1-inch screen looks like a scaled-down version of the ones found in its larger cars like the A6 and A8, with the same clean graphics.

What about the A4’s engine?

In Europe at least, the new Audi A4 now gets six turbocharged engines, all mated to automatic gearboxes as standard.

Power outputs range from 147hp to 342hp stretching from the Audi A4 35 TFSI up to the Audi S4 TDI, which we likely won’t see here.

In its midlife refresh, the A4 now gets boosted by a mild-hybrid 12-volt system (MHEV) to help reduce fuel consumption.

According to Audi’s tests, the MHEV system reduces fuel consumption “by up to 0.3 litres per 100 kilometres”.

Two types of adaptive suspension are offered on the new A4.

The first is the comfort suspension with damper control, which lowers the A4 by 10mm.

The other is the sport suspension, either with or without damper control, which lowers the car by 23mm.

Drivers can control the car’s behaviour through the Audi drive select system.

What about the Audi S4 and S4 Avant? 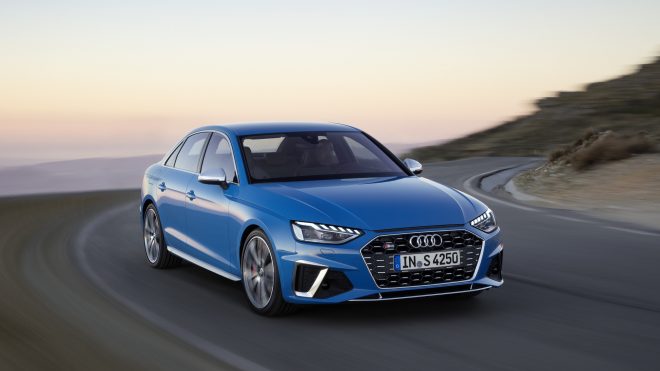 The new S4 and S4 Avant are unchanged, retaining the 3-litre V6 TFSI that produces 349hp and 500Nm of torque.