If you were sure in the green credentials of your Toyota Prius, you can now be even more certain of its footing on the road if you have the new 2019 Toyota Prius, which debuts with Hybrid AWD-i, a new, intelligent, electric all-wheel-drive system.

The Hybrid AWD-i system uses an additional high-torque electric motor to provide extra drive through the rear axle, when called upon, Toyota said in a press statement. 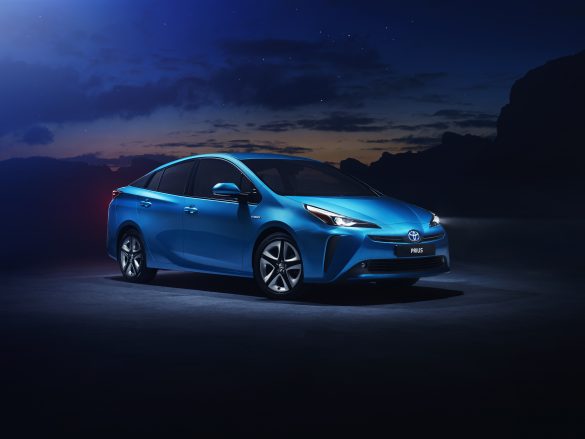 The 2019 Toyota Prius comes with a new electric all-wheel-drive system, which uses an electric motor to send power to the rear wheels when needed.

It will automatically engage when pulling away from a stop, at speeds of up to 10 km/h, and when sensors detect low grip conditions, like in snow or on wet and slippery road surfaces, at speeds between 10 and 70 km/h, Toyota said.

“The unit is compact and lightweight, with no centre differential or front-to-rear driveshaft, so there is minimal intrusion in boot space and little compromise in (the) Prius’ exceptional fuel economy and low emissions,” Toyota said.

One difference between the standard front-wheel-drive Prius and its more sure-footed cousin: the Hybrid AWD-i model features a new nickel-metal hydride battery design for “excellent” cold weather performance, while the front-wheel-drive version has a lithium-ion battery.

In terms of styling, the 2019 Toyota Prius has a cleaner look, with sharp, slim headlight units, which now have new bi-beam LEDs which provide wider illumination.

The rear has also undergone a nip and tuck, with new combination lamps fitted with new light guides. 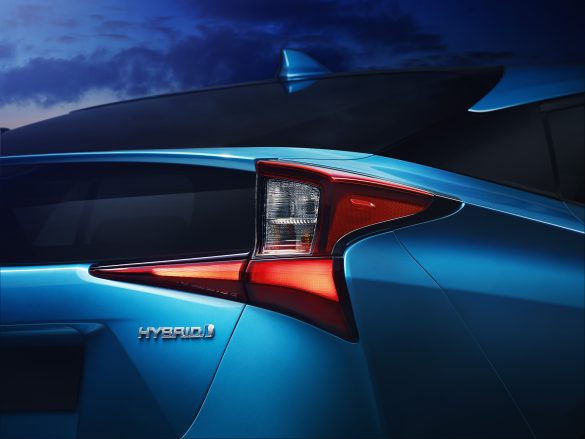 Two new colours are also available on the 2019 Toyota Prius: Emotional Red and Aqua Breeze, and a new 17-inch allow wheel design and a new contrasting dark grey finish for the 15-inch wheelcaps.

Inside the car, Toyota has made updates to the centre console’s arrangement, as well as some of the controls on the instrument panel.

New cloth upholstery has been introduced, and the wireless charging tray has been enlarged to accommodate bigger smartphones.

Toyota has also built in a multimedia Toyota Touch 2 touchscreen which offers “faster response” and can be operated with smartphone-like gestures.

Seven-seater Toyota Prius+ is green motoring for the family