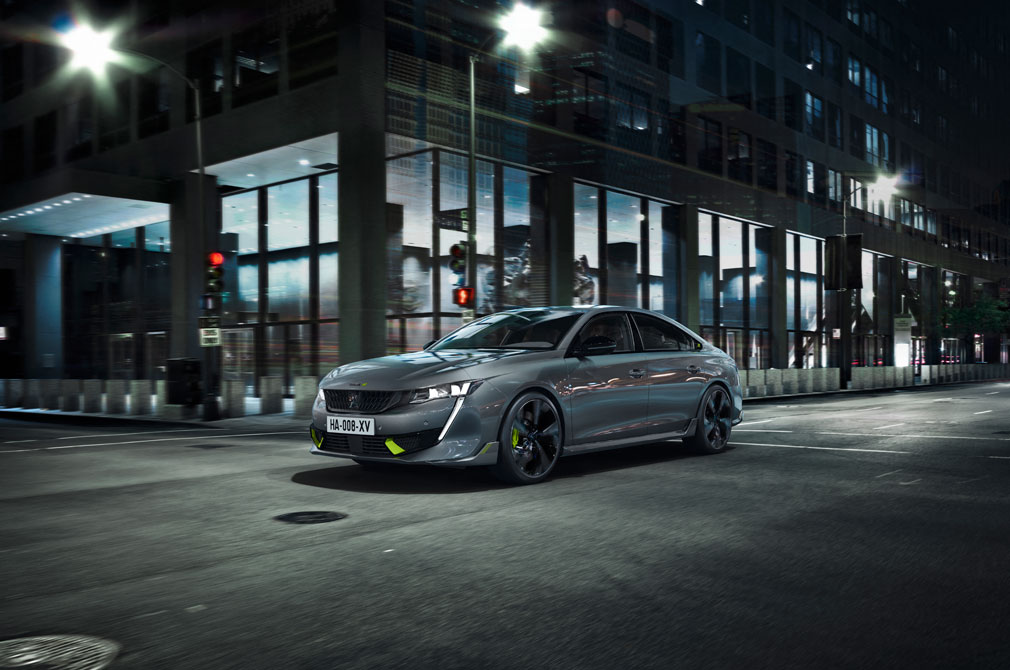 What you’re looking at, is the most powerful production car ever built by Peugeot.

A product of the firm’s new Peugeot Sport Engineered performance division, this 508 delivers 355bhp and 520Nm of torque.

All that power comes from a turbocharged 1.6-litre 4-cylinder combined with a pair of electric motors. The output is delivered via all-wheel-drive to ensure optimum traction in all weather conditions. 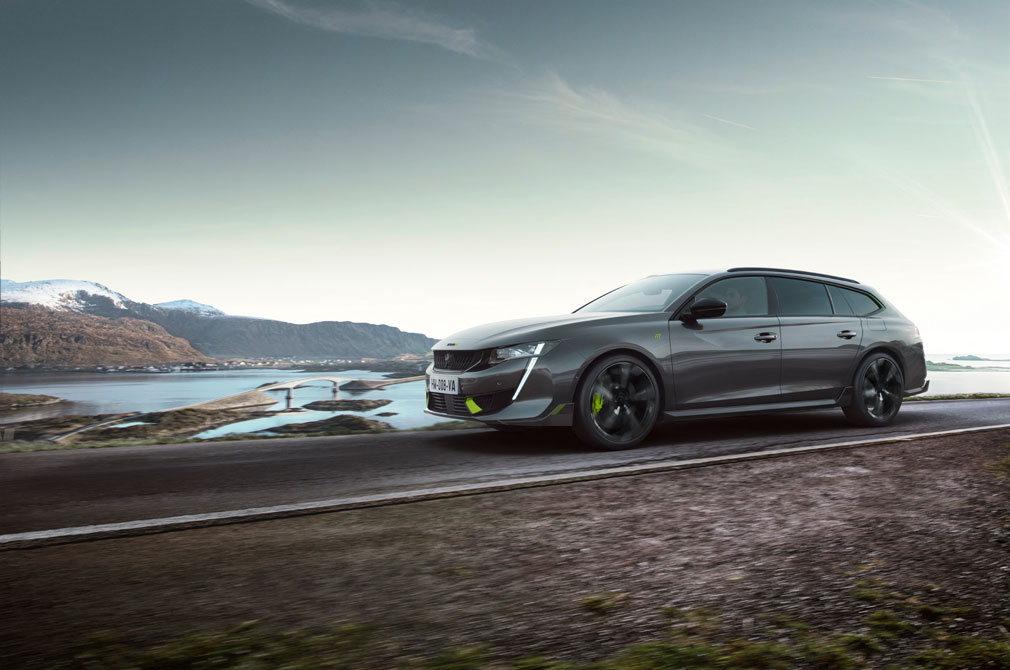 That output gives the car a zero to 100km/h sprint time of 5.2 seconds, while its top speed is electronically limited to 250km/h.

Peugeot Sport’s engineers have also adapted the chassis of the Peugeot 508 to deliver enhanced performance and agility.

Changes to the 508 Peugeot Sport Engineered include the lowering of the driving position, wider front and rear tracks, and the use of 380mm diameter front brake discs and fixed four-piston calipers.

The 20-inch alloy wheels of the car are also fitted with Michelin Pilot Sport 4S tyres. 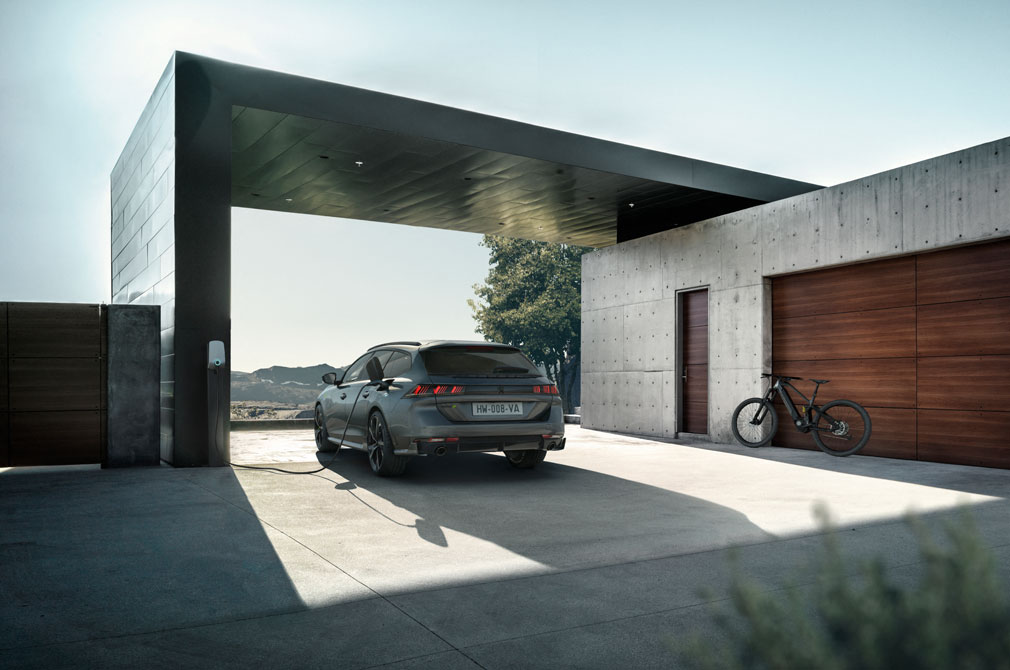 11.5kWh battery will take less than two hours to charge from a 7kw wallbox.

The 508 Peugeot Sport Engineered utilises a 11.5kWh lithium-ion battery that charges in less than two hours from a 7kW charging point. The car has an electric-only range of 42km based on the Worldwide Harmonised Light Vehicle Test Procedure cycle.

In the cabin, Peugeot i-Cockpit features a compact steering wheel with three “Kryptonite” claws, distinctive elements of the Peugeot Sport Engineered division, and a Heads-Up Display.

The Peugeot i-Cockpit graphic animations and the 10-inch HD capacitive touchscreen have adopted the division’s signature for an even more exclusive feel. 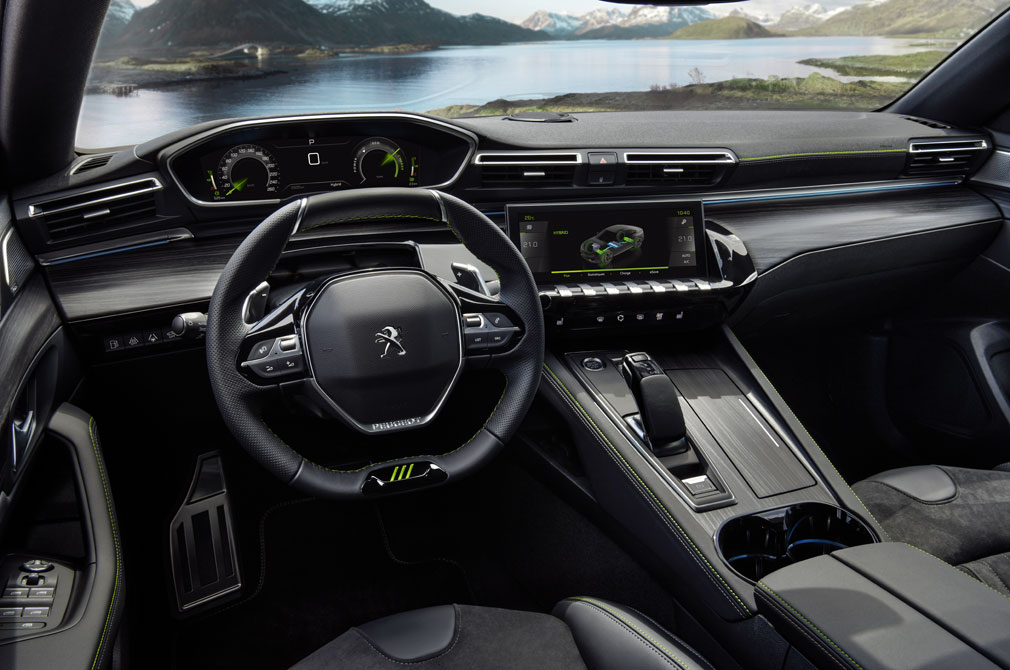 The upholstery of the “wrap-around” seats features a mix of Mistral Nappa Leather and Alcantara, whilst the passenger compartment is trimmed with double Tramontane Grey and Kryptonite stitching. The Focal Hi-Fi audio system is as standard, as are heat and massage functions on the driver’s seat.

AutoFrance informs us that the regular Peugeot 508 will arrive in Singapore from the first quarter of 2021.

But while you wait, why not also read about the new Peugeot 5008?
Or find out more about the electric Peugeot e-2008!
Click here for our review of the Peugeot 308 GTi