Peugeot has unveiled its e-2008 SUV, part of the automaker’s push to have an electrified version in each model range by 2023.

It’s Peugeot’s second all-electric model after the e-208 announced earlier in the year.

The e-2008 is powered by a 136hp electric motor and a 50kWh battery that’s positioned under the floor to minimise space intrusion into the cabin.

It has 310km of range, according to WLTP testing, and supports 100kWh fast charging.

The e-2008 will have two forms of energy recovery: one that feels more like driving a petrol car, with the other providing more regenerative braking when lifting off from the accelerator.

For those trying to spot the electric Pug on the road, it has special touches like an “e” monogram on the front side panel and tailgate, as well as a colour-shifting lion emblem. 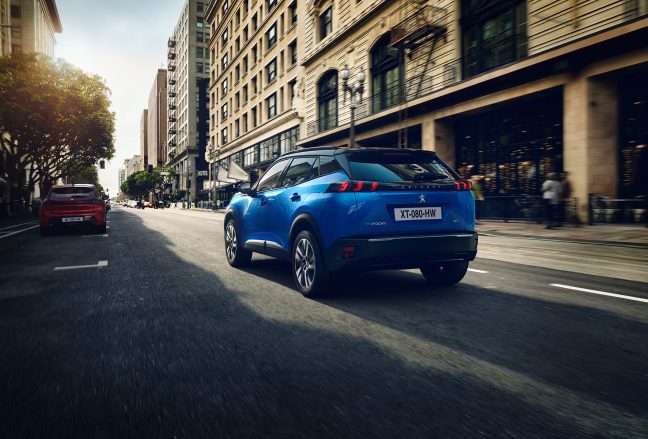 Meanwhile, the petrol version of the 2008 comes with Peugeot’s 3-cylinder Puretech engine.

All versions of the 2008 are built on Groupe PSA’s Common Modular Platform.

Inside the cabin, passengers can enjoy the 10-speaker Focal sound system which took more than three years to develop. 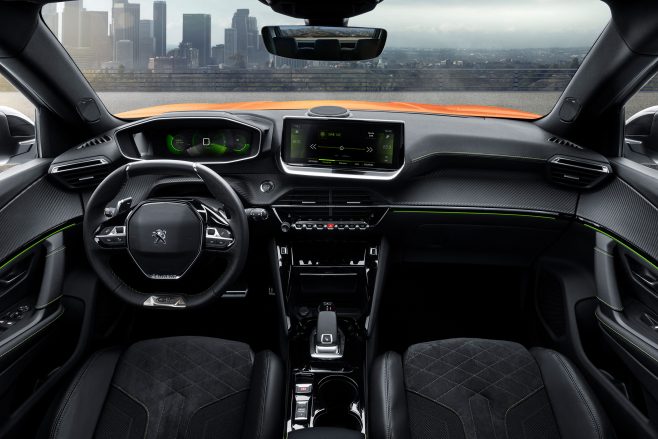 The driver has even more goodies to look at as the Peugeot 2008 comes with a compact steering wheel and a heads-up display.

Peugeot and Ford have emerged from the shadows in recent years