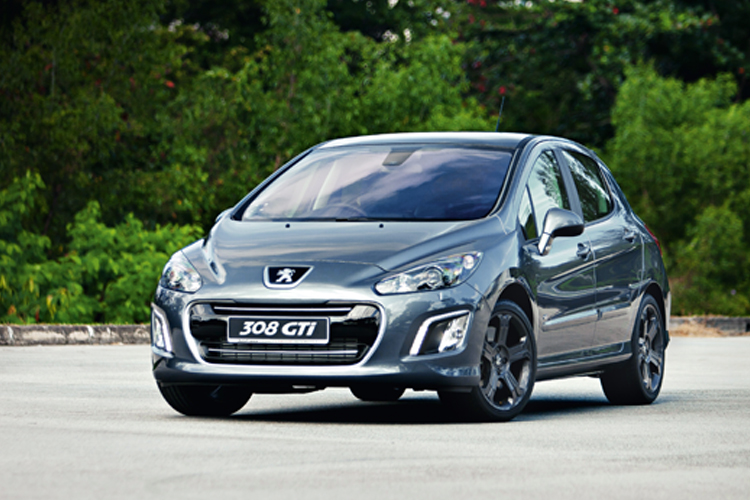 Peugeot’s GTi moniker is not one to be taken lightly, for this badge has long come to symbolise zippy performance and delightful handling in an affordable package. Older well-known and successful Peugeot models with this mark include the 205, 206 and 207.

True-blue hot hatch fans, however, would be forgiven for dismissing the new 308 GTi as little more than a wannabe hot hatch. Because, compared to Peugeot’s original (and still feted) 205 GTi, the 308 GTi is essentially a family-friendly and practical five-door hatchback that just happens to be equipped with a 200bhp motor and a 6-speed manual gearbox. 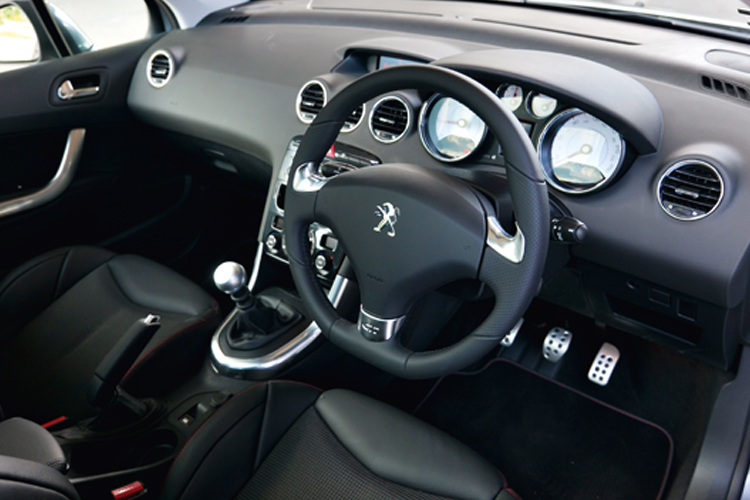 The flat-bottomed steering wheel is a wonderful compliment to the helm’s direct feel, while the aluminium pedals help provide slip-free surfaces on which the driver can perform his footwork.

This healthy output comes courtesy of the car’s 1.6-litre “heart”, which has a twin-scroll turbocharger that lets it deliver a robust 275Nm from just 1700rpm. Those horsepower and torque figures, by the way, are a significant 44bhp and 35Nm more than what the 308 Turbo can manage.

True to its practical purpose, however, the 308 GTi is easy to live with as an everyday runabout. Traffic jams won’t tire you because the clutch is light (it almost feels like stepping on dog poo) and the gearshift action – despite being slightly notchy and having longish throws – is nevertheless enjoyable. Rowing through the gears is actually pretty entertaining in this hatchback. 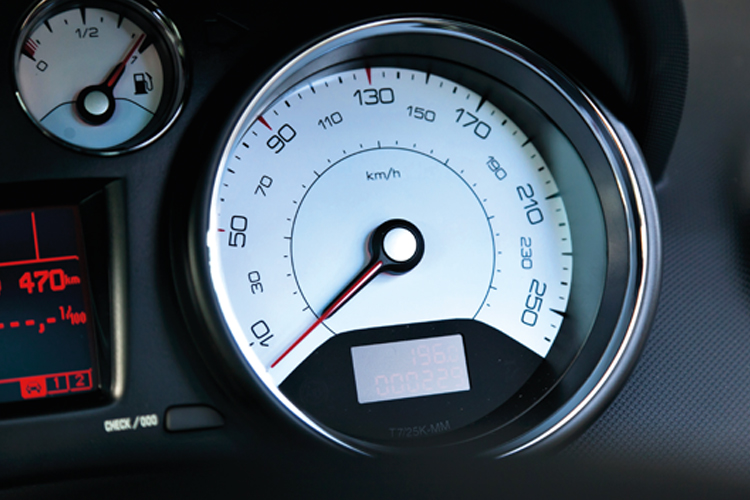 That’s just as well, since you’ll need to do plenty of shifting to access the car’s performance as the gearbox’s ratios are rather tall. Be patient, however, and you’ll discover that the engine unleashes its full wallop once the tachometer needle swings past the 4000rpm mark. Incidentally, past this point is also only when the 308 GTi finally emits a naughtier exhaust note – which is something you’d expect to hear the moment the motor is fired up.

Nevertheless, daily commutes in this “warm” hatch are still fun. There’s greater satisfaction in timing and executing your own gearshifts compared to just letting the transmission do the work. Dual-clutch gearboxes may be lightning-quick, but the interaction between a driver and his vehicle will never be as direct – especially not when their connection is just between a fingertip and a plastic paddle. 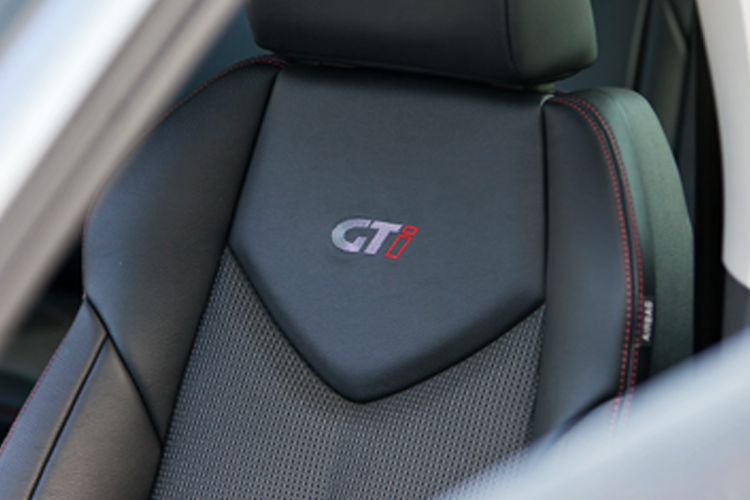 What the 308 GTi needs to better link the driver to the road is a beefier chassis to cope with its powertrain’s added performance. For, despite this hatchback’s slightly more aggressive appearance (which it owes to the 18-inch gunmetal-coloured alloys and roof spoiler), the GTi is as pliant as its tamer 308 siblings because it is equipped with the same suspension components as them. The dampers aren’t stiff and the ride height isn’t lowered (making the aforementioned alloy wheels look small), so this Pug is composed instead of sharp around twisty bits of tarmac.

Trying to carve up your favourite corners is thus inadvisable, since the stylish sports seats in the cabin are more adept at cushioning than outright body hugging. More useful, though, are the flat-bottomed steering wheel and aluminium pedals. The former is a wonderful compliment to the helm’s direct feel, while the latter helps provide slip-free surfaces on which the driver can perform his footwork. 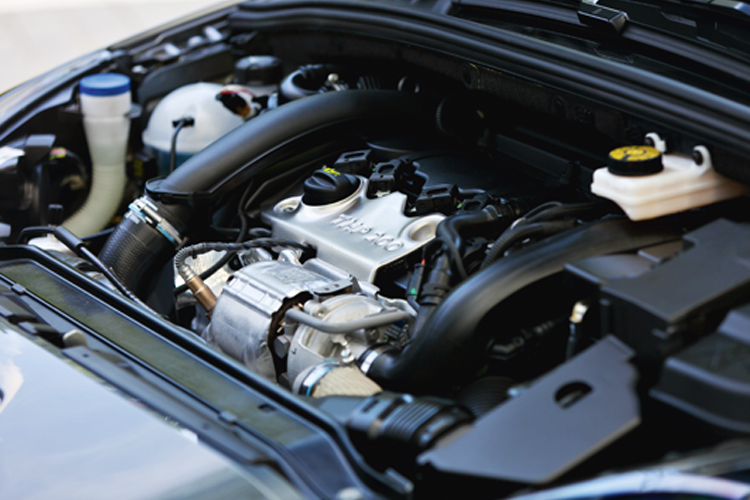 Peugeot 308 GTi’s turbocharged 1.6-litre engine has a twin-scroll turbocharger that lets it deliver a robust 275Nm from just 1700rpm.

Also just as advantageous is this hatchback’s rear bench, which can easily accommodate three adults. There’s also plenty of capacity for loose items and luggage thanks to the generous door bins and 430-litre boot, which expands to offer a whopping 1,398 litres of cargo space with the rear seats folded. 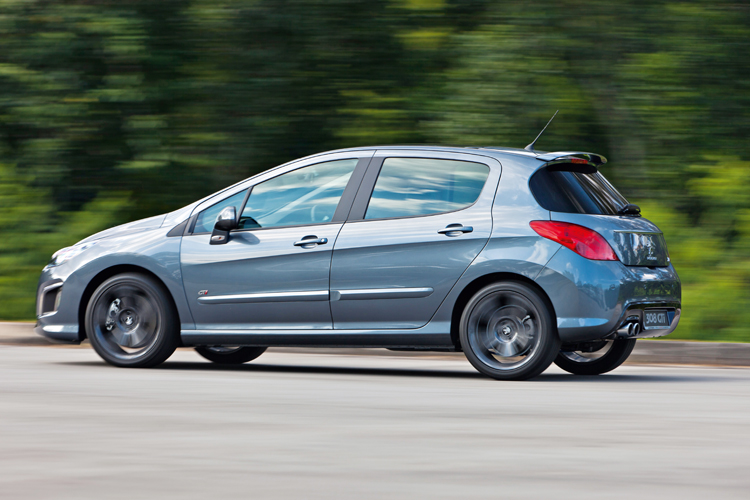 This Pug might be seen as a “wannabe” to hot hatch fans who were anticipating something more driver-focused. Perhaps a fairer way of looking at the 308 GTi is to see its badge as a misnomer: It’s simply a fun-to-drive hatchback with the wrong moniker. 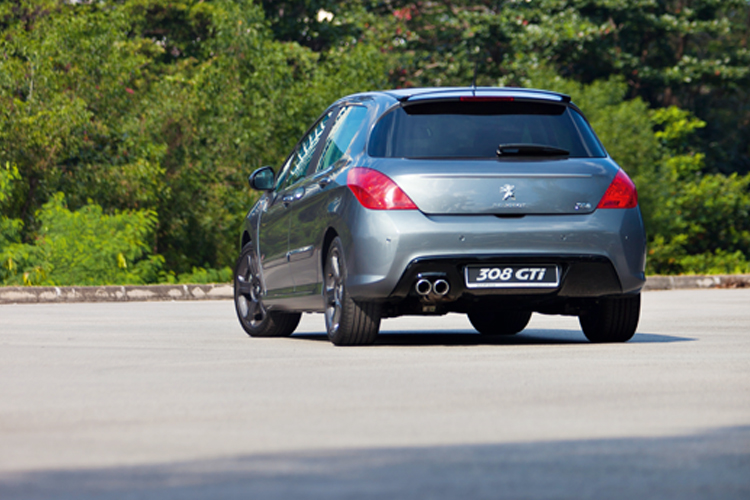