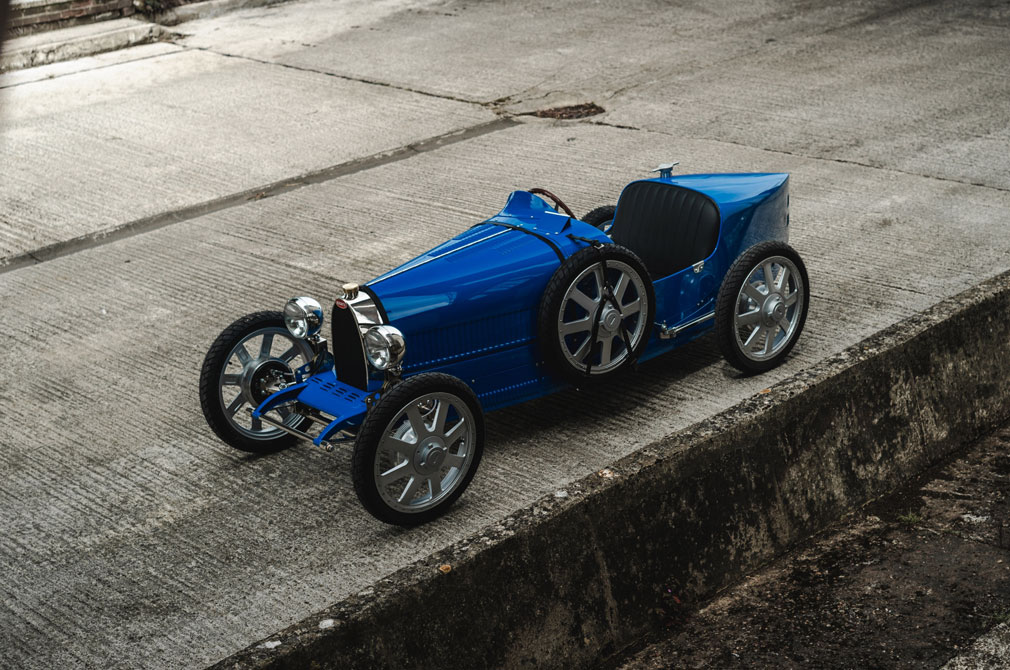 Bugatti has announced the completion of the design and testing phase of its 110th birthday present to itself: The Baby II.

The 75% scaled-down Type 35 Baby II has gone into series production and clients will be soon be taking delivery of the very first cars.

Developed in partnership with The Little Car Company, the Bugatti Baby II has been described by those who have had the opportunity to drive it as “more of an unruly teenager than a Baby”.

The Baby II is available in three versions. The base model features a composite body and a 1.4kWh battery pack, while the Vitesse model utilises a carbon fibre body, a 2.8kWh battery pack and an upgraded powertrain including a Speed Key like it’s big brother, the Bugatti Chiron. 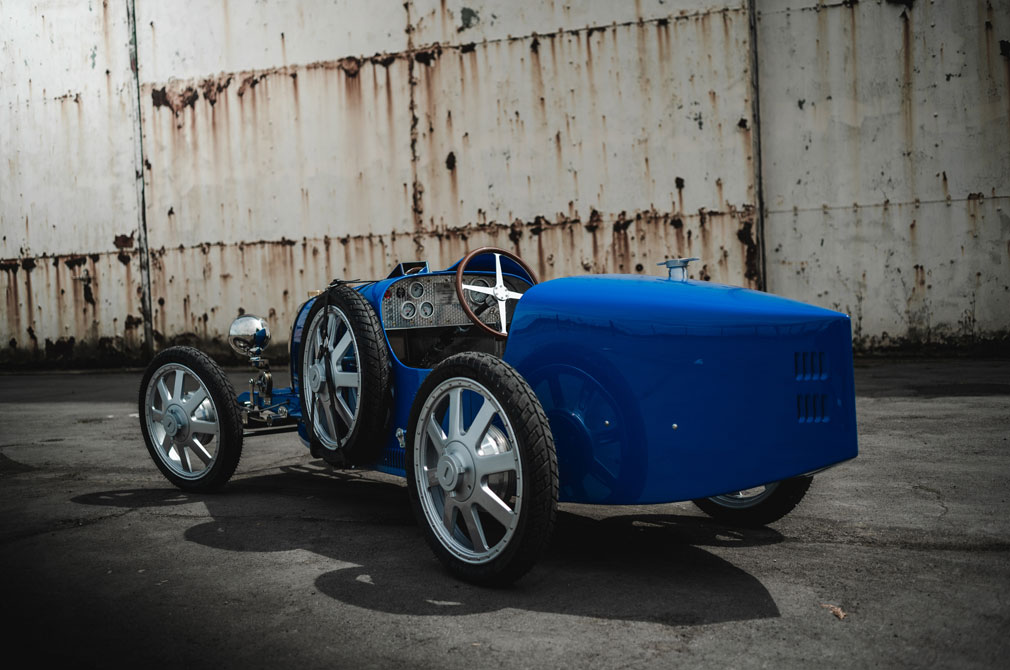 The bodywork of the Baby II can come in either carbon fibre or hand-crafted aluminium.

All versions of the Bugatti Baby II have a limited slip differential, high performance hydraulic brakes and selectable driving modes. 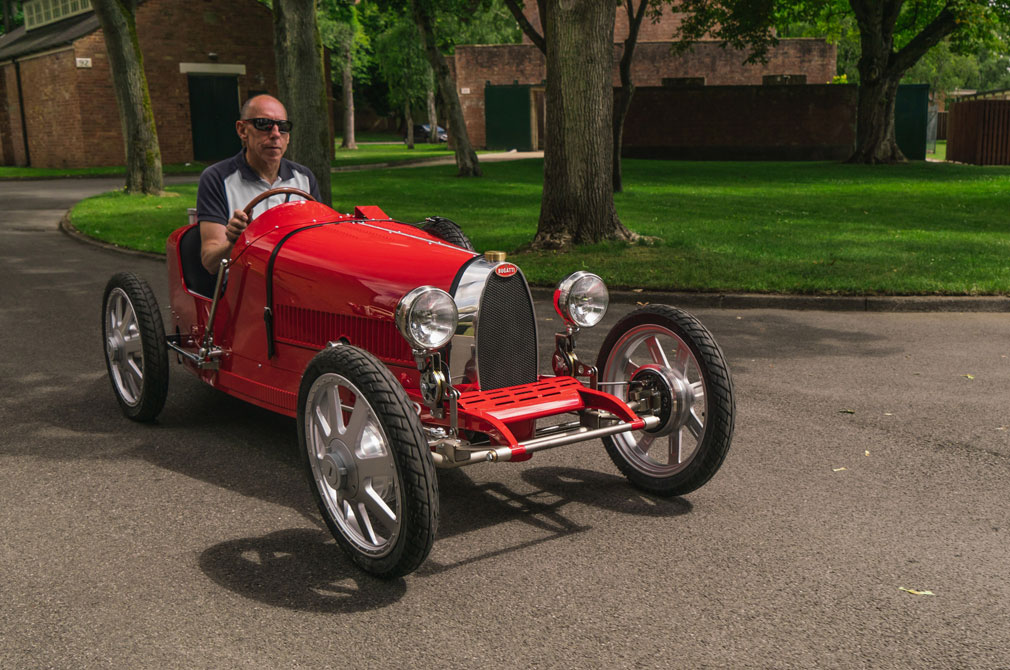 Zero to 60km/h is dispatched in just six seconds for the Vitesse and Pur Sang variants.

The Vitesse and Pur Sang versions include the Novice and Expert driving modes, but also offer extra performance from an upgraded powertrain, unlocked by the Bugatti Speed Key.

This enables you to deploy up to 13.4bhp and with an all up weight of just 230kg, the Vitesse and Pur Sang Bugatti Baby II will try and spin their rear Michelin tyres from standstill, on the way to a 70km/h top speed.

Depending on the weight of the driver, the zero to 60km/h sprint is dispatched in just six seconds.

FOR ENTHUSIASTS OLD AND NEW

Other features which will appeal to enthusiasts include faithful working replicas of the original Type 35’s instruments, with some adaption for modernity. 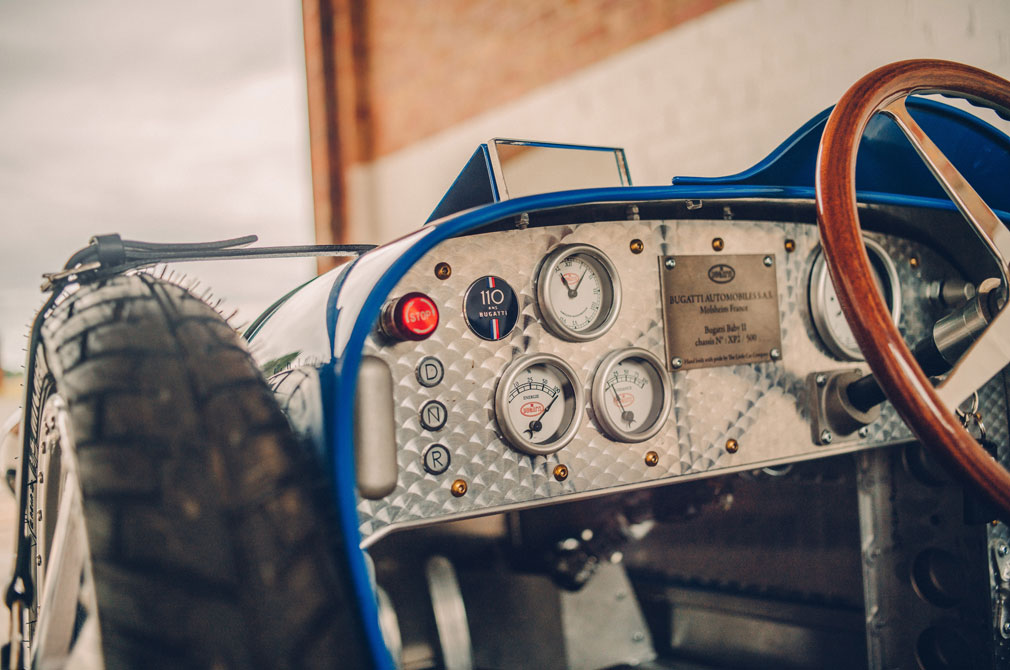 Instrumentation on the Baby II is faithfully replicated from the Bugatti Type 35.

The scale replica of the famous four spoke steering wheel now has a quick release to make access to the cockpit easier. Adjustable pedals are machined from a solid aluminium billet and proudly display Bugatti’s famous “EB” logo.

The fuel pump handle has also been exactly reproduced, but now serves as the forward, neutral and reverse selector on the Bugatti Baby II.

Bugatti also celebrated its 110th birthday with the special edition 100 Ans Bugatti. Read about it here!