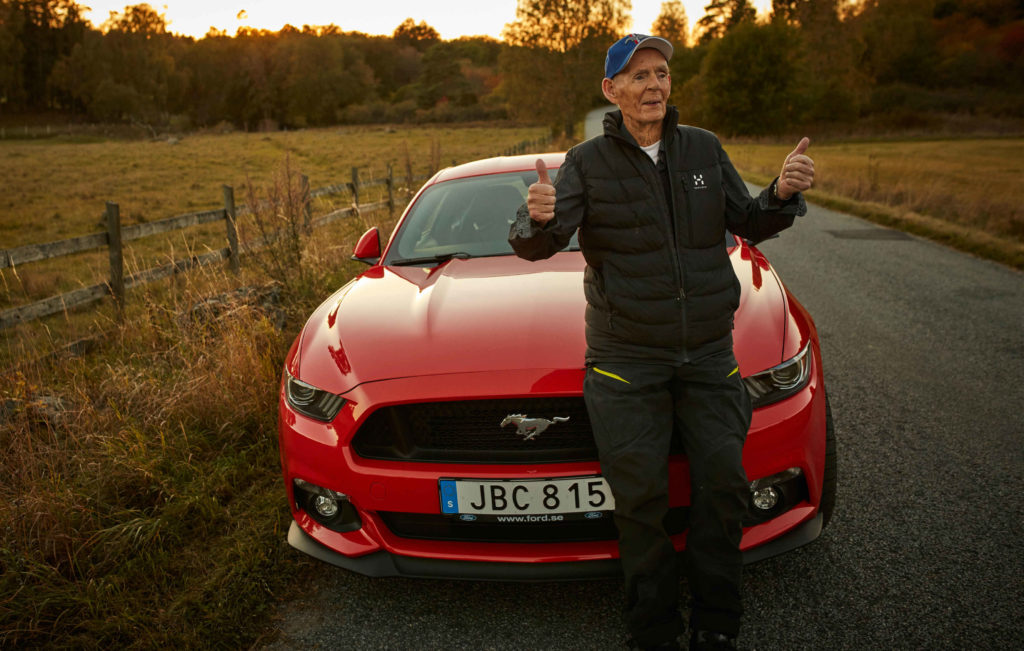 How to spend your 97th birthday? For Lennart Ribring, the answer was easy – behind the wheel of a unique and iconic sports car.

Born in 1919, when the Ford Model T had only been in production for 11 years, Lennart got his driving licence at the first opportunity, when he turned 18 in 1937. Now he has treated himself to a brand new Ford Mustang.

“My name is Lennart Ribring. I’m 97 years old. I drive a 5-litre V8 Ford Mustang fastback and I’m really happy,” he says in a video that captures the moment when Lennart picks up his new car from his local Ford dealership, takes his son Michael for a spin and shows it off to granddaughter Emilia.

Capable of 250km/h and 0-100km/h in 4.8 seconds, the race red sports car takes pride of place on Lennart’s driveway at his home in Stockholm, Sweden.

Lennart, who also enjoys sailing, was among the first people in the country to buy an original Ford Mustang in the 1960s. Now, more than 50 years later, it could be that he’s one of the world’s oldest Mustang drivers.

“I fell in love with the first Mustangs that came out and I have hardly thought about another car since. You felt a bit like king of the road,” said Lennart. “I don’t have long to live now, maybe. So, I want to take the opportunities I have to drive and have a little fun in life. This is the real thing.”

A retired businessman who still works part-time as an accountant, Lennart also has some wise words for those who plan on still being behind the wheel when they are approaching 100.

“I would encourage younger drivers to let their porridge cool down first,” said Lennart. “Learn about a car properly before you drive it. You must always think about safety.” 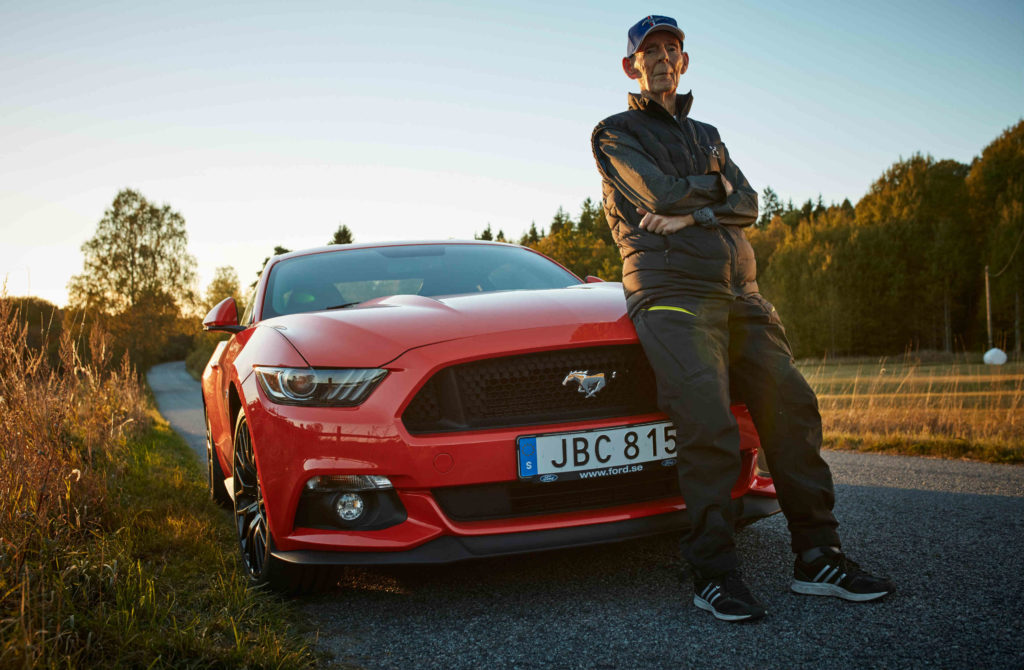 Read our reviews of the Ford Mustang here and here.

See how Ford fused a 2015 Mustang with a 1965 Mustang to create a museum exhibit.