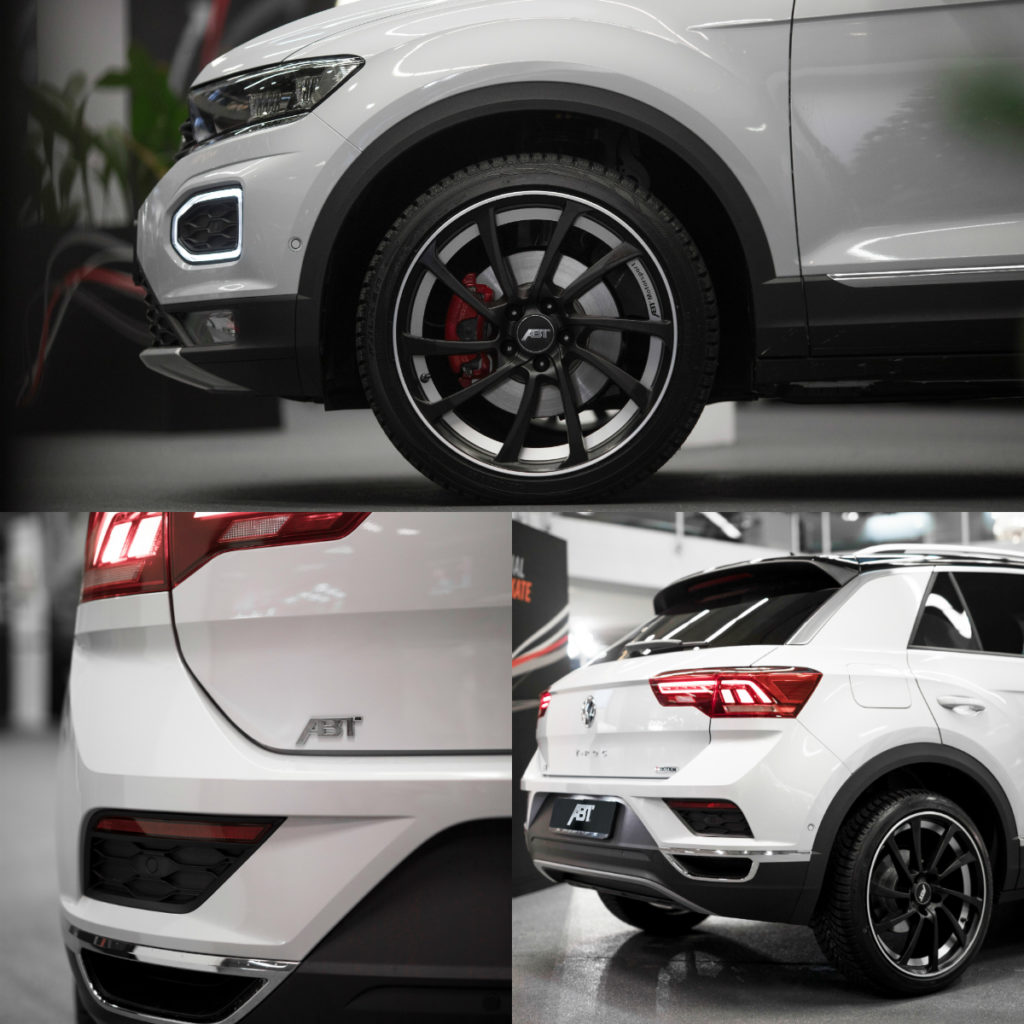 The Volkswagen T-Roc may be compact, but its attention factor is huge. The name itself is full of self-confidence and the style is no less courageous than in the Geneva study from which the SUV originates. Visually, the vehicle looks as if it could jump into a desert rally at any time.

There is certainly no shortage of horsepower – particularly with the powerful 190hp 2-litre turbo petrol engine. And this is still not the end of the story. The ABT Engine Control (AEC) unit developed by ABT Sportsline enables the 4-cylinder engine to develop 228hp, giving the T-Roc 20 percent more power. The maximum torque is increased to 360Nm, even challenging diesel engines in terms of pulling power in the low rpm range.

The world’s largest tuner for vehicles from the VW and Audi group has even more to offer for the dynamically designed SUV. While ABT Power delivers the “thrust”, ABT Suspension Springs provide the necessary control. With the standard all-wheel-drive, lowering the front and rear ends by 35 to 40 mm makes the T-Roc as stable as a rock on the road, but much more dynamic.

The T-Roc’s design may seem angular, but it’s completely well-rounded, easy to handle, practical and well-designed. Just like the alloy wheels from ABT Sportsline. The German company has three attractive designs ranging between 18-inch and 20-inch in stock. The DR, FR and ER-C differ not only in design, but also in colour. The latter rim is even available in two versions.

Check out the ABT Aerokit for the new Audi SQ5.