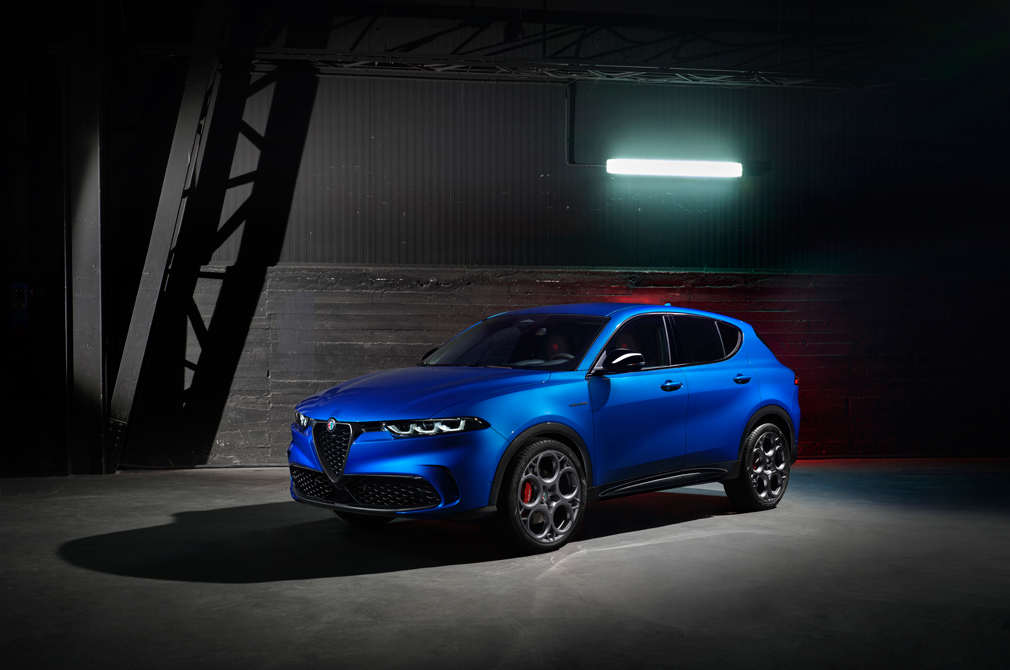 At 4530mm long and 1840mm wide, the Tonale will muscle up market share for the firm in the competitive premium crossover segment. Its rivals will include stalwarts like the Audi Q3 and Mercedes-Benz GLA.

INSPIRED BY ALFAS OLD AND NEW

It’s going to be an uphill task then. Fortunately, this crossover has good looks on its side. 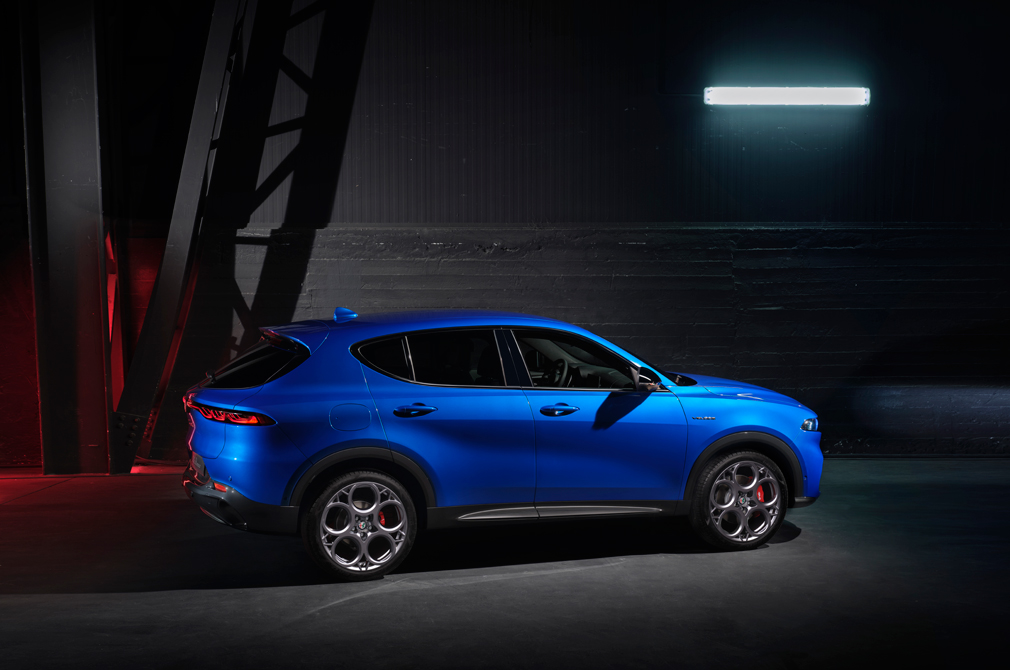 The Alfa Romeo Tonale will come with teledial alloy wheels, available in sizes from 17 to 20 inches.

At the front, the Alfa Romeo Tonale wears a grille more pronounced than that on the Stelvio. This grille is flanked at either side by what Alfa Romeo terms “3+3” headlights, which take inspiration from the SZ Zagato and the Proteo concept car.

These not only are full LED items, but also offer dipped beams that alter their angle depending on the speed of the car for optimum visibility.

Activate the high beams in the Tonale and the headlamps will also automatically cut out segments in the projection to avoid glaring oncoming traffic.

The Alfa Romeo Tonale will also get the iconic teledial alloy wheels seen on the concept car. 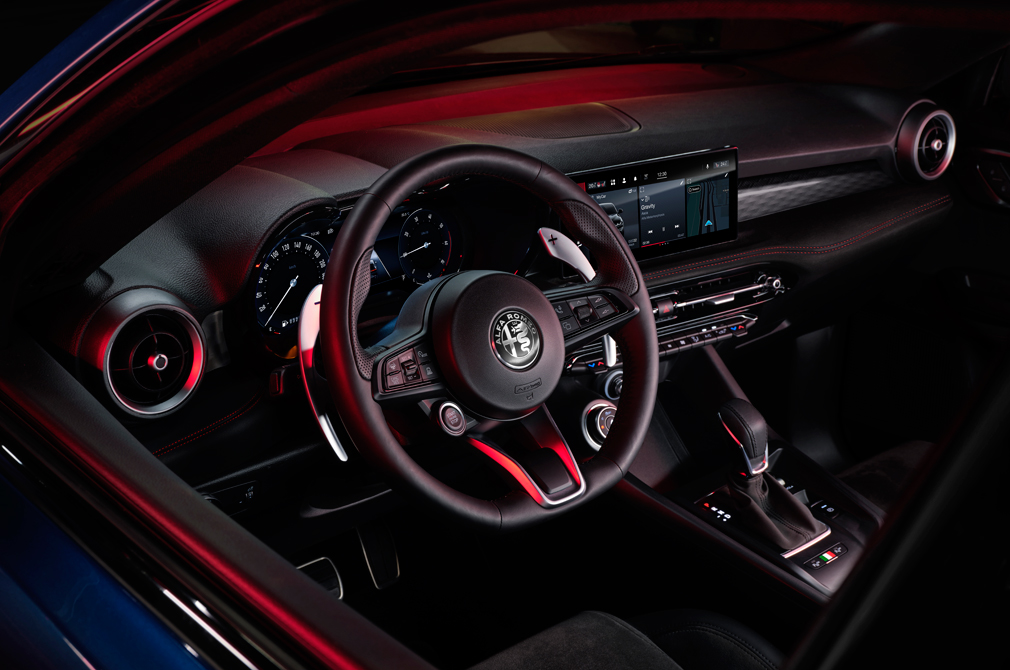 A 12.3-inch fully digital instrument cluster pairs with a 10.25-inch infotainment touchscreen in the cabin.

An evolution of the perforated telephone dial theme first seen on the 33 Stradale, those on the Tonale will be available in sizes ranging from 17-inch to 20-inch in diameter.

The cabin of the Alfa Romeo Tonale also communicates sportiness.

There’s an undulating dashboard here, alongside a diagonal centre console designed to face towards the driver. Also present is a fully digital 12.3-inch instrument panel, adopting the Alfa-iconic telescopic design.

This pairs with a compact steering wheel, while a 10.25-inch infotainment touchscreen lays to the side. The system is equipped with Amazon Alexa. 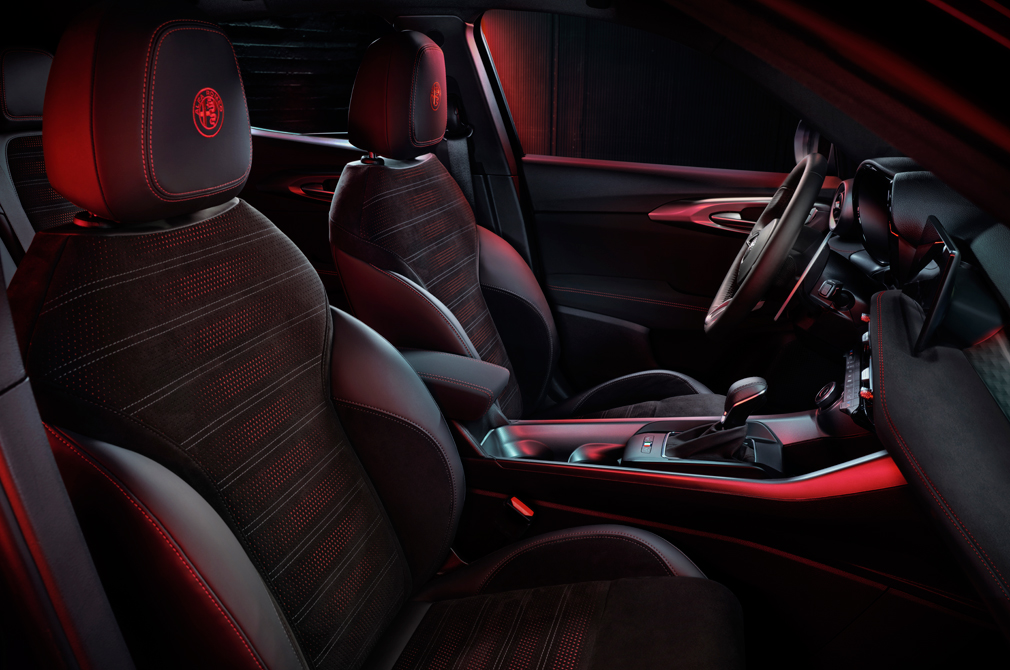 Inspired by the world of sportswear, the seats are upholstered in a neoprene fabric.

The driving mode selector, slim central air conditioning, as well as the central tunnel and handles, are all embellished with a diamond texture inspired by precision mechanical processing with laser engraving.

There’s also a new electrified line of engines to help the Tonale compete with the Germans.

Two outputs are available from a 1.5-litre 4-cylinder: 128bhp and 158bhp. The 158bhp version gets a variable geometry turbocharger, but both will come equipped with a 48V mild-hybrid system. 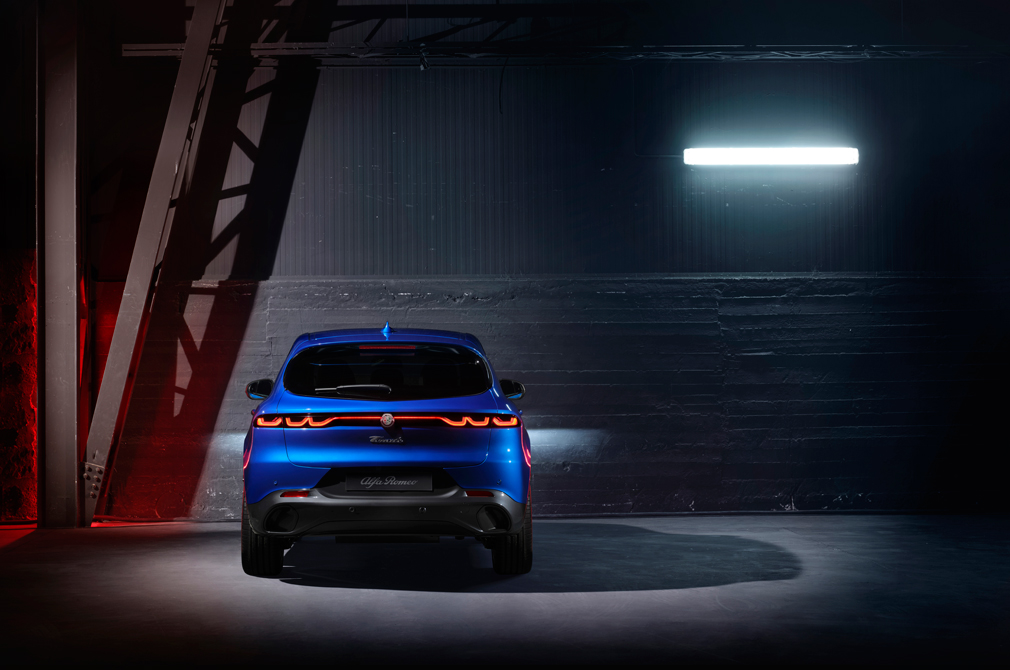 A plug-in hybrid variant of the Alfa Romeo Tonale will also be offered. It combines a 1.3-litre engine with a 15.5kWh battery that feeds an electric motor at the rear axle.

Total system output for this variant stands at 271bhp. Alfa Romeo states that the plug-in hybrid will accomplish the century sprint in 6.2 seconds. Brembo brakes are on hand to rein in that performance.

Meanwhile, electronic adaptive dampers alongside a MacPherson-type front suspension, which Alfa Romeo states has been setup to offer rapid and precise changes of direction, promise exciting handling for the Tonale.

So, will it be German pretzels or Italian focaccia for you?

Don’t leave until you’ve seen this charming Alfa Romeo 4C Spider, a tribute to the classic 33 Stradale!
Or perhaps you’re flavour of plug-in hybrid is more like this Jeep Renegade 4xe?