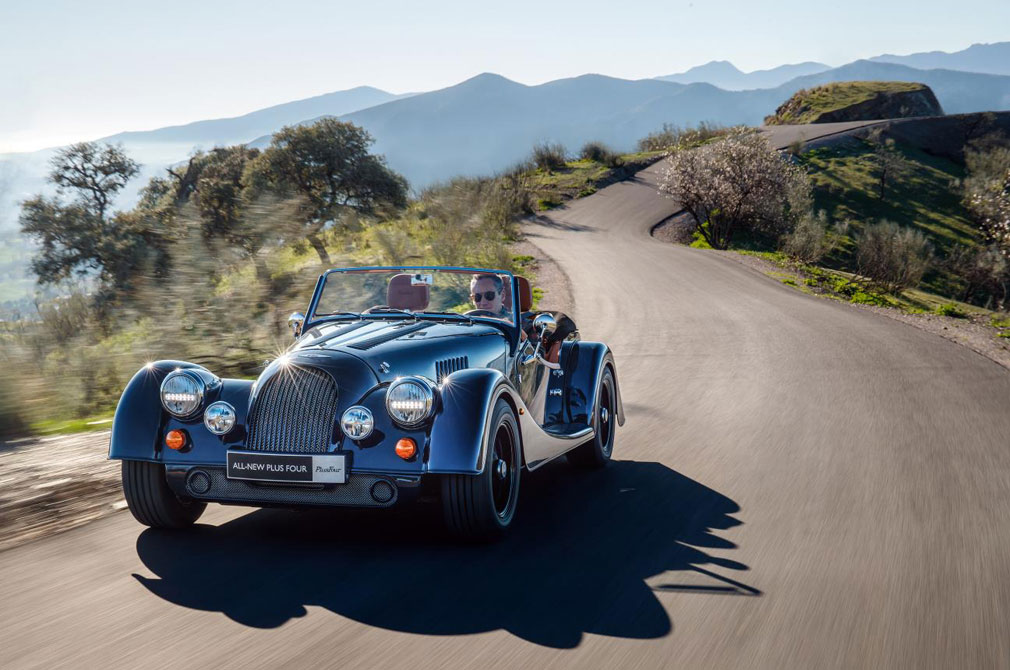 The Morgan Motor Company has introduced the all-new Morgan Plus Four. The car is based on the bonded aluminium platform that also underpins the Plus Six.

The new platform, which weighs 97kg, is exponentially more rigid than the outgoing steel ladder chassis. This adds to the Morgan Plus Four’s agility, response and balance.

Morgan claims that the handling of the new Plus Four will be instantly familiar to anyone who has driven a Morgan sports car, past or present. 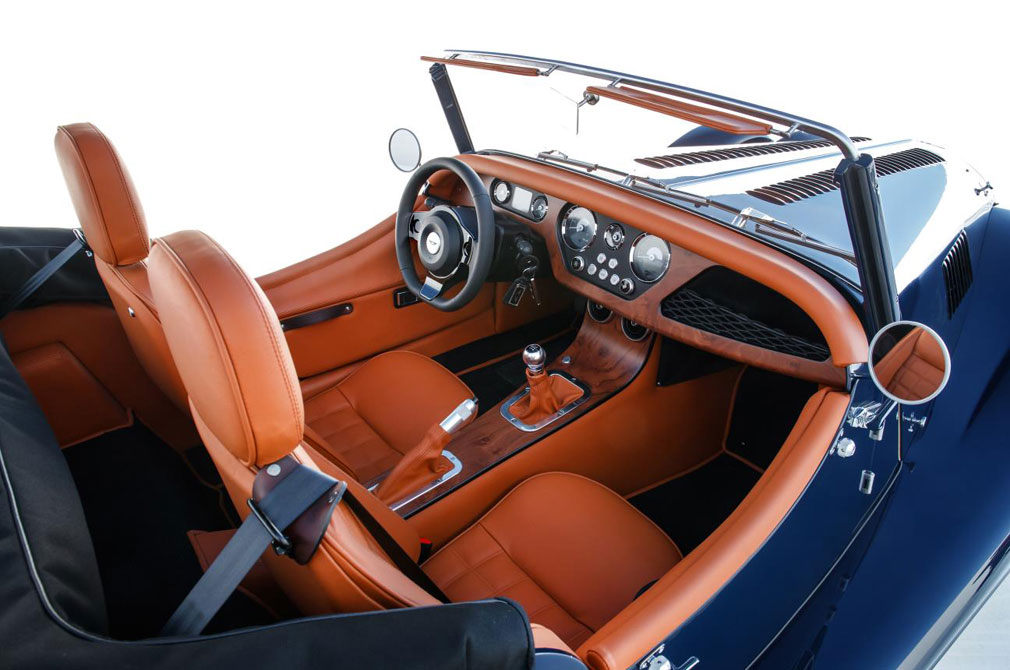 The new Morgan Plus Four retains a similar footprint to the model it replaces, but better packaging has allowed for increased interior passenger and luggage space.

Ingress and egress have also been dramatically improved to enhance the day-to-day usability of the car.

New 15-inch wire wheels are also being offered for the Morgan Plus Four. This was an addition that required redesigned wishbones, suspension uprights and braking components.

A newly designed alloy wheel style, which references sports cars of the 1960s and 1970s is available. Older Morgan wheel designs can be specified as well.

Powering the Morgan Plus Four is a turbocharged 2-litre BMW TwinPower engine. This is the first time a turbocharged 4-cylinder is powering a Morgan. Said powerplant produces 255bhp and 400Nm of torque. 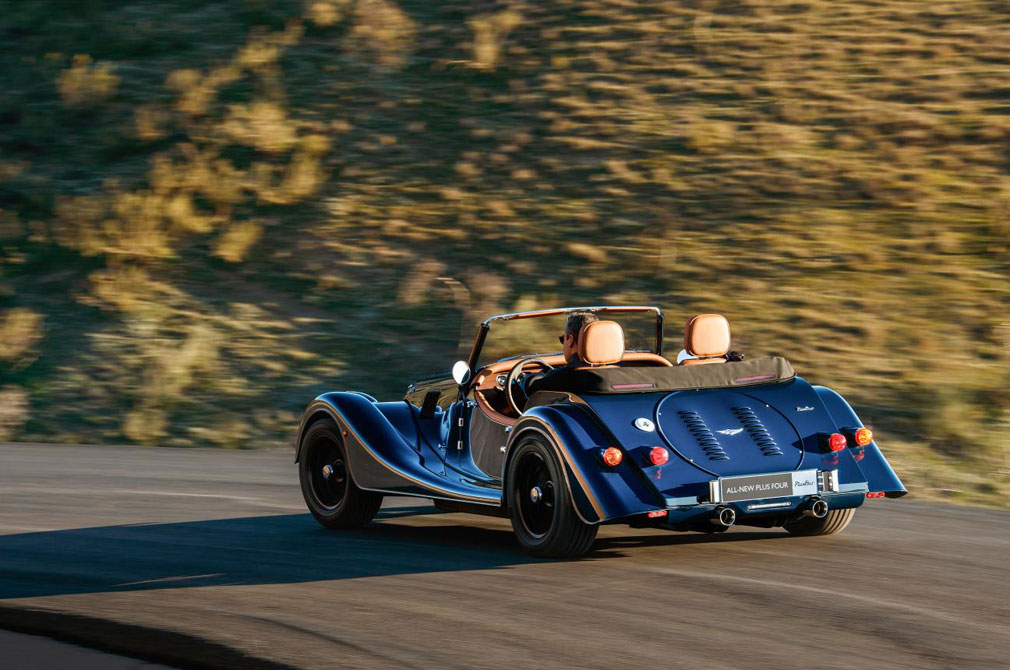 With a dry weight of 1009kg, the Plus Four’s zero to 100km/h sprint is accomplished in 4.8 seconds. The car has a top speed of 240km/h when fitted with the 8-speed automatic gearbox.

The automatic gearbox also has a manual override function. This can be utilised with either the gear selector or the column-mounted paddle shifters.

Traditional Morgan values will remain crucial to the production of the new Plus Four. Every Morgan will be built at the company’s Malvern headquarters. The cars will continue to be made with time-proven production methods.

The car’s aluminium panels will continue to be hand-beaten and the leather interior will remain hand-trimmed. 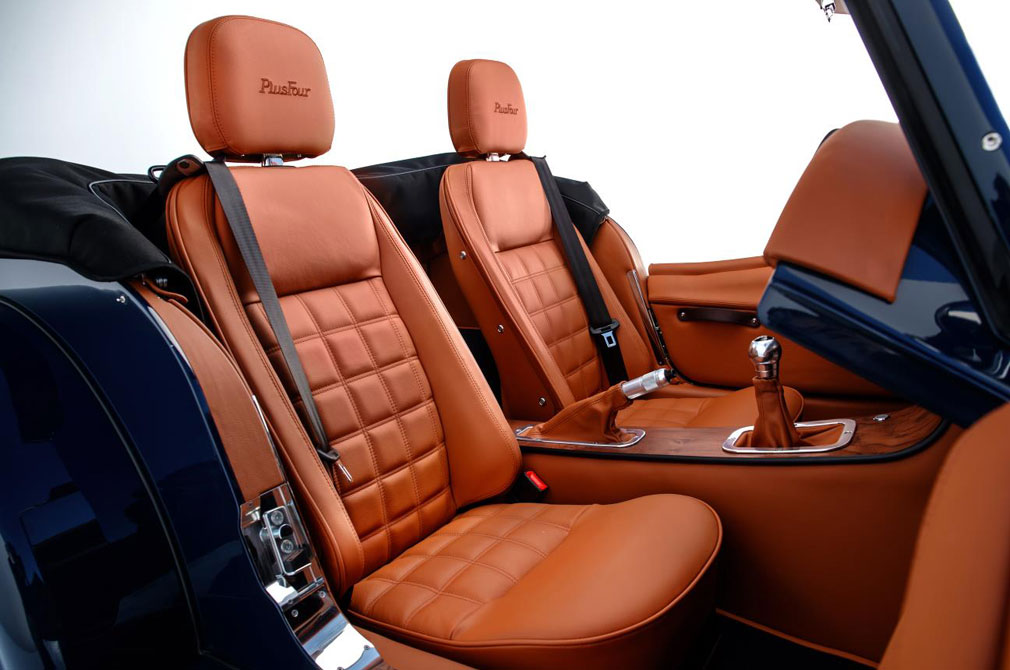 Also new to the model are automatic LED front and rear lighting, remote central locking and ABS. Items such as power steering, a mohair hood, sun visors and door check straps will still be offered as options.

That said, new optional equipment for the car includes puddle lights and an audio system with Bluetooth connectivity.

Looking for a matching ride for junior? Morgan will happily build your precious ones something to ride in as well. Read about it all here! 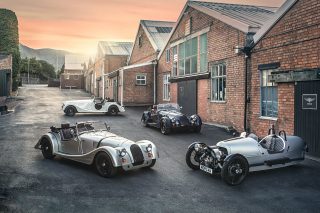