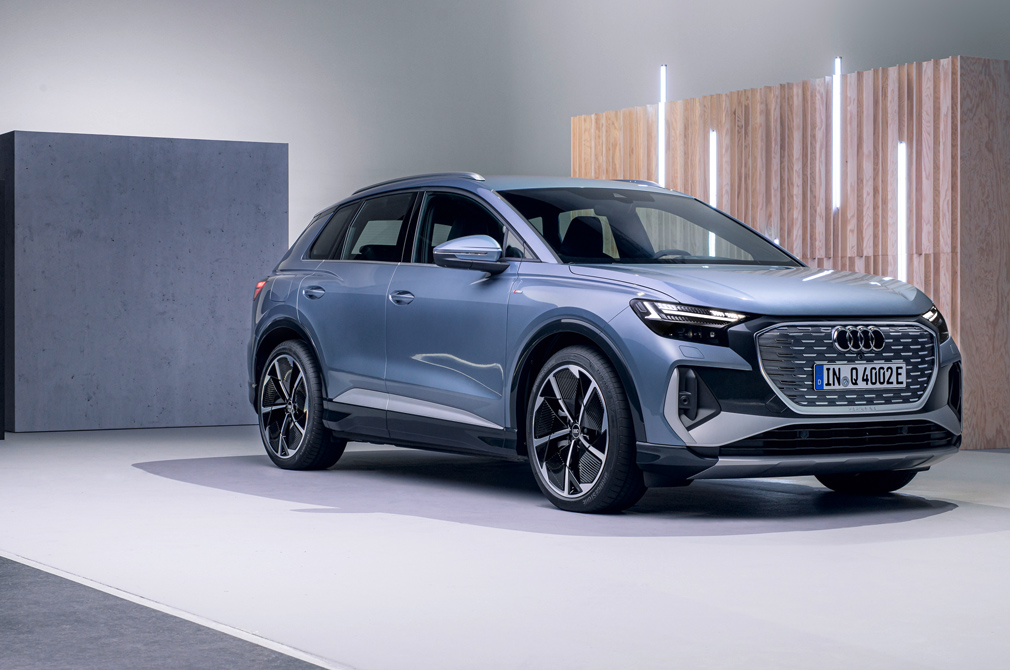 Audi has introduced the Q4 e-tron, the brand’s third all-electric model. It follows the launch of the e-tron and e-tron GT models.

The Q4 e-tron is also Audi’s smallest electric SUV and serves as the brand’s entry-level electric model. It will be available in three variants, and with up to 295hp (220kW). 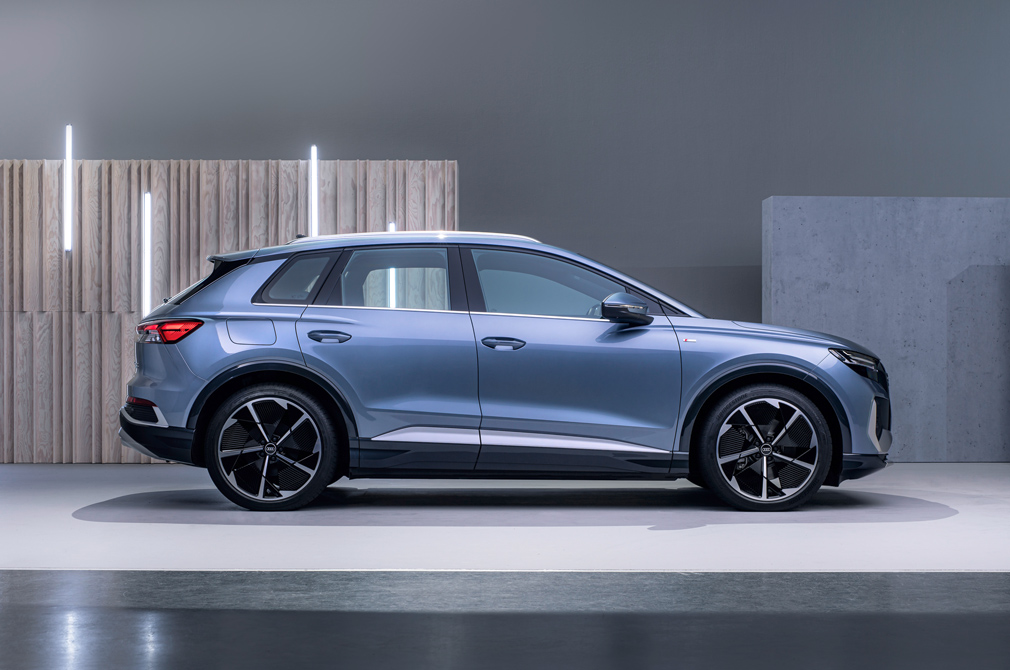 The Q4 e-tron has a bold design, with a high, upright front end and an eight-corner Singleframe grille.

Designers gave it a sporty profile, too, with “flatter” A-pillars and a roofline that stretches low. There are blistered wheel arches and striking contours on the lower part of the doors. The D-pillar ends with a roof edge spoiler.

A light strip cuts across the rear end. At its centre, the tail-light beams out in a fine line that splits into separate segments at either end. When the car is unlocked, dynamic “leaving home” and “coming home” light sequences are played in the headlamps and tail-lamps. 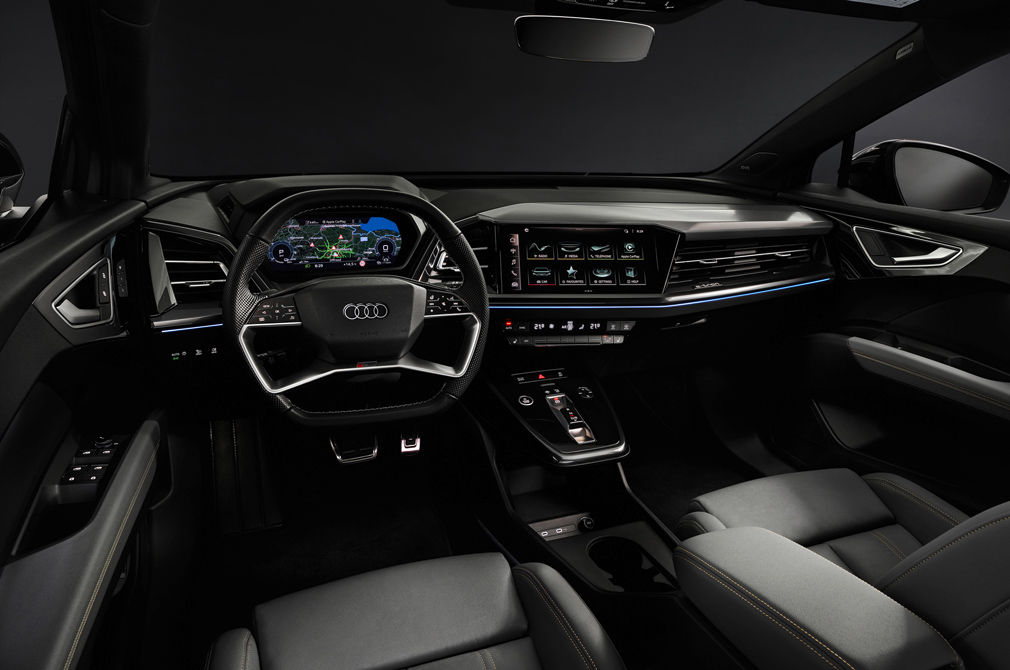 The Audi Q4 e-tron features a digital cockpit, with a 10.25-inch instrument cluster (virtual cockpit) that is paired to either a 10.1-inch or 11.6-inch MMI touch display.

Buyers can also opt for the new augmented reality head-up display, which reflects pertinent information to the driver.

The turning arrows from the navigation system, for instance, can be superimposed on the corresponding place on the real-life outside world. They will appear to be roughly ten metres away from the driver.

Depending on the situation, they can also be presented as being further ahead. The backseat in the Audi Q4 e-tron promises enough room for three adults, thanks to the flat floor. Occupants also sit higher than the driver and front passenger, as the bench is 70mm taller than the front seats. 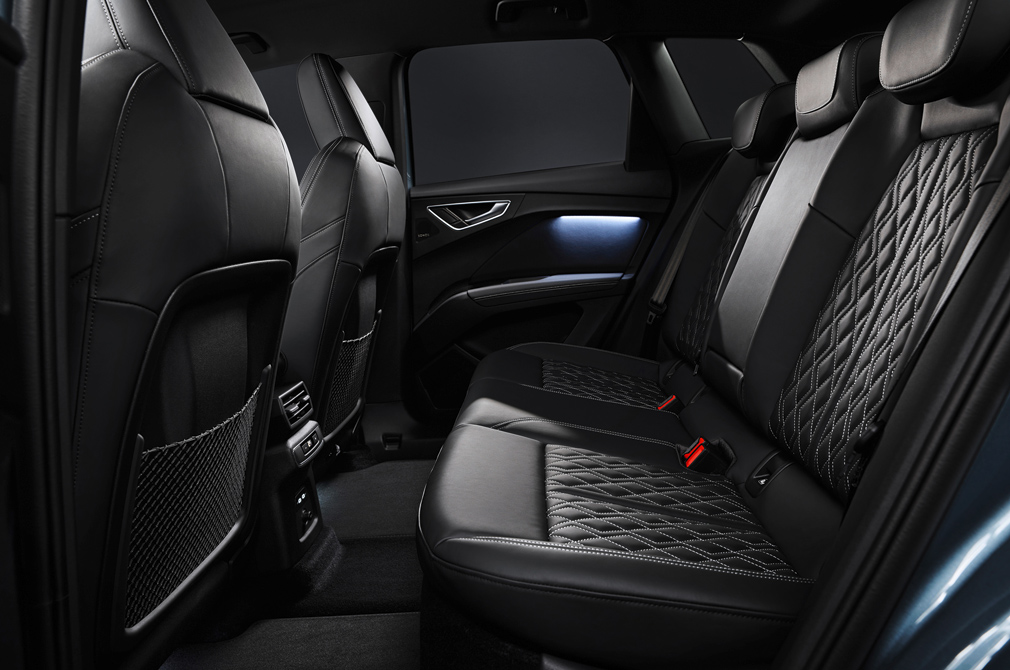 To accommodate loose items, the cabin offers up to 24.8 litres of storage space. Boot volume is 520 litres with the rear seats up and 1490 litres when the seat backs are folded. 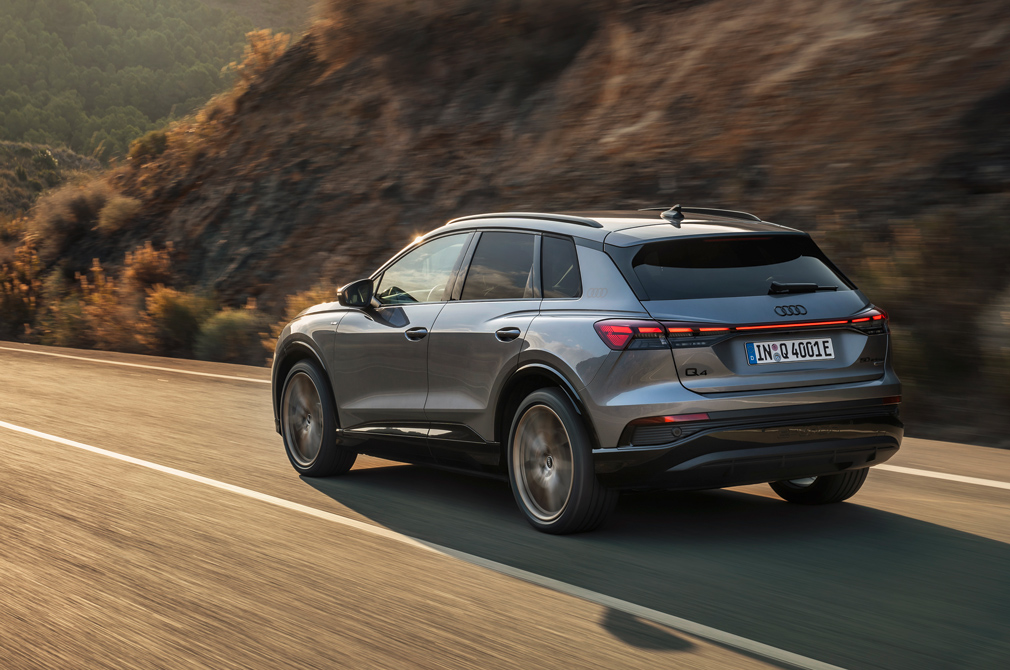