Take a bow, venerable V10, and blow out the 10 candles on your birthday cake.

Audi is celebrating a decade of the 5.2-litre, TFSI engine powering the R8 V10, and what better way to do it than with a special edition. 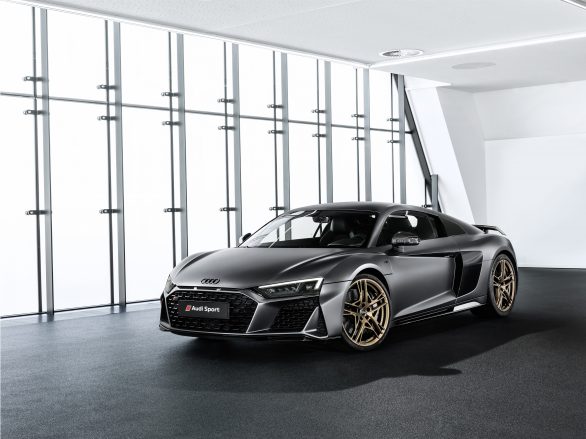 The front spoiler, the side sills and the diffuser comes in gloss black, while the side blades and the exterior mirror housings are made from gloss carbon fibre. 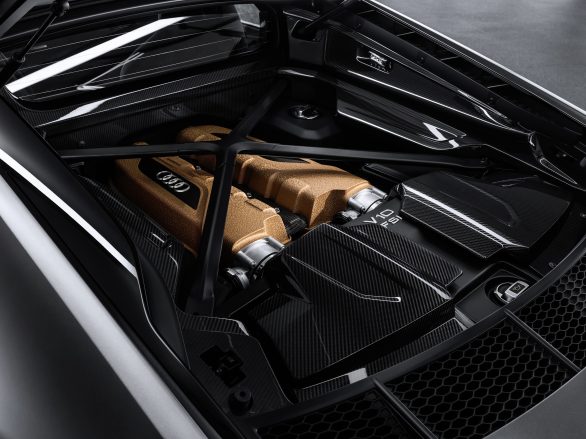 If you want, there is a choice of other colours like a pearl effect Daytona Gray, metallic Suzuka Gray and metallic Ascari Blue.

The interior of the R8 V10 Decennium is finished entirely in black, with the inlays in gloss carbon fibre.

The quilted rhombus pattern stitching on the sport seats is finished in gloss black with the contrasting stitching in a gloss copper. 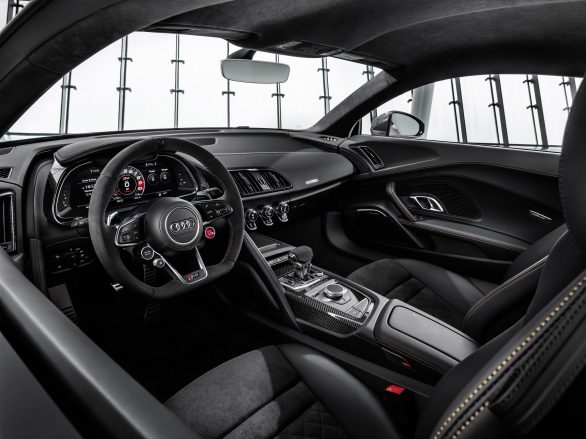 The selector lever and the steering wheel – with Alcantara rim and black 12 o’clock marking – feature copper-coloured stitching, as do the centre armrest, door armrest and door rail. See the theme here?

Audi is particularly proud of the “Decennium” badge in the centre console.

Finished in an Audi-patented matt finish, the company says the surface of the material is roughed to “a few thousandths of a millimetre” using a special powder.

The heart of the R8 V10 Decennium is Audi’s naturally aspirated 5.2 FSI in its most powerful output rating.

That’s the same engine in the new R8 V10, launching alongside the Decennium special edition. 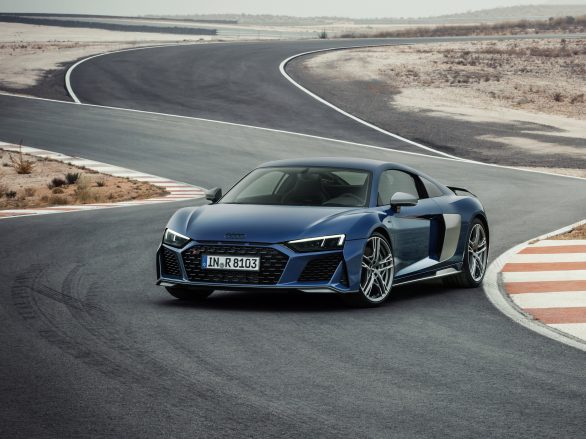 It looks pretty spectacular even compared with the outgoing model, with sharper edges and a more aggressive nose.

Suspension and performance have also been honed from the previous model.

Two states of tune from the same engine will be available: one with 570hp and the other with 620hp.

Audi R8 V10 Plus scores an A+ for performance