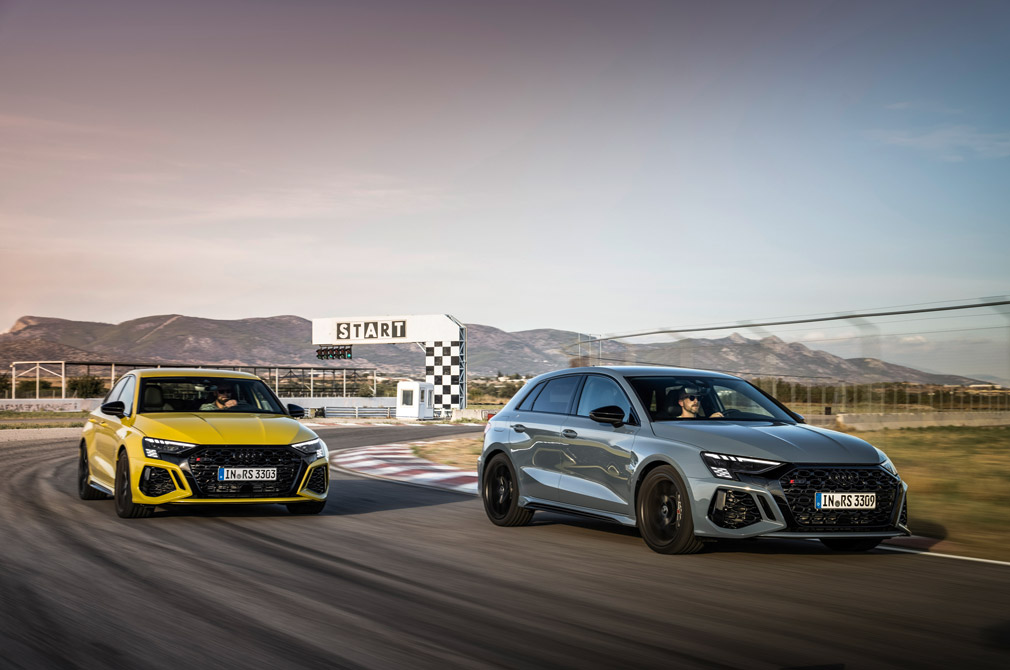 The Audi RS3 Sportback and RS3 Sedan are officially available in Singapore.

Like their predecessors, both models are equipped with turbocharged inline-5 engines and quattro all-wheel-drive. Audi says that both boast even greater performance and agility than before.

The Audi RS3 Sportback and Sedan feature even more dynamic styling compared to the older models.

Matrix LED lights are standard, along with 19-inch cast wheels, RS-specific rear bumpers with a built-in diffuser, and the RS exhaust system. 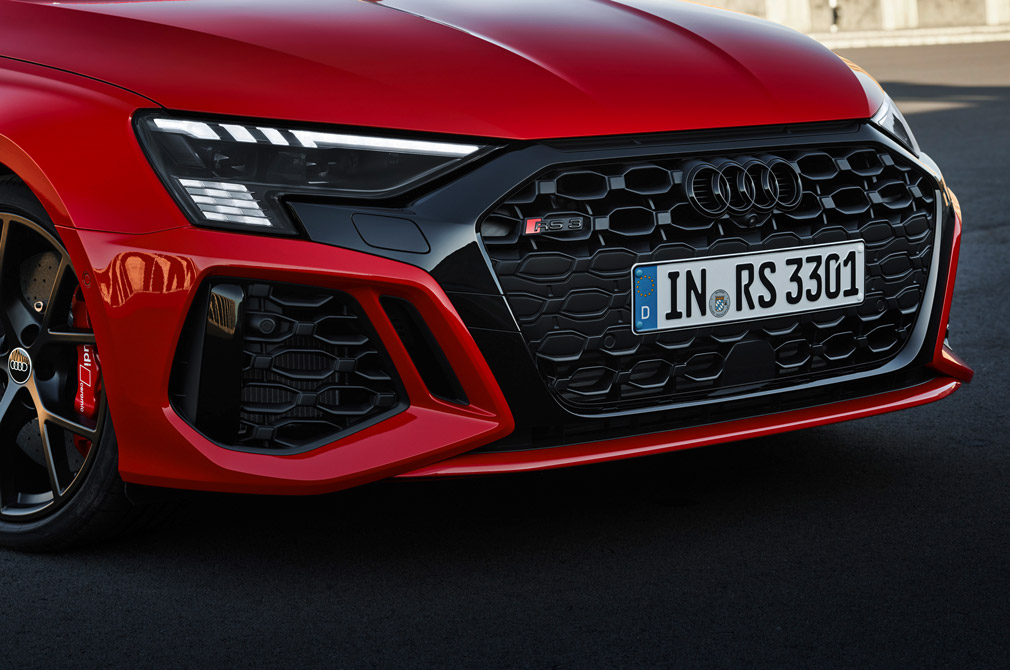 Several exterior components, such as the rocker panel inserts and spoilers on the tailgate and roof edge, can be specified in carbon-fibre for a more motorsport-inspired look. Eight paintwork options are offered, including the RS-specific Kemora Gray and Kyalami Green hues.

Both the RS3 Sportback and RS3 Sedan also have several RS-specific touches inside. These include a selectable “RS Runway” layout for the Virtual Cockpit instrument panel. Other goodies here include displays for the g-forces, lap times and 0-100km/h times.

When the manual override function is in use, an RS-specific blinking shift indicator is active. Similar to the type used in motorsports, it changes the rpm display from green to yellow to red, helping the driver decide when to change gears. The system is also part of the head-up display.

The instrument cluster gets carbon-fibre trim, while the seats are upholstered in Nappa leather and feature honeycomb stitching. Contrast stitching, previously only available in glossy black or red, can now be had in green. 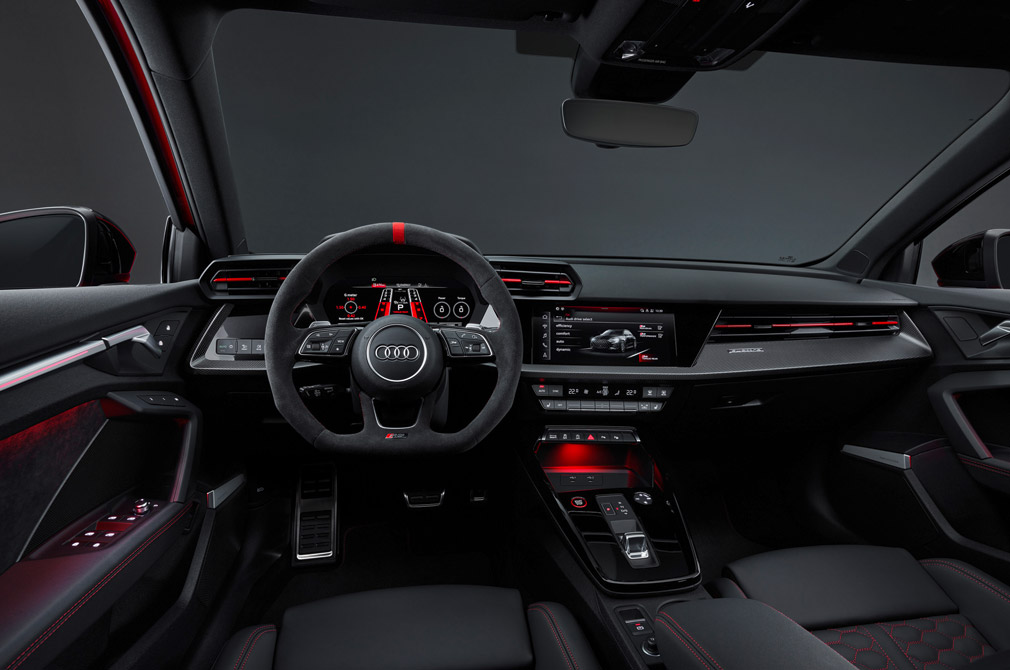 The RS3 Sportback and Sedan models are equipped with an even more powerful version of the turbocharged 2.5-litre 5-cylinder engine.

It pumps out 394hp and 500Nm of torque, or 20Nm more than before. These figures enable both RS3 models to reach the century mark in 3.8 seconds, 0.3 of a second quicker than before. Top speed is electronically governed to 250km/h, but this can be optionally increased to 290km/h.

Delivering the engine’s soundtrack is a new exhaust system, which for the first time has a fully variable flap control system that supports intermediate positions for broader sound characteristics.

Apart from quicker acceleration, the RS3 offers improved handling, too, thanks to the RS torque splitter and specific RS modes. Available for the first time in an Audi, the RS torque splitter features an electronically controlled multiple disc clutch on each of the driveshafts, offering fully variable torque distribution between the rear wheels. 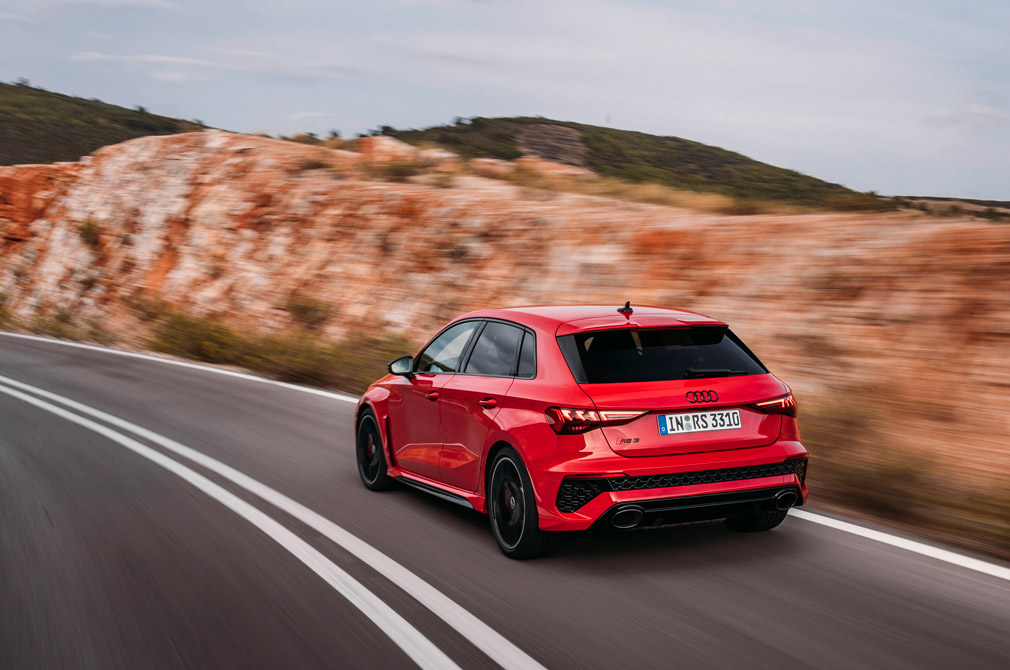 There’s a new RS Performance mode for the RS3 that’s designed specifically for the racetrack. When activated, the torque splitter ensures the most neutral handling possible.

An additional mode is available for those who like to drift: RS Torque Rear. It tells the torque splitter to send 100 percent of the engine power or up to a maximum of 1750Nm to just one rear wheel.