Braddell Flyover congestion-free for now, but traffic could be heavier after school holidays | Torque
Loading posts... 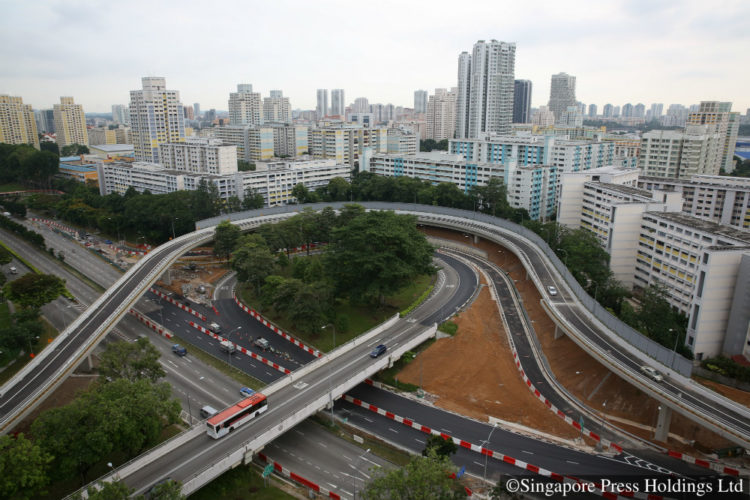 It was a smooth start at the newly-opened Braddell flyover on Monday (June 12), the first day of the work week.

The flyover, which opened to traffic at 6am the day before, is designed to ease congestion along Braddell Road, which can slow to a crawl during peak hours.

With the flyover, motorists from Toa Payoh Lorong 6 can connect directly to Upper Serangoon Road and Bartley Road via the Braddell Underpass.

The Straits Times was on site between 8.30am and 9.30am on Monday (June 12) and observed that traffic moved smoothly with no congestion spotted.

However, several motorists suggested traffic may have been lighter because of the school holidays. The effectiveness of the flyover can only be ascertained when schools reopen on June 26.

Engineer Kevin Tan, 28, who took the flyover during the morning peak hours, said: “It was not too bad. The traffic flow was quite light. But, it is too early to judge now as it is the school holidays.”

Cabby Ilzam Samsudin, 50, agreed. He said the congestion may returnafter school reopens, but “expects it to be better” than before.

She said on Sunday, she missed the turn to get onto the CTE because of changes made to road connections after the flyover.

“The overhead road sign was located after the splitting of lanes which is too late for me to make any changes.”

The lanes split before the flyover, directing traffic to Bishan Street 11 towards the CTE, Bishan flyover and Bartley Road.

Mr Lee Hoo Sui, a motorcyclist living at Toa Payoh Lorong 8, said he was doubtful the flyover will help with the congestion along Braddell Road.

The 65-year-old retiree said: “The flyover is built for motorists travelling towards Bartley, which has a lighter traffic flow. But the congestion is mainly caused by those entering the CTE.”

When The Straits Times returned to the vicinity of the flyover at 6.40pm during the evening peak period, there was no congestion on the flyover towards Upper Serangoon Road and Bartley Road or at the entrance to the Braddell flyover.

Traffic however was considerably slow on the Toa Payoh North flyover. Cars were seen inching towards the direction of Bishan Street 11 and CTE.