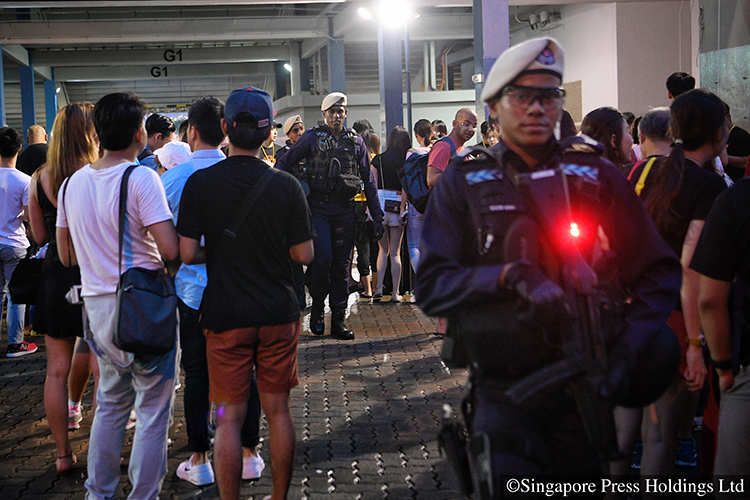 Road closures and enhanced security measures will be in place to ensure the safety and security of the public during the 14th edition of the Marina Bay Singapore Countdown 2019.

Police officers, auxiliary police officers and security officers will be deployed to manage crowds at the annual party on Dec 31.

Security personnel may conduct checks on bags and personal items, the police said on Thursday.

Members of the public are advised to be vigilant against molesters.

The public are also reminded not to engage in activities that may compromise the safety of others, such as the flying of any unmanned aircraft, including drones, in the vicinity of the New Year countdown events.

Certain exits of MRT stations around the Marina Bay area may be closed in the event of overcrowding, the police said. 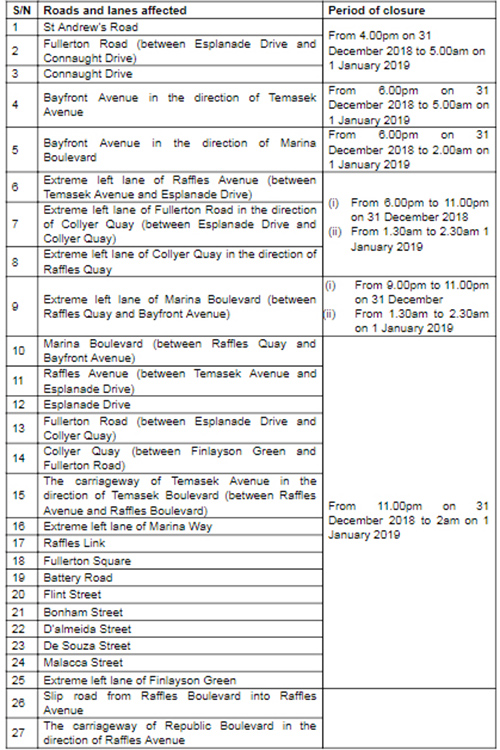 The public is advised to follow the instructions of the marshals and police officers on duty.

In addition, pedestrians will not be allowed to congregate on the footways on Esplanade Bridge and Bayfront Avenue along Helix Bridge.

The footway on Benjamin Sheares Bridge will be closed to pedestrians from 5pm on Dec 31 to 2am on Jan 1.

Road closures due to the countdown event will affect 27 roads and lanes.

Affected roads include St Andrew’s Road, Fullerton Road and Connaught Drive, which will be closed between 4pm on Dec 31 and 5am Jan 1.

Heavy traffic and delays are expected after the event ends, and dispersal is likely to be slow due to large crowds, the police said.

Crowd control barricades and directional signs will be put up to facilitate safe and orderly dispersal.

Anyone with information on suspicious people or activities can contact the Internal Security Department on 1800-2626-473 or the police (999 or SMS 71999).

Information can also be provided to the authorities via the SGSecure mobile app.